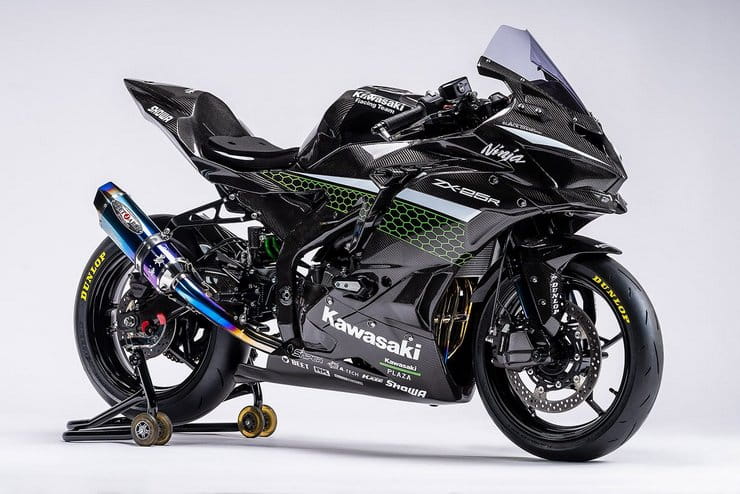 Kawasaki has revealed images of a new race-spec version of the ZX-25R 250cc four-cylinder sports bike along with plans to launch a one-make series for the machines in 2021.

The ZX-25R caused a stir last year when it was revealed at the Tokyo Motor Show, but at the moment we’re still waiting for full specifications and details of Kawasaki’s plans for the bike. There are rumours that it makes around 45hp, putting it on a par with the short-lived 250cc four-cylinder sports bikes of the 1980s and early 90s, and we know it revs to 17,000rpm. That’s actually quite a lot less than the highest-revving of the old generation of 250cc fours, some of which touched the 20,000rpm mark.

The bike also has modern electronic controls, including traction control, and up-to-date suspension including Showa SFF Big Piston forks. It’s due to be built in Indonesia, which will also be the ZX-25R’s main market. 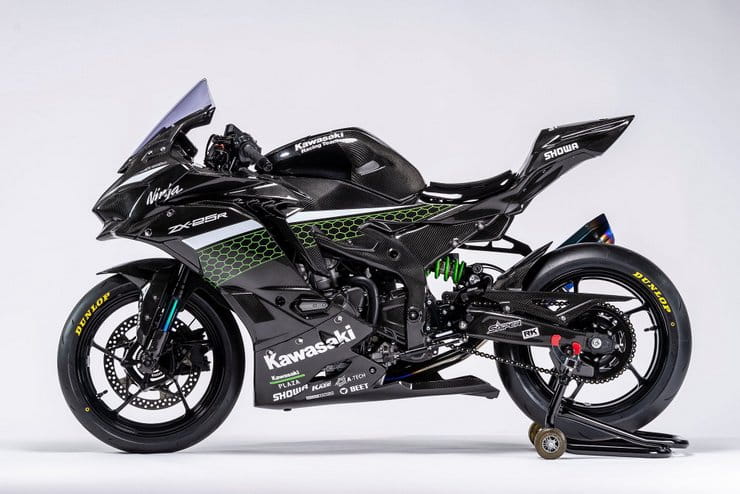 The planned presentation of the ZX-25R in Indonesia, originally scheduled for 4th April, has been delayed thanks to the Coronavirus crisis, but no doubt full details will emerge imminently. In the meantime, here’s a race version of the bike, which Kawasaki plans to use in a one-make series starting in 2021.

The race version seen here includes ‘Blackdiamond’ bodywork from ATEC, a Beet exhaust system, the rear shock from a ZX-10R, new surface treatment on the stock ZX-25R forks, adjustable brake and clutch levers and Dunlop Sportmax rubber. However, Kawasaki isn’t planning to sell race-spec bikes like this – instead competitors for the new series are expected to buy stock machines and modify them themselves with aftermarket components. 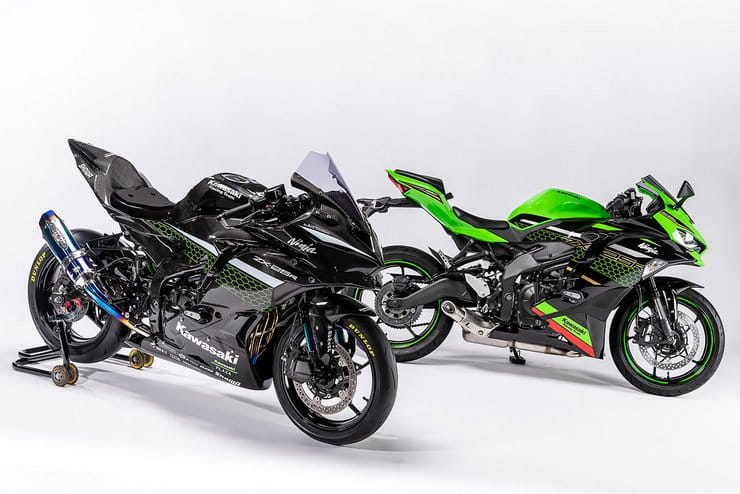 The big question of whether the ZX-25R will ever be sold in Europe remains unanswered at the moment, but don’t get your hopes up.

Getting the screaming four-cylinder engine through Euro 5 emissions rules would be a serious challenge for engineers, and with a relatively high predicted price the ZX-25R would be unlikely to sell in large enough numbers in European markets to justify the investment needed to gain that certification.

The sheer size of the Indonesian motorcycle market – 6.5 million bikes were sold there in 2019 – means it’s big enough for manufacturers like Kawasaki to develop market-specific models like the ZX-25R. It also has relatively lax emissions laws and big taxes on bikes over 250cc, creating a perfect scenario for the ZX-25R. That scenario simply isn’t replicated in Europe, where buyers with money to spend can get their performance fix by buying larger-engined machines.