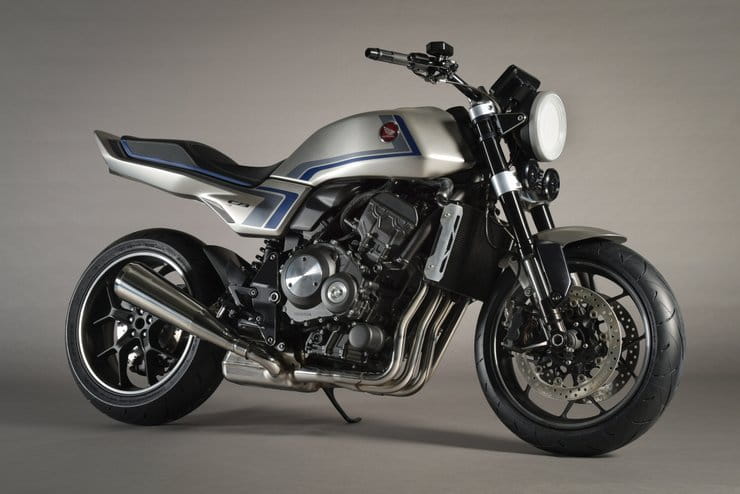 The idea of retro bikes is nothing new but to ensure they continue to appeal to new generations of riders the era that’s being recalled needs to constantly move forwards. So with the new CB-F concept bike Honda is taking inspiration not from the original CB750 of 1969 but the CB900F that debuted in 1981.

While the style is very different, the CB-F could be seen as a response to Suzuki’s new Katana. Like the Katana, it’s a 1000cc four-cylinder based on an existing platform but draped in an updated version of 40-year-old styling. Perfect for appealing to the childhood dreams of today’s middle-aged riders 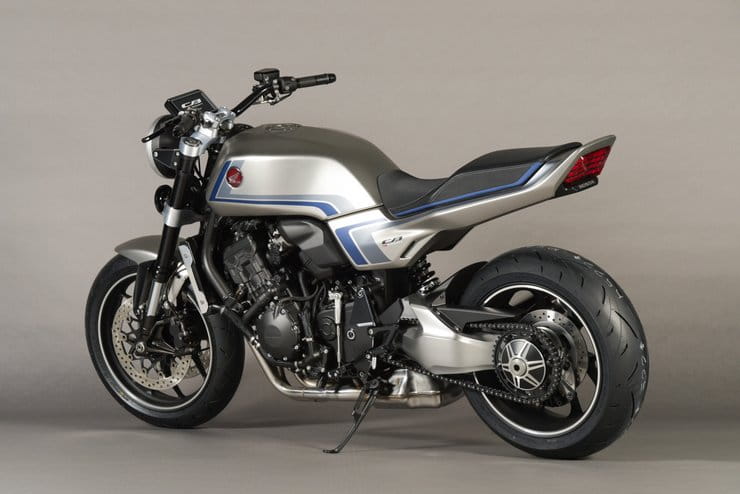 The underpinnings in this case come from Honda’s existing CB1000R. That means we’re looking at 143bhp and 77lbft of torque in a package that should weigh around 213kg in ready-to-ride form. Not headline-making numbers in today’s era of 200hp-plus naked bikes but figures that wouldn’t have shamed a full-on superbike a few years ago.

Honda’s official dimensions for the CB-F – 2120mm long, 790mm wide and 1070mm tall – are all within a whisker of the CB1000R it’s based on, showing that this is a styling job more than anything else.

The chassis, engine, swingarm, forks and wheels all appear to be borrowed directly from the CB1000R, just as Suzuki’s Katana takes its mechanical parts from the GSX1000S. While Honda hasn’t made any comment on whether the CB-F concept will lead to a production model, it’s clear that it would be a simple job to turn it into a showroom-ready bike if there’s enough demand.

While it’s a retro model, the CB-F’s details include elements that bring it into the 2020s, including a colour TFT dashboard and full LED lighting. 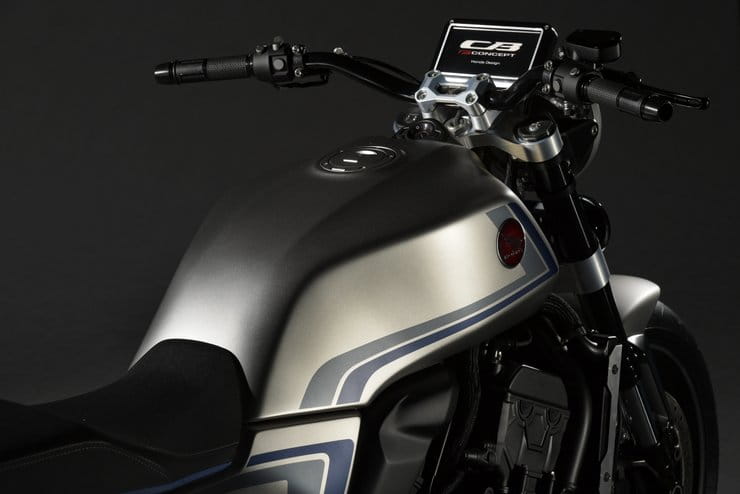 Originally due to be launched at this weekend’s Tokyo Motorcycle Show – not to be confused with the much larger Toyko Motor Show that takes place every other October – Honda’s plans for the CB-F’s unveiling were stymied by the Coronavirus pandemic and the subsequent cancellation of that show. As a result, the firm has given it an online unveiling in a ‘virtual motorcycle show’ – building the stand that would otherwise have been at the event and giving a video tour of the bikes on it. It’s in Japanese, but can be seen here.

The new CT125 Hunter Cub also makes its debut at the ‘show’.

The question is whether the 1980s-flavoured CB-F concept differs enough from the existing CB1000R – already a ‘neo-retro’ design, but not such a slavish replica of a particular past model – to justify existing alongside it.

The CB-F Concept is the result of revisiting the CB series’ history, which reached its sixth decade last year, and thoroughly exploring what to preserve, and what to evolve with the company’s flagship sports bike.

The CB-F Concept is an ambitious fusion of cutting edge technology with a design paying homage to the CB900F（CB750F in Japan）, a Japanese global model which, in part through the North American racing scene, brought to the six-decades of CB models an iconic status.