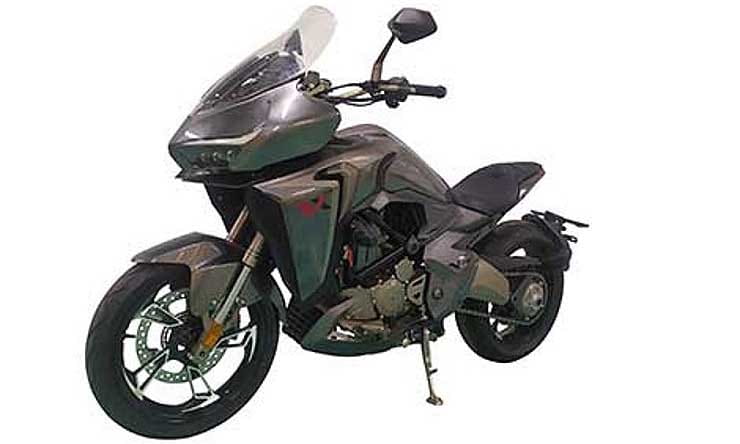 Zontes has been making some waves with its well-regarded 312cc ‘310’ models recently – with glowing reviews and low prices. Now another variation on the theme is on the way in the form of a part-faired version of its V310 model.

The V310 (below) is already something of an oddball. Yet to be added to the firm’s UK range, it’s a little like a miniature Ducati Diavel, with muscle-cruiser proportions, but shares the same mechanical parts as the existing R310 naked bike, X310 sports tourer and T310 adventure model. With the VX310 (above) Zontes adds a screen and half fairing to the mix, while keeping the existing V310’s high bars and low seat.

The image here also confirms that Zontes is moving from its current KTM-style externally-braced, double-sided swingarm to a single-sider. In China, the firm already offers both the dual-sided and single-sided arms on the ‘R’, ‘X’ and ‘T’ models, and single-sided versions of the ‘V’ have been spied but not officially released yet. It’s certainly a visual upgrade and one that gives the bikes a high-end look that belies their low prices.

In terms of specs, the upcoming VX310 has the same 312cc single-cylinder engine making a decent 35bhp as the rest of the range, driving through a 180-section rear tyre that’s probably wider than it needs to be but certainly helps the bike’s visual appeal. On the tech front there’s Bosch 9.1M ABS, Delphi fuel injection and full LED lighting.

While Chinese-made bikes have a tendency to be disappointingly heavy, Zontes bucks the trend with some impressively light machines. The normal V310 is 147kg dry and 157kg ready-to-ride. The part faired VX model is a bit heavier at 168kg (ready to ride), thanks to the single-sider and the fairing, which both add a bit of mass. 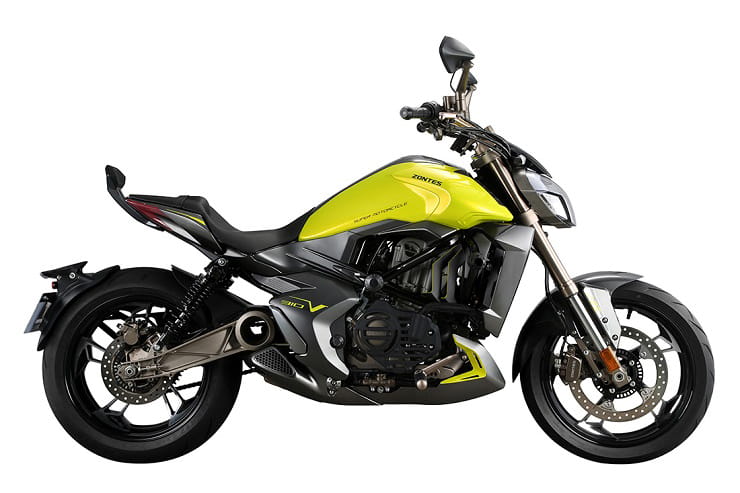