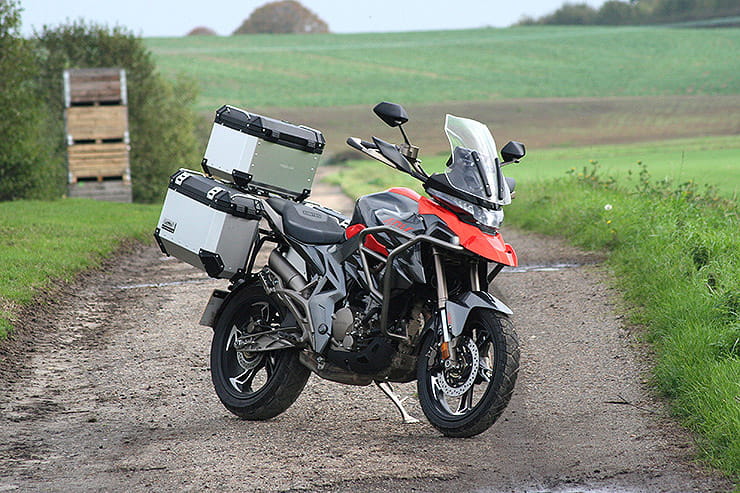 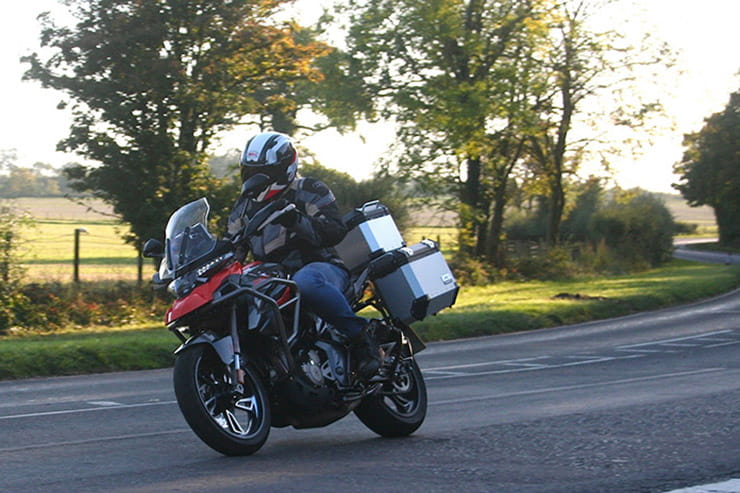 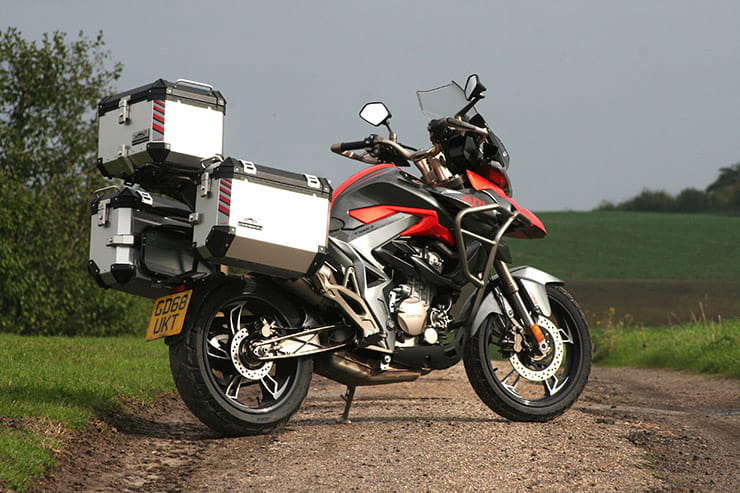 What's in a badge? Well quite a lot, when it comes to motorcycles. BMW, Royal Enfield and Kawasaki all offer 300-400cc adventure bikes, all of which get plenty of attention. We know several mature riders who have happily downsized to a G310, Himalayan or Versys 300, because the marque badges have a history and they're familiar to anyone who has grown up riding bikes in Britain. But what about Zontes? Until recently, if those riders had even heard of the marque, it was of a Chinese maker of budget 125s. Which is a pity, because the Zontes T310 is a thoroughly up to date and competitive challenger among the smaller adventure bikes – it just doesn't have a badge that most of us can relate to.

There's actually a range of three bikes – the naked ‘R310’, sports tourer ‘X310’ and the adventure ‘T310’ – all powered by the same 312cc single and based around the same architecture. Of this triplet, the T is the best seller, hardly surprising given the burgeoning interest in smaller adventure bikes which offer some of the style and presence of a 1250GS with a much lower price, lighter weight, less intimidating dimensions and cheaper running costs.

The T310 comes in at £3999.99, which makes it the cheapest bike in this class. Even the Indian-made Himalayan costs another £200, while the G310 GS (also made in India) has a price tag of £5100 and the Versys is another £145 on top of that. So, the Zontes starts off with a decent price advantage – is that enough to justify buying one? 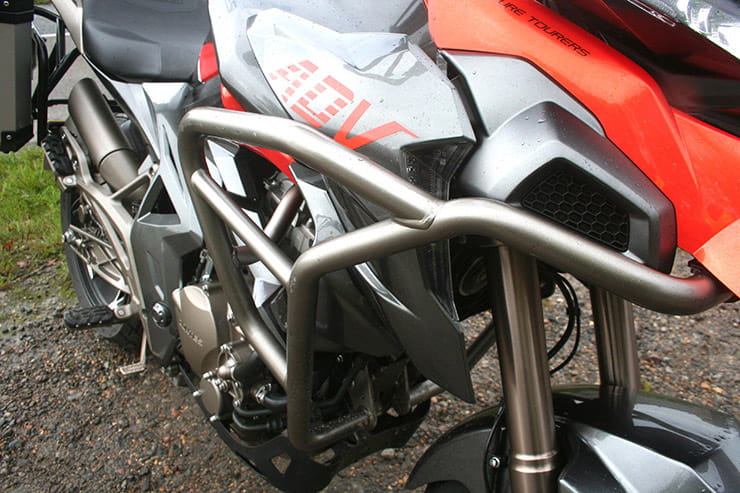 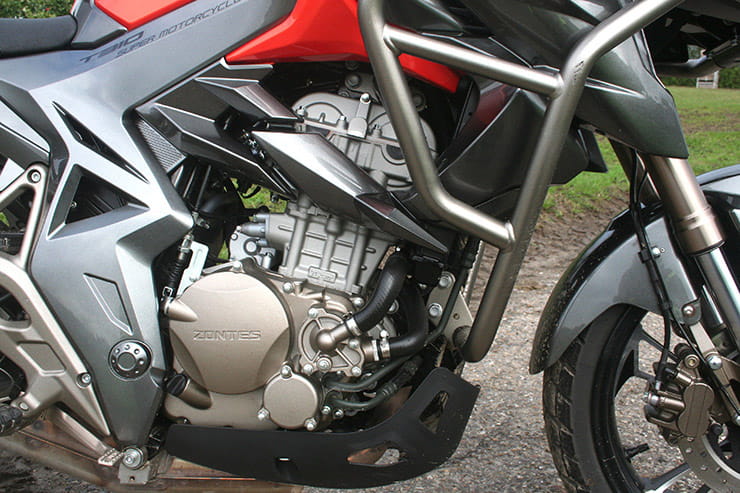 Power is a respectable 33.8bhp at 9500rpm (almost identical to the BMW) with 22lb ft of torque peaking 2000rpm lower. The Zontes single is a willing motor at low to medium revs, and smooth too, thanks to the balance shaft, plus tractable and easy to use in town. It'll even plonk away from rest in second gear if you want, and cruising along back roads at 50mph while admiring the scenery is a relaxing experience. Give it the berries and vibes start to come through the seat and pegs, while the mirrors blur at speed, but it's fast enough for a 310. It is a bit buzzy at an indicated 70-80mph but the engine is clearly very happy at these speeds, and there's a bit more to come – in short, it's easily quick enough for motorways.  Eco and Sport riding modes are easily selectable on the left switch cluster, and it's noticeably liveier in Sport, with an extra rush at around 7000rpm before an ignition cut-ou at just over 10,000. If you leave the bike in Eco it switches to Sport at 7000 anyway, which could be handy on an unexpected overtake.

Zontes makes this 312cc single itself, and it's not a low-tech engine, with double overhead cams, fuel injection, high 12.5:1 compression, four valves and balance shaft. Unusually it also has twin oil pumps (one for lube supply, the other for scavenging), the oil circulating through the frame to improve cooling. This is not a built down to a price power unit. Otherwise, its conventional enough, with a six-speed gearbox and twin-pipe exhaust.

Stand by for an eco record –  the T310 averaged 107mpg over 60-odd miles around the Kent countryside. Now admittedly, a lot of that was trolling around B roads looking for photo opportunities, but also included some 70-80mph dual-carriageway, and generally we weren't hanging about. That was all in Eco mode of course, and an R310 riding in convoy at the same speeds, but in Power mode, gave 79mpg. I wouldn't expect anyone to get 100+mpg regularly, but 80-90 looks achievable day to day, which would give a range of around 300 miles. Whatever, the Zontes is good on fuel. 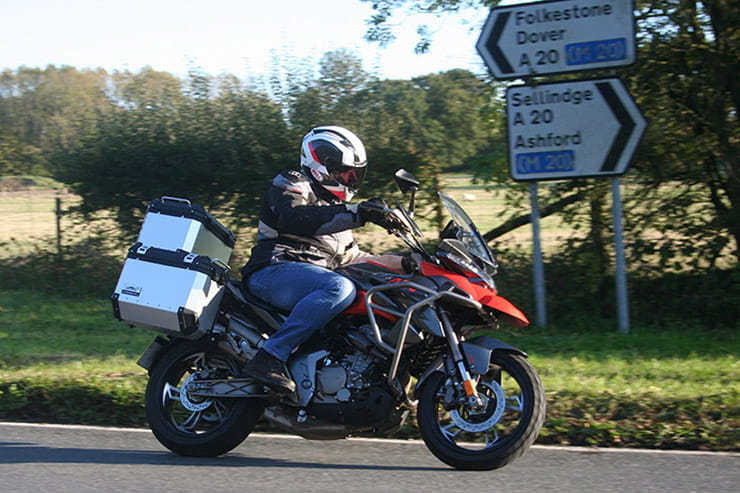 At 159kg ready to roll, with an 810mm seat height, the T310 doesn't feel like a big, intimidating machine, and that's one of the attractions of these smaller-scale GS’erlikes. In fact, that claimed weight is a good 20-30 kilos less than any rival, which if true is quite a feat. The T310 no fancy suspension upgrade over the naked R310, and the non-adjustable forks are fairly soft, though well enough controlled. Ditto the rear shock – which does have pre-load, and the wide-ish bars allow you to tip the bike into corners easily. Once you're over, grip is good and the whole thing inspires confidence.

Good news here, with plenty of power for the performance – the rear pedal has quite long travel, but it is progressive. And the ABS can be switched off for those rough-tough off-road adventures which all T310s will of course embark on. Either that or it's something to impress in the dealer showroom.

I would happily tour on one of these. The riding position is comfy and neutral and while the seat is a bit soft, it's good enough for distance. An electric screen is part of the package, and certainly gives extra protection from wind blast on its top setting, though it increased wind noise for me – for someone a few inches shorter or taller, it could different. Pillions are well catered for too.

This is where the Zontes scores, because it is positively festooned with convenience features. From the top, we've got keyless remote ignition, electric releases for the seat and fuel filler, a comprehensive iPad style dash and details like double-skinned exhaust outlets so the pillion's legs don't get burned. The switchgear is illuminated. Substantial crash bars come as part of the deal and there's even a little bracket for attaching a U-lock – someone has really thought about making this bike easy to live with. What I couldn't get used to was the way the steering lock comes in automatically on full left lock when the engine is switched off – worth remembering when pushing it round a filling station forecourt.

We haven't finished yet. Being an adventure bike, the T310 has the option of aluminium alloy luggage, so it really can look the overland part. The quality is superb, complete with silicone rubber seals and shaped neoprene liners – the trouble is the complete set of panniers and top cost £1029, which is a tad over the top for what is a budget adventure. Fortunately, Shad 45 and 46 panniers can use the same frames, a far more affordable option. 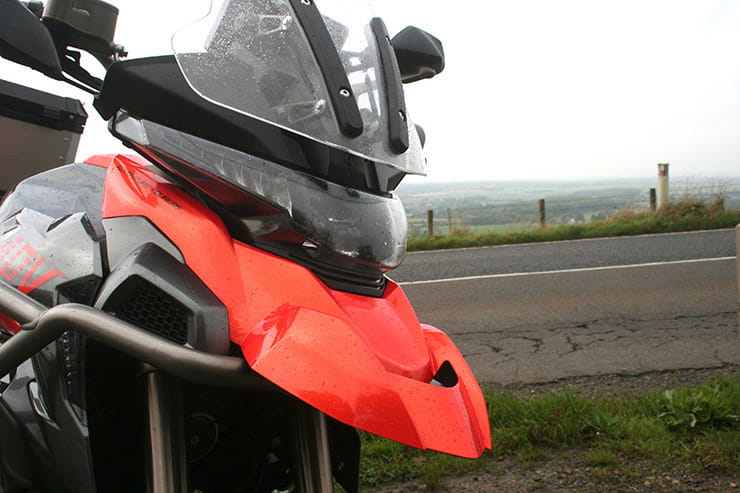 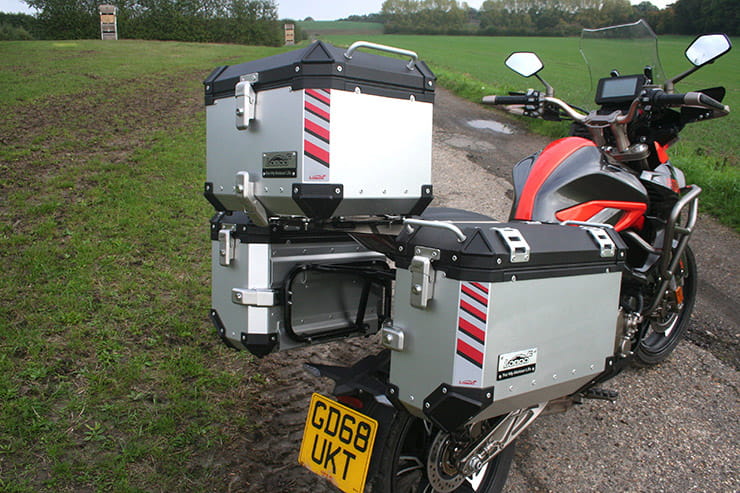 If there was any justice, the Zontes would be flying out of showrooms at the same rate as the Himalayan or G310 – it's dynamically as capable as any rival, and better equipped to boot. Its only real drawback is the unfamiliar badge, but if you can live with that, it's a bargain. 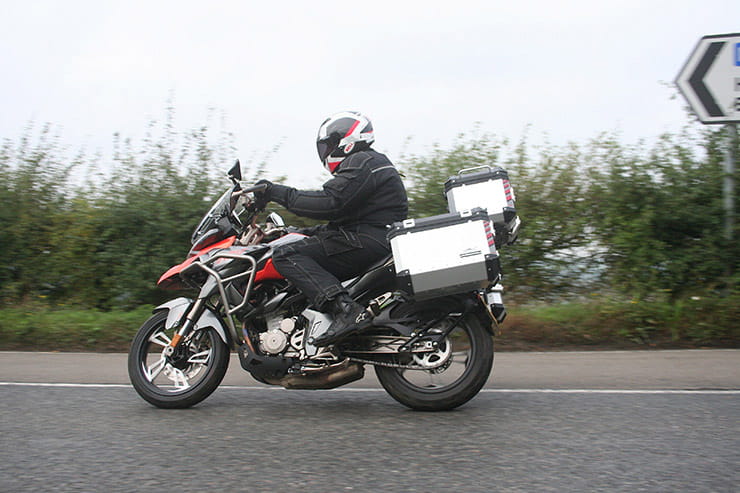