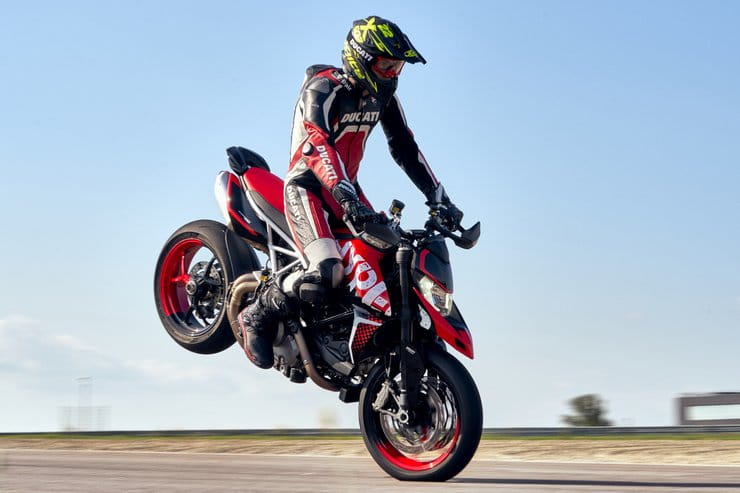 It’s taken more than a year but the Ducati Hypermotard 950 concept that debuted at the Villa d’Este concours in May 2019 has made the leap to production – becoming the Hypermotard 950 RVE.

Back when the concept was first unveiled we mentioned that it had a good chance of reaching production, and there really are very few differences between the show bike and the showroom machine.

The main distinguishing feature is the RVE’s graphics, which are taken straight from the concept bike. While Ducatis are normally restrained in design, with single-colour paintwork, the RVE is garishly eye-catching. The production bike’s paint is virtually identical to the concept, changed only to remove the race-style number on the front wind deflector and side panels. Other than that, the black-and-red scheme, with ‘Hyper’ written in block caps across the tank, is unchanged, right down to the two-colour wheels. Ducati says that a “sophisticated painting process and application of the graphics guarantees a result comparable to that of an airbrushed bodywork.”

Mechanically, the concept had an exposed dry clutch, which is gone on the production model, but the RVE does get upgrades compared to the base Hypermotard 950, gaining the firm’s ‘Ducati Quick Shift (DQS) Up and Down EVO’ system as standard. Normally that’s reserved for the more exotic Hypermotard SP, which also uses Ohlins suspension where the RVE has the same Marzocchi front, Sachs rear setup as the base model.

What do you think? Is the graphics-heavy paintwork an interesting departure for Ducati or a step back from the more subtle colour schemes that the firm normally favours? 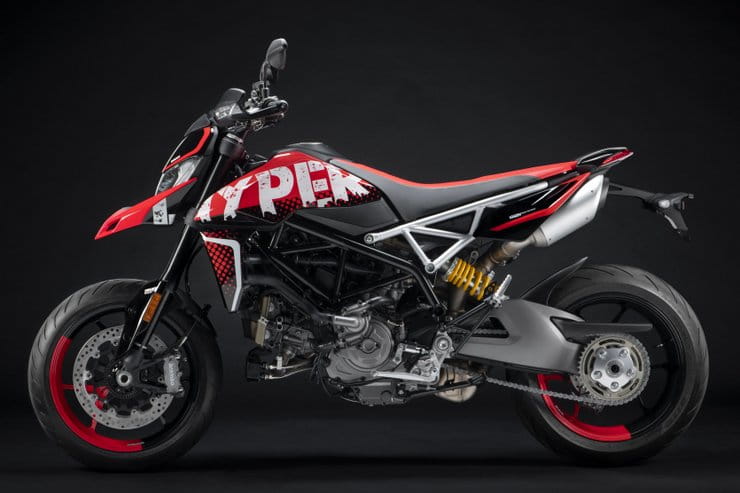