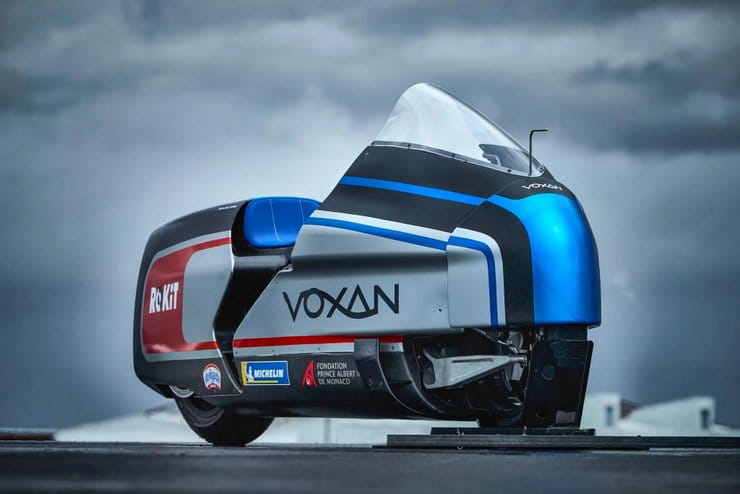 The name Voxan might ring a bell as the French boutique brand that built ambitious V-twin machines from 1999 until it folded a decade later but these days it’s owned by Monegasque electric car company Venturi and has slowly been edging towards a return to the motorcycle market.

When we say slowly, we mean it. The company announced its ‘Wattman’ electric bike back in 2013 with promises of 3.4 second 0-60 time that sounded impressive for an electric bike seven years ago.

The claimed peak power of 203hp, allied to 200Nm of torque, still sounds pretty good, but for the company’s new land speed record machine power has been ramped up to 367hp as it aims for 205mph (330km/h).

Voxan says that number would be enough to secure the land speed record, taking it from Ryuji Tsuruta who managed 329km/h on the Mobitec EV-02A in 2019. However, there’s small print to go with that: the record is for "electric motorcycles propelled by the action of one wheel in contact with the ground, partially streamlined, under 300 kg". The outright FIM electric bike record actually stands at a fraction over 400km/h (248mph), and there are other, non-FIM-regulated records that throw even more confusion into the mix. Let’s just say the Voxan is aiming to be very, very fast. 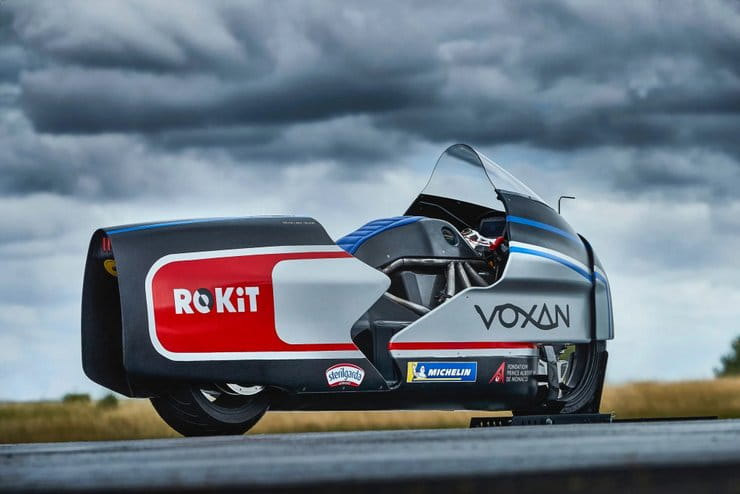 Max Biaggi was signed up to ride the machine some time ago, and originally the record attempt was due to take place in Bolivia this month. As with so many other things, the COVID-19 pandemic has thrown those plans out of the window, leading Voxan to reschedule for July 2021.

ROKiT founder Jonathan Kendrick said: “When Venturi President Gildo Pastor showed us the Voxan Wattman and talked me through the world speed record attempt we were very impressed by his vision, ambition and the commitment of his team in creating the technology involved. To have our ROKiT red livery on such a unique piece of electric engineering reflects our ethos as a group of companies and is a real honour. Gildo is a true pioneer and we are delighted to partner with him and Voxan Motors on what we hope will be a highly successful and ground-breaking record attempt.”

The Wattman record bike is clearly designed with an eye to aerodynamics rather than style, but it’s still the work of Sacha Lakic, whose previous bikes include the old, petrol-powered Voxan Roadster, Black Magic and Charade models and – perhaps most infamously – the Bimota Mantra. 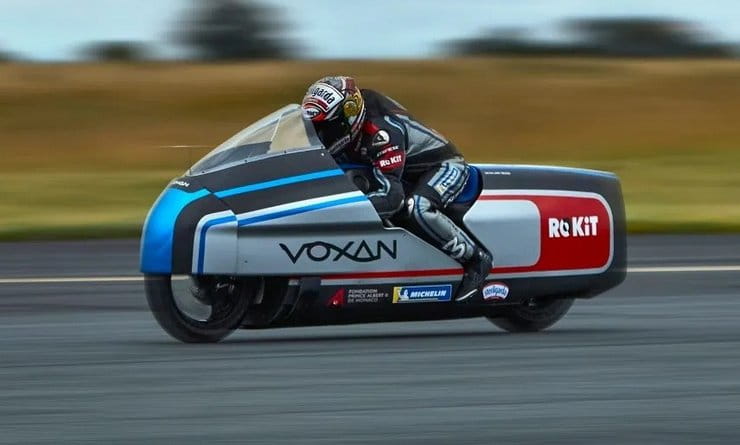