It was back in October last year that Triumph unveiled the 2020 Street Triple RS complete with new looks and engine changes to bring it into line with Euro 5 emissions rules. Now the firm has tackled the other end of the Street Triple range by applying similar updates to the entry-level ‘S’ version. 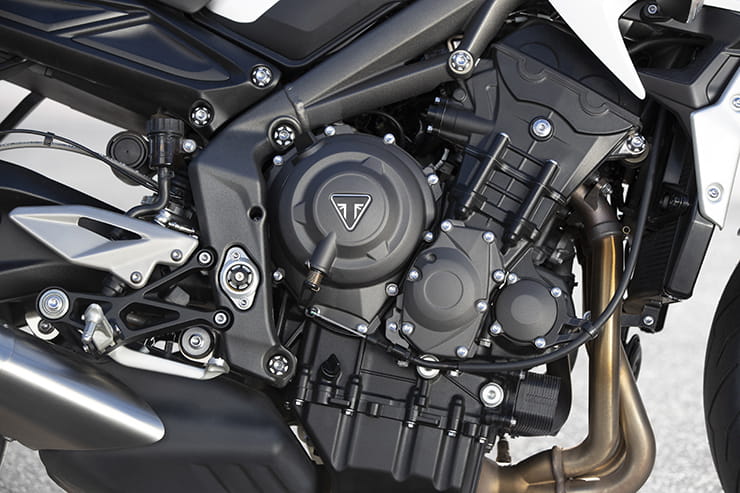 It’s not as simple as just restricting the latest 765cc Street Triple engine to the A2 limit, though. The rules say that while A2-legal bikes can be restricted versions of more powerful models, they can’t be based on machines with more than 94bhp (70kW). That means it’s not possible to simply slap an electronic restriction on a Street Triple RS, and instead Triumph has to use a downsized 660cc version of the three-cylinder engine.

It’s the same tactic that the firm has used in previous A2-legal Street Triples. The engine has a 76mm bore and 48.5mm stroke rather than the 77.99mm bore and 53.4mm stroke of the latest 765cc version, and in derestricted form peaks at precisely the 70kW/94hp mark. 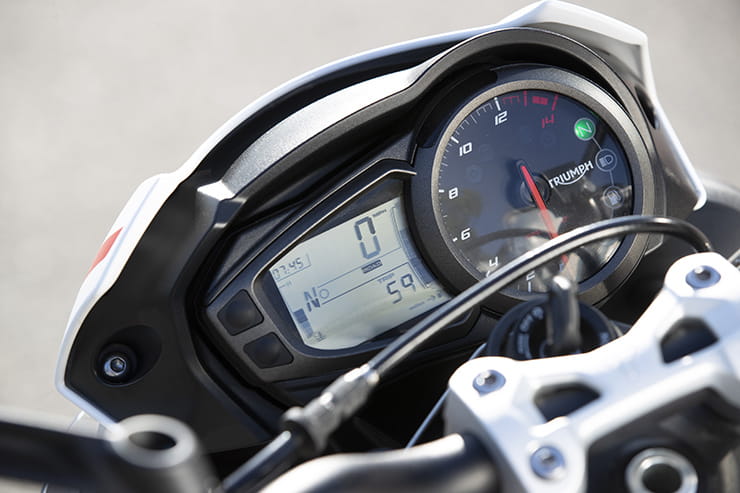 Visually, there’s virtually nothing to give away the fact this is a bike with far less performance than the Street Triple RS. You get the same, restyled and rather frowny headlights scowling from under a small wind deflector. When running, eyebrow-shaped LED DRLs emphasise the angry look even more – anyone who sees a 2020 Street Triple in their mirror will be wondering what they’ve done to upset it.

On the S model, you go without the RS’s bellypan, and conventional mirrors replace the higher-spec bike’s bar-end-mounted versions. Look more closely and you’ll see the exhaust is also slightly different to suit the smaller engine, while the RS’s radial-mounted, four-piston Brembos are swapped for conventional Nissin two-piston sliding calipers.

The forks are still 41mm Showas, albeit Separate Function (SFF) versions, not the Big Piston (BPF) ones used on the RS. There’s no Ohlins unit at the back, either – instead you’ll find a Showa shock on the S model.

Street Triple S buyers will also understandable make do with fewer electronic toys than those who spend significantly more on the RS version. You get two riding modes – road and rain – rather than the five modes of the RS, and if you want a quickshifter you’ll need to pay extra to get one from the options list. Similarly, the instruments are the old model’s part-analogue, part LCD design, not the full colour TFT screen featured on the RS. 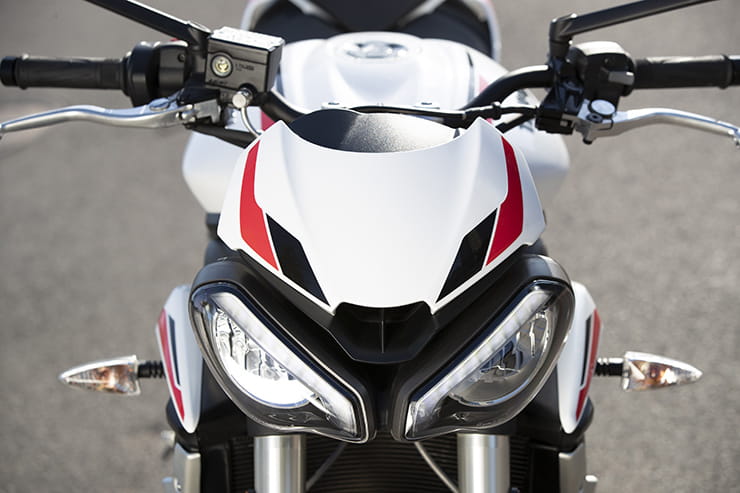