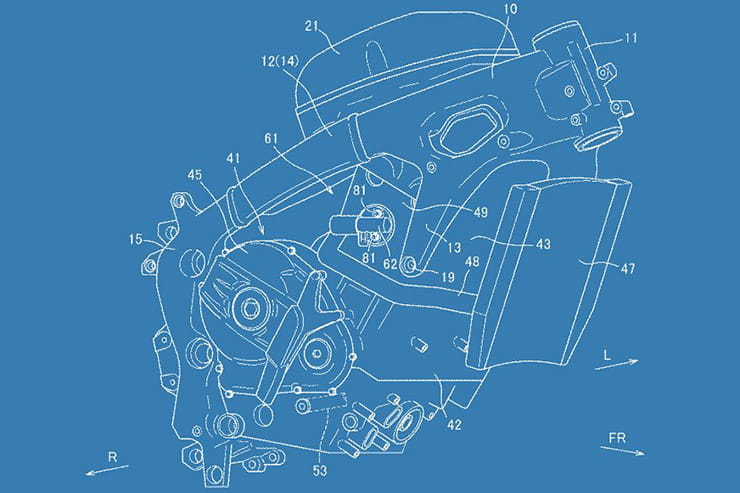 Last year we revealed that Suzuki was developing an uprated version of its GSX-R1000 with a more versatile hydraulic variable valve timing system. Now new patent applications show that development of that technology is moving towards the production phase.

The GSX-R1000 was the first 1000cc superbike to introduce VVT when the current model was launched back in 2017. However, it’s an unusual arrangement that uses centrifugal force to alter the intake camshaft’s timing depending purely on engine revs. In contrast, the much more sophisticated system on BMW’s latest S1000RR alters both valve timing and lift via computer-operated hydraulics, allowing changes to be made not only depending on revs but also throttle opening.

Similarly, bikes like Ducati’s Multistrada and Diavel both use hydraulic, computer-controlled variable valve timing, so while they only alter valve timing, not lift like the BMW system, they’re still more versatile than Suzuki’s setup.

Of course Suzuki had a reason to create its purely mechanical design. It comes from MotoGP, where the system was created for the GSX-RR MotoGP bike because the rules specifically ban electronic or hydraulic VVT. But on a road-going machine or even a WSBK racer, there’s no restriction on using hydraulics or electronics on variable valve timing, so the GSX-R1000 is going to be at a disadvantage as rivals start to adopt such systems. 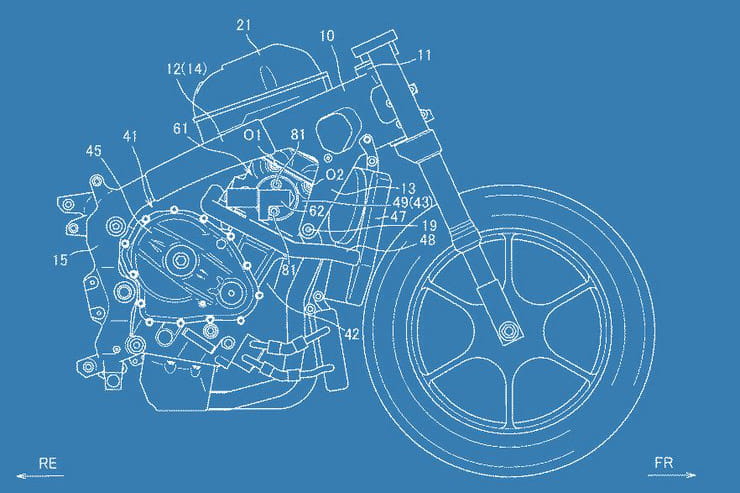 Back then, the patents clearly showed an engine that was a modified version of the existing GSX-R1000 four-cylinder, with a snakes’ nest of hydraulic pipes routed outside the cylinder head to take hydraulic pressure from the engine’s oil system to the cam phase actuator on the end of the camshaft. A computer-controlled solenoid on the right hand side of the cylinder head governed the flow of oil to the actuator, advancing or retarding the intake cam timing on command.

The new patent shows a far more refined version of the same idea, with a much more compact solenoid on the side of the cylinder head and none of the external oil pipes of the earlier design. The oil flow is now all internal, with a redesigned cylinder head to provide the extra oilways. 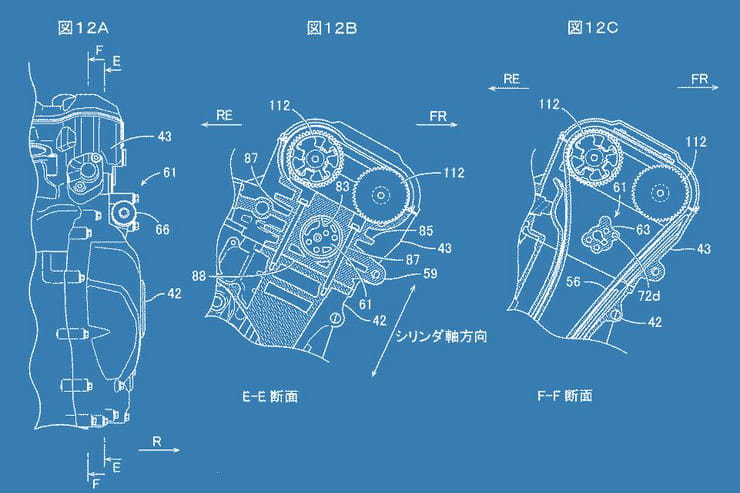 Although the performance benefits are precisely the same as those of Suzuki’s messier, previously patented system, the new design is very much angled towards production.

As well as markedly reducing the number of components, the design makes the manufacturing process much easier.

One image in Suzuki’s new patent (below) even illustrates how simply the new hydraulic VVT engine, with its side-mounted solenoid and internal pipework, slides into the existing GSX-R1000 frame from below, so existing production lines and procedures don’t need to be modified to suit the bike. The implication is that the hydraulic VVT system is proved its worth from a performance and emissions point of view and is now being refined to make sure it doesn’t add to the cost or complexity of actually making the bikes.

It’s also worth noting that the existing GSX-R1000 is currently certified to Euro4 emissions standards rather than the stricter Euro5 levels that it must meet if it’s to remain on sale in Europe after 1 January 2021. Can the current bike’s mechanical VVT system, which can’t be carefully tailored to cut in or out at very specific moments, meet Euro5? That’s unknown, but the hydraulic setup shown in this patent would make doing it much easier. 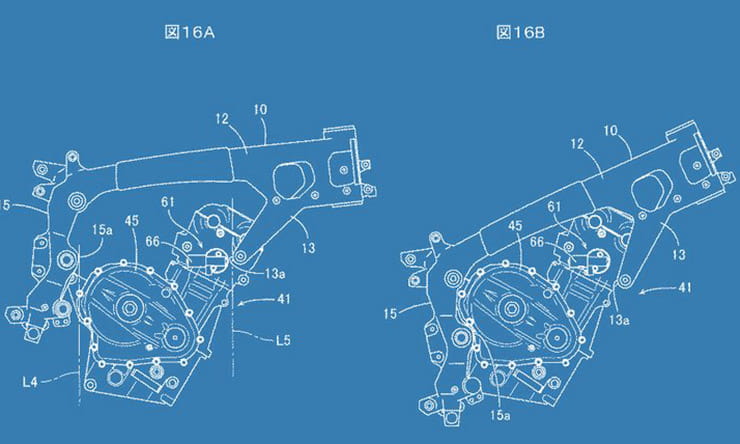