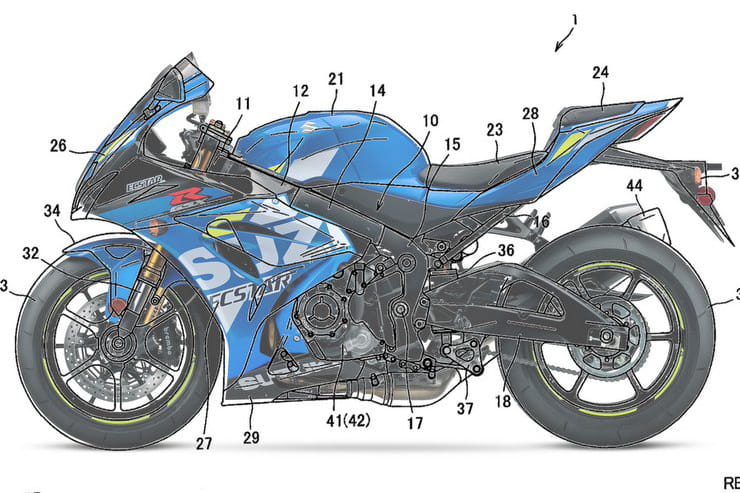 It doesn’t feel like it’s been long since Suzuki launched its current GSX-R1000 as the star of its 2017 model range but every indication is that there’s not long to wait until the bike gets a substantial mid-life revamp. A flurry of Japanese patent activity shows details of changes to both the engine and the styling.

With Euro 5 emissions limits looming, even some of the world’s most modern bikes will need a tweak to ensure their continued compliance, and Suzuki is working on a much more advanced variable valve timing system for the GSX-R1000 that will help it compete with a host of new superbike rivals.

We’ve talked about VVT here before. Investigating Euro 5, we discovered that it’s the clearest answer to getting superbikes to pass the new limits, and while BMW’s new S1000RR has been the first four-cylinder superbike to adopt a really sophisticated variable valve timing and lift system, it seems that variations on the same theme will spread fast as rivals adopt the idea. Honda has patented a VVT set up for a future Fireblade and last year Suzuki started to file patents suggesting it, too, is planning to adopt a more sophisticated VVT for the GSX-R1000, too. 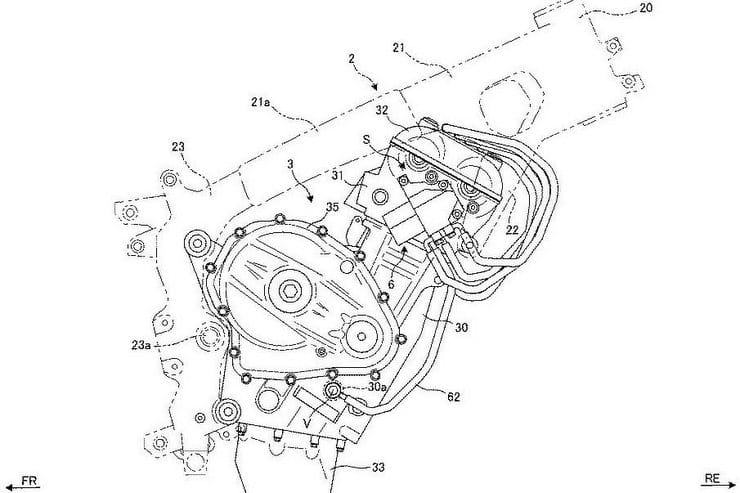 Of course, the existing GSX-R1000 already has VVT, albeit in a system that’s unlike any rival. The firm created a unique cam-phasing design for its GSX-RR MotoGP bike that advances or retards the intake cam timing depending on revs, and carried the same system across to the GSX-R1000. Unlike any rival arrangement, the current setup is purely mechanical, relying on nothing more than centrifugal force to change the valve timing as revs rise.

That’s because MotoGP rules specifically ban electronic or hydraulic VVT systems, so Suzuki’s current design is a clever work-around. But there remains no doubt that electronically-controlled cam-phasing systems, using valves to divert oil flow to hydraulically switch valve timing at the command of a computer, are far more adaptable. As a result, the next-generation GSX-R1000 will adopt just such an electro-hydraulic system.

It’s not new technology; cars have had it for years and bikes like Ducati’s Mulitstrada and Diavel also use it, while Kawasaki’s GTR 1400 debuted a similar design more than a decade ago. However, it’s not been applied to a four-cylinder, 1000cc superbike before. 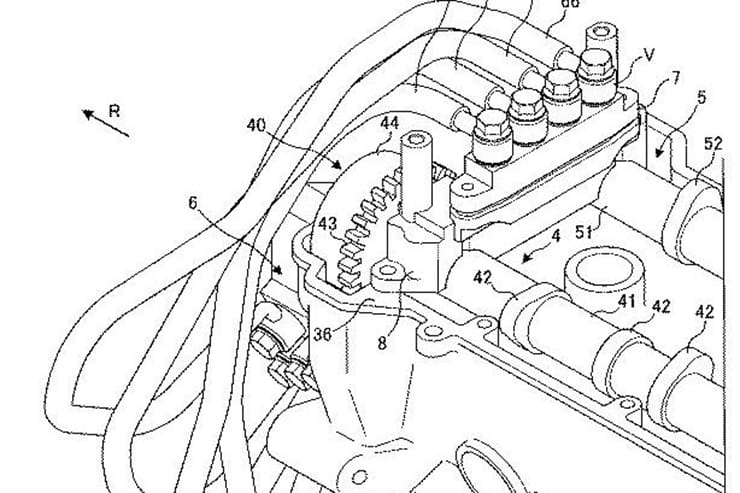 Unlike the existing GSX-R1000’s system, the new design operates on both the intake and the exhaust camshafts. The firm’s latest drawings show that it can be added to the existing engine design without major changes to the castings, simply bolting a hydraulic valve unit to the right hand side of the cylinder head and using external pipework to connect it to the cam phasers.

The intention is to be able to reduce valve overlap – the period where the intake valves open before the exhaust valves close – at low revs, so unburnt fuel can’t escape into the exhaust before it’s ignited. But with electronic control and the ability to alter the timing of the exhaust camshaft as well as the intake camshaft, the new Suzuki system will be much more adaptable than its current design. The result should be an improvement in both performance and emissions, with gains across the rev range. 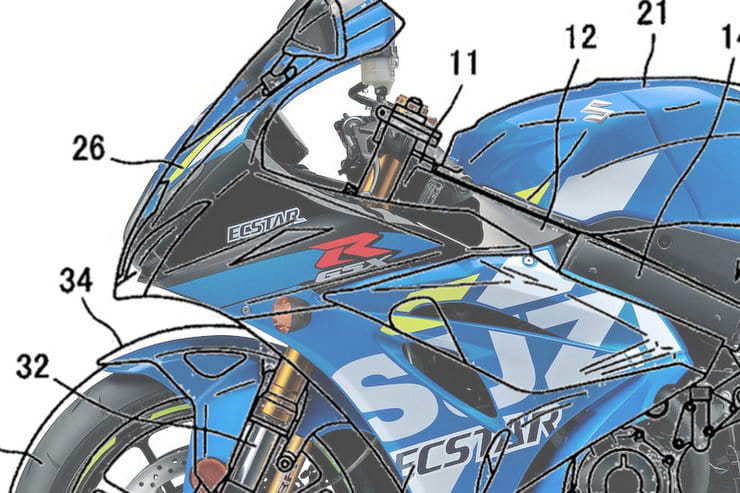 Normally, technical patents like these don’t give many clues to a new bike’s styling, but in this case Suzuki might have given us a hint at how the future GSX-R1000 will look as well.

The patents show images of the bike from both sides, and while they initially look like any current GSX-R1000, a closer look reveals significant changes that would tie in neatly with the sort of mid-life restyle that must be due within the next year or so.

The most notable changes are to the side panels, which feature a completely new arrangement of air outlets when compared to the current GSX-R1000 or any previous generation.

We can also see that the nose is slightly droopier and comes to a sharper point, presumably with aerodynamic benefits, while the lines separating the fuel tank from the seat unit are quite different.

On laying the new side-on drawings above a photo of the existing GSX-R1000, it’s also notable that the exhaust protrudes further below the bellypan. Once again that’s likely to be the result of tougher emissions rules, forcing the adoption of a bulkier catalytic converter.

It’s equally clear that the main chassis sections of the bike aren’t changed. The frame and swingarm appear to be identical to the existing bike’s parts, as does the seat subframe. 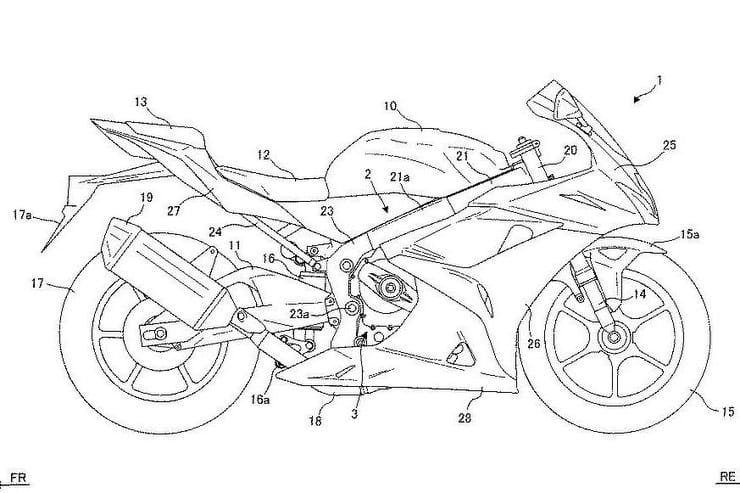