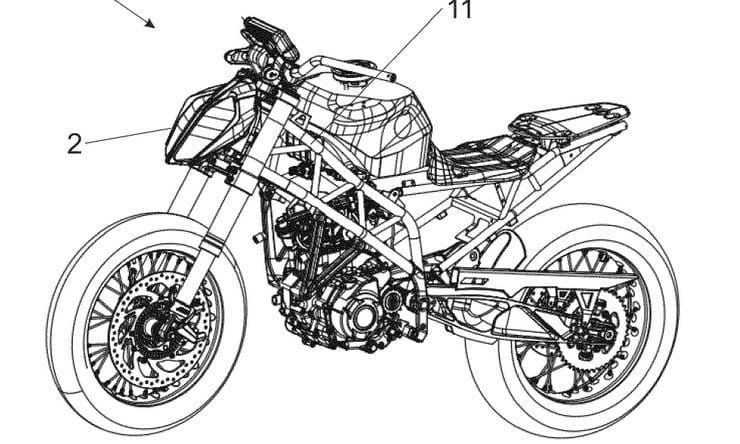 A new patent application from KTM has dropped hints at several ideas the firm has for future machines – including what appears to be a 390 supermoto.

The patent itself relates specifically to the upcoming radar cruise control system, which is based on the same Bosch technology that’s already appeared as an extra-cost option on Ducati’s Multistrada V4 and BMW’s 2021 R1250RT. KTM was announced it was developing bikes around the system way back in May 2018, and more than a year ago we spied a near-finished 1290 Super Adventure fitted with the system. That machine has been seen several times since then and we’re still expecting it to join the firm’s range in 2021, but it now appears KTM intends to use the Bosch radars in many more models. 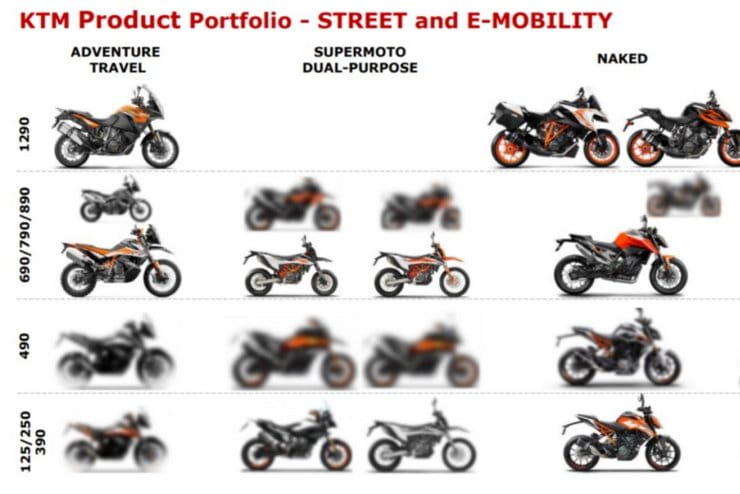 But before we even get to the radar ideas, KTM’s patent shows a drawing of a motorcycle simply to illustrate what a bike is and where the headlight is mounted. Absolutely any bike could have been used here, but KTM’s illustration doesn’t show a current model. Instead it appears to show another machine that’s been spied several times in recent months – a next-generation 390 Duke. The engine is unaltered, but the chassis, subframe and tank are new. Looking more closely, though, the drawing doesn’t quite match the spied Duke, as its alloy wheels are replaced with wire spoked designs, suggesting this is actually a supermoto variant.

KTM’s own investor relations documents have already hinted that such a machine is on the way, showing two blurred-out pictures under the ‘Supermoto/Dual Purpose’ heading for its 125/250/390 range. 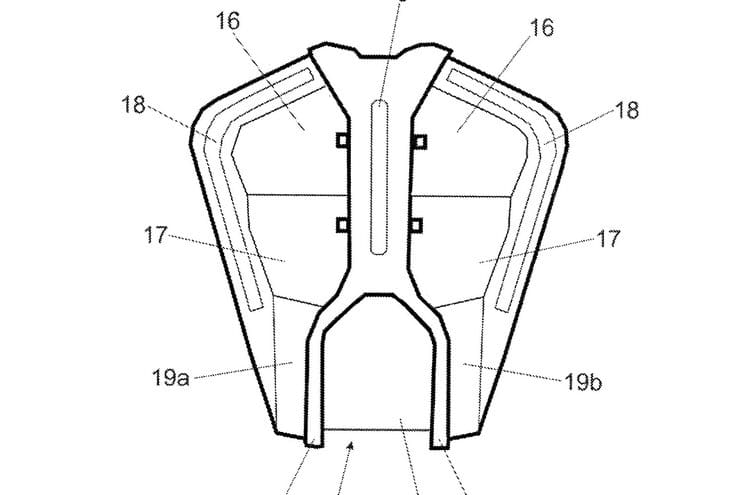 Moving on to the radar system, KTM’s patent lays out several ways that it can incorporate the front radar sensor into a headlight unit, with illustrations of each.

One design is the setup already seen on the spied 1290 Super Adventure, with an arch-shaped cut-out at the bottom of the headlight that the radar sensor nestles into. Another design shows a similar, KTM-style light but with the radar unit mounted at the top instead of underneath. This may well be better-suited to more street-oriented bikes, like the Duke, where the headlight is mounted lower than it is on a high-rise adventure model. Putting the radar at the top of the light gives it a better vantage point to monitor traffic ahead. 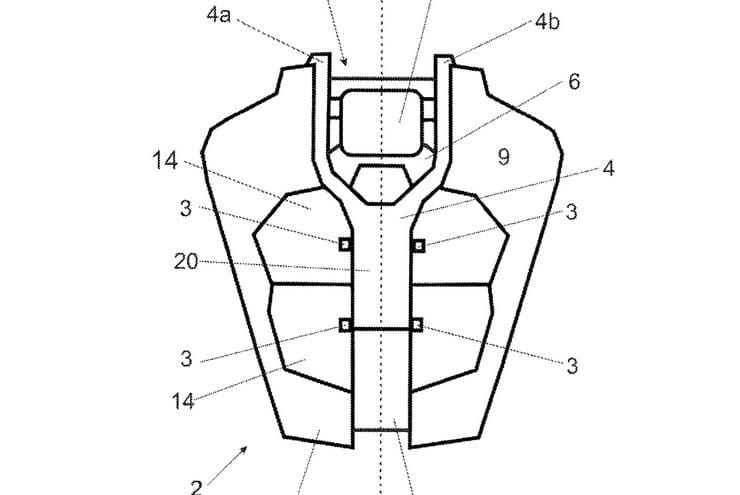 A third design shows a headlight that clearly doesn’t fit into KTM’s normal styling theme – instead it appears to be the large, circular lamp that’s used on the Husqvarna Svartpilen and Vitpilen, as well as the upcoming Norden adventure bike. Since Husqvarna is KTM’s sister company – both are owned by Pierer Mobility AG – and the current Husky range is heavily based on KTM’s models, it makes sense that radars will also spread to Husqvarnas once the system has been perfected on KTMs.

The radar actually fits rather neatly into Husqvarna’s headlight design. The firm already uses a horizontal bar across the centre of its oversized, round laps, and the patent suggests fitting the radar sensor into that bar. It’s likely that only Husqvarna’s Norden adventure bike will be able to benefit, since on the Vitpilen and Svartpilen the light turns with the bars, and such movement is likely to confuse the radar system. 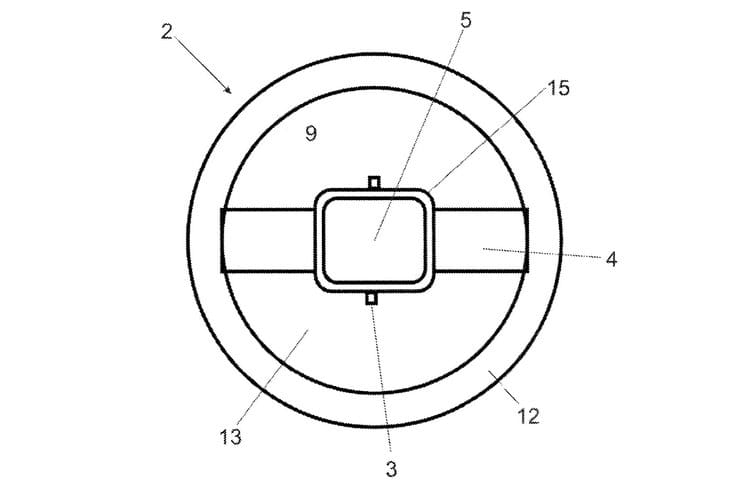