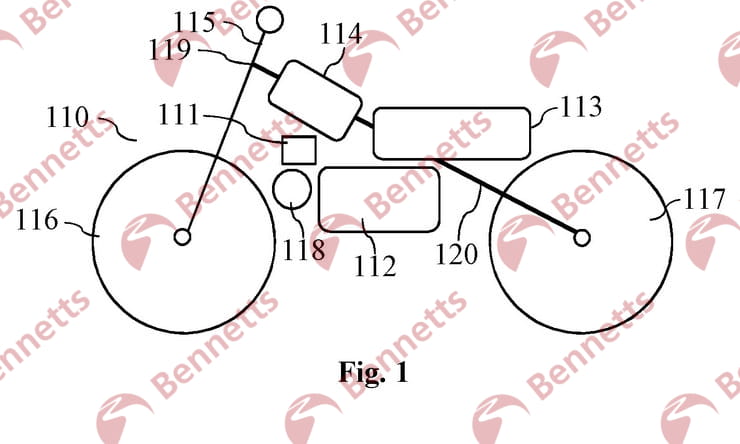 BMW is going in deep on the idea of electric cars (and bikes) these days but the firm is clearly acutely aware that range-anxiety is a big hurdle for battery-powered vehicles. Its latest solution is a tow-along motorcycle that acts as a range-extender for electric cars.

Revealed in a newly-filed German patent application the setup is an unusual one but makes quite a bit of sense. BMW has used motorcycle power as a range-extender in electric cars in the past. The firm’s i3 electric car could be had in ‘REx’ form with the 647cc twin from the C650 scooter bolted in the boot from 2013-2019, working as a generator to recharge the car’s battery as you drove and double its range to 200 miles between stops.

But there was a problem with the i3 REx; why lug a petrol engine around when most journeys are short enough to be completed on electric power alone? The same argument applies to the use of massive, long-range batteries in electric vehicles. Most of the time you’re simply carrying dead weight and performance and economy suffer as a result. 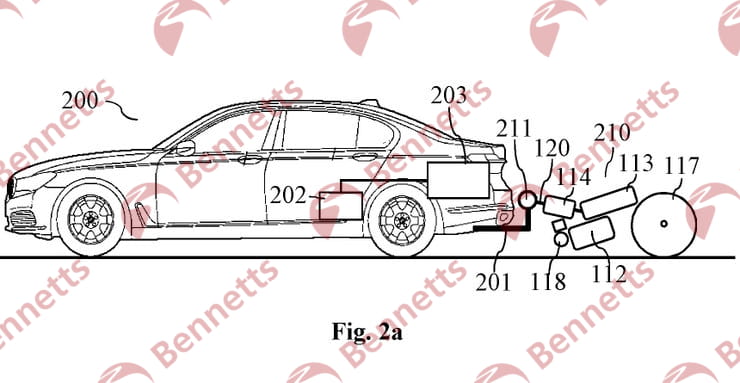 The solution proposed in BMW’s new patent is to use a motorcycle engine that can be towed behind an electric car to act as a range-extender generator on longer journeys, and left at home when you’re going on shorter trips.

But why stop there? If you’re using a motorcycle engine in some sort of frame with at least one wheel attached to act as a trailer, suggests the patent’s author, why not use a whole motorcycle? So that’s what’s suggested here.

The idea is that the bike can be used conventionally, with the engine driving the rear wheel, but that it’s also fitted with an oversized generator to make enough electricity to recharge your electric car. The designer suggests that in range-extender form, you’d be able to remove the forks to and replace them with a trailer hitch to turn the bike into a trailer, with electric cables plugging into the car’s battery and systems to connect the motorcycle’s electronics to those of the car.

As a bonus, rather than having a useless engine cluttering up your garage when the range extender isn’t needed, you can bolt the forks and front wheel back on and have a motorcycle. You could also take the front end with you on long, range-extended car journeys and have a bike to zip about on when you reach your destination.

While we wouldn’t expect to see a production model like this anytime soon, it’s interesting to get an insight into the sort of integration that BMW’s engineers are thinking about in the future of transportation. 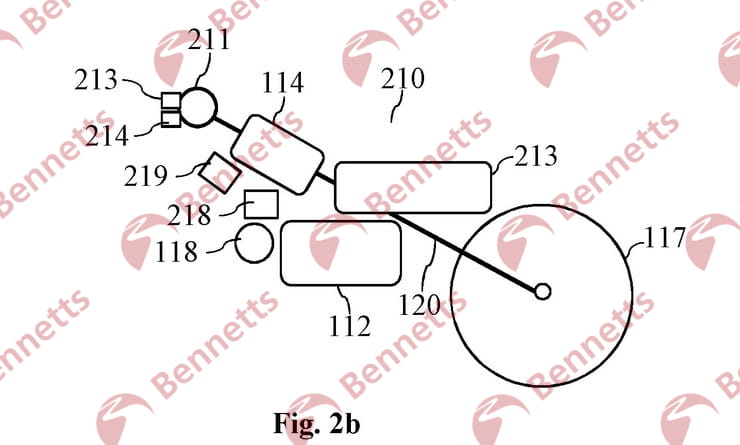