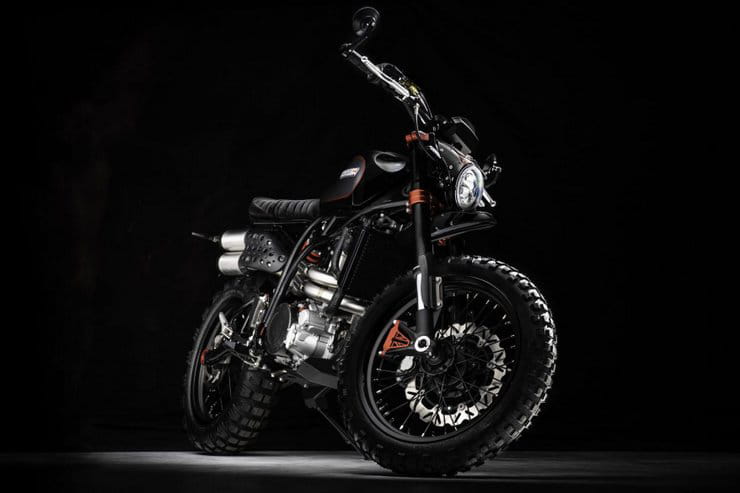 CCM’s Spitfire range has been a huge hit for the Bolton-based firm and the latest iteration shows it’s broken into Hollywood as well. The new CCM Blackout celebrates the Spitfire’s starring role in Marvel’s upcoming Black Widow movie.

The movie, originally scheduled for a May opening but postponed until 6th November due to the pandemic, features Scarlett Johansson as the eponymous lead character riding a scruffy, black-painted Spitfire, but for the Blackout production bike the firm has opted for a more polished look. Customers might have baulked a buying a pre-scuffed example, however movie-accurate it was. 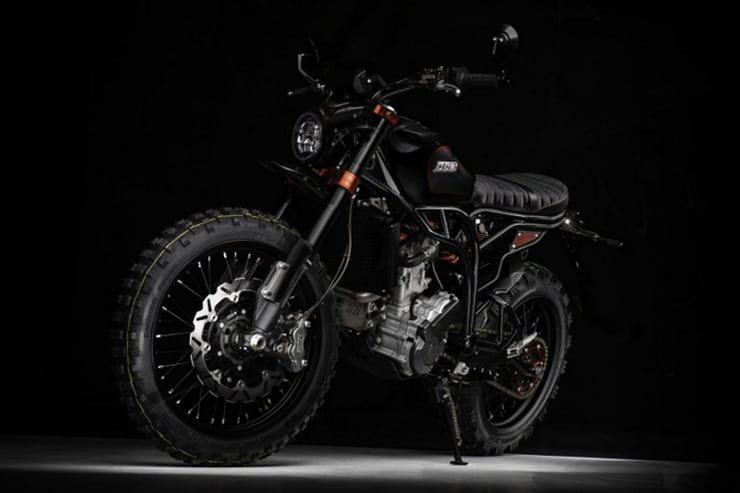 The bike’s road to Hollywood stardom actually started – like the careers of many famous actors – with a rejection. The firm’s Spitfire was shortlisted by the producers of the delayed Bond movie No Time To Die but was passed over in favour of Triumph’s Scrambler 1200 in the final reckoning.

In a veiled stab at its bigger, heavier rival, the firm explained: “Within a few short weeks of receiving the disappointing news about the Bond movie, a call came in inviting CCM to supply a bike for testing by the stunt team for a big budget movie.

“The bike was subjected to extreme punishment on their off-road testing ground, flying up obstacles and over table-top jumps; the bike performed so well straight off the line that the team felt able to use the standard production CCM bikes in all of the stunt sequences rather than their usual lookalike dirtbikes.” 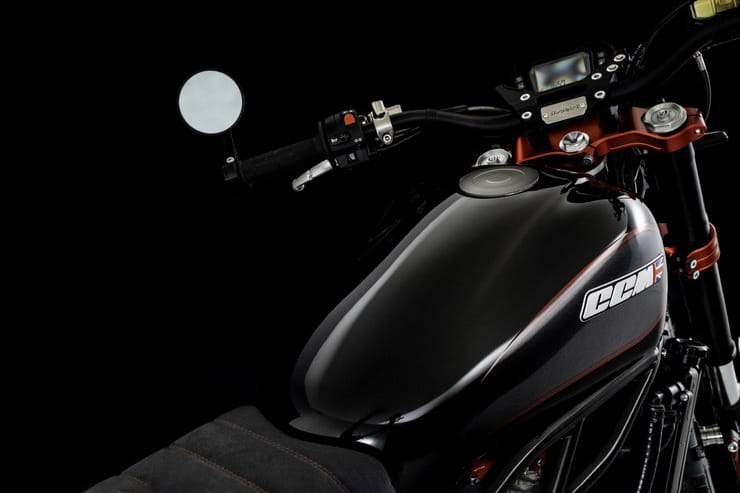 Although not wearing Marvel badging or identical to the movie bikes, the Blackout nonetheless celebrates CCM’s role in the production. Based on the normal Spitfire’s 600cc engine and steel chassis, it gets a hand-painted finish with metallic black on the carbon-fibre headlight cowl and fuel tank, grey tank sides, a grey microsuede seat and black powder-coated frame. Red anodised parts including the yokes and triple clamps, match the engine’s cam covers, the rear spring and the tank’s pinstripe.

Unique parts include a new slash-cut exhaust mounted high on the right hand side and a performance map for the engine.

For a handmade, limited production model dripping in carbon the £8995 base price seems more than reasonable, although you’ll be able to bump that up by opting for optional extras from three packs – dubbed ‘Action’, ‘Hero’ and ‘Legend’ to suit the bike’s Hollywood heritage. 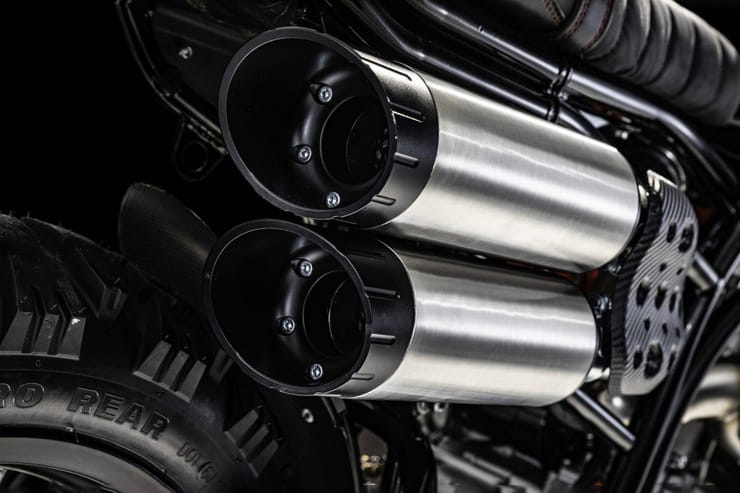 It’s not the first time a CCM has had a starring role in a major action movie. Way back in 2001 a CCM 644 was picked as transport for Angelina Jolie in the video game spinoff Lara Croft: Tomb Raider.

On that occasion, the bike was given a rather weird one-off set of bodywork and stripped of its CCM branding. The firm is also understood to have supplied bikes for an upcoming Mark Wahlberg action movie.