Cambs police buys noise testing equipment: What does it mean for motorcycles?

I regularly had to deal with complaints from members of the public about noise from motorcycles when I was a bike cop, either from people phoning in, or on community forums telling local cops that bikes were “speeding” past their house on whatever day at “what must be about 100mph.” They, of course, had no way of accurately measuring that speed but were equating the noise of some motorcycles to speed. Generally, when we went to the area, we seldom found people speeding in the 30mph zone, even when it was around a bike meet.

I live fairly near a main road and right now I can hear bikes with noisy exhausts. And I can understand why people are irritated by it. I’ve grown up around motorcycles – you might have as well – but not everyone has. And for a lot of people an unregistered, uninsured off-road bike pulling wheelies down the by-pass is the same as a motorbike with a noisy exhaust. And so the complaints roll in, all under the same anti-social behaviour banner.

How loud can motorcycles and cars legally be?

In 2019, Hampshire Police carried out seven operations around noisy motorcycles and issued 95 tickets. The force didn’t break down what offences the tickets were issued for, but loud pipes attract attention and reinforce a view that motorcycles are dangerous and noisy. 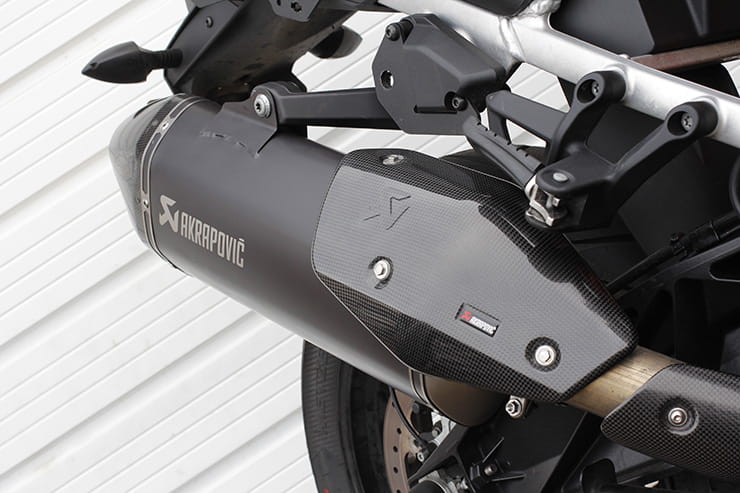 A straight-through end-can often makes little or no difference on many modern bikes these days; unlike older machines, which had baffles and pressure-controls in the silencer, the catalytic converters and collector boxes mean these cans are more for tone, appearances and weight-saving now.

The appreciation of noise levels is very subjective, but it’s not just about perception; as there are legal limits for the amount of noise that cars and bikes can make, it’s also objective. It’s 74db for cars, but bikes vary from 63db to around 80db. However, police campaigns in the past have generally used a level of 90db as a limit.

An app on my phone, which admittedly isn’t entirely scientific, showed my 2017 Africa Twin and 2019 CB500X were both within those levels in a static test measured from one metre. Both bikes are on standard cans but aftermarket exhausts that have been designed correctly should also be within the limits.

It’s a different story if a rider takes baffles out that the manufacturer has placed in there to cut noise. 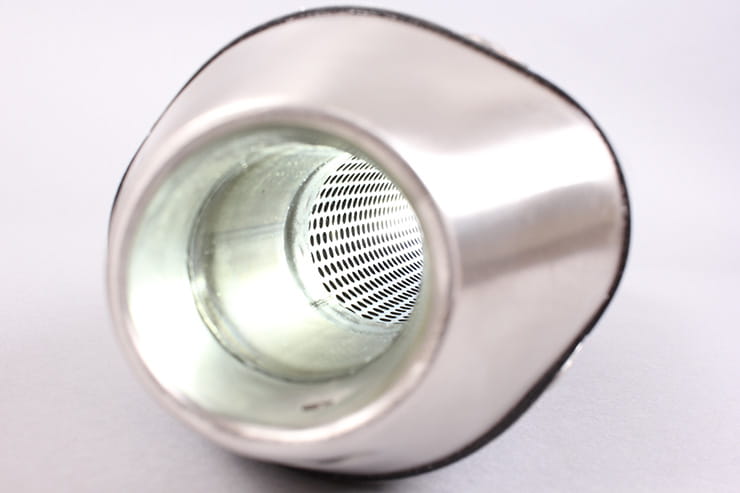 Loud pipes attract the attention of people sitting in quiet gardens or trying to get to sleep at night. They’re less noticeable to drivers in cars with their windows up, air-con on and music blaring out

What’s being done about noisy motorcycles and cars?

With the news last week that Cambridgeshire Police were the latest force in the UK to acquire noise testing equipment to combat Anti-Social noise from exhausts, I spoke to the officers involved to get the facts about what it means for riders in the area…

Cambs police has purchased its new equipment – an XL2 Sound Level Analyser – after receiving what the force describes as ‘many’ complaints from members of the public about excessive noise from motorists (remember that sentence for later; it’s important). What’s more interesting is that they’ve not even used your taxes to buy it – it was purchased using money seized from criminals under the Proceeds of Crime Act. 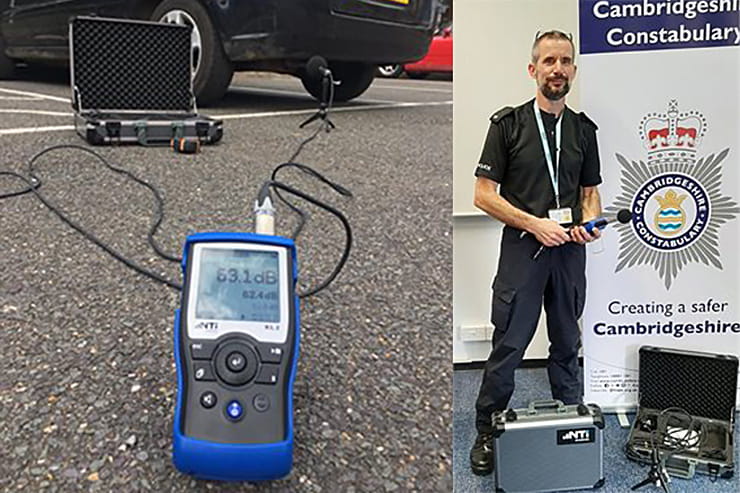 How does the police sound testing equipment work?

After asking how the kit will be used, I was told that “It’s a static test run on multiple times after machine calibration and recording of ambient noise levels.” The calibration means that, like alcohol breath test machines and speed recording equipment, the police will be able to scientifically prove that the equipment was working correctly at the time of use.

What are the penalties for having a noisy exhaust?

People caught could receive a £50 fixed penalty fine for not maintaining their exhaust, or for using a vehicle with an altered exhaust system so it makes more noise. They’re both construction and use offences so don’t carry any penalty points, but they could be used in conjunction with either the Vehicle Defect Rectification Scheme – where you have to take the vehicle to an MoT garage to show its been fixed – or in conjunction with a Sec 59 notice  (Section 59 of the Police Reform Act), which could mean that a second offence in 12 months can result in a vehicle being seized.

Where will the police be checking for noisy exhausts?

Remember the bit above about motorists that I said was important? Well, Cambridgeshire Police is focussing on using the XL2 on modified cars at meets where anti-social behaviour takes place, rather than general routes favoured by motorcycles. They did point out that the XL2 could be used on motorcycles if needed though. 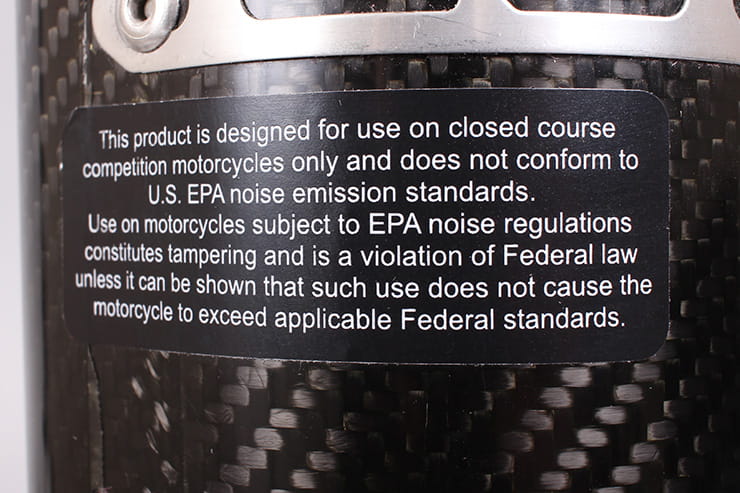 Exhausts not designed for road use are clearly labelled

What does this mean for the future of loud pipes?

This isn’t a new problem and there are plenty of stories from around the UK – like Hampshire, or the trialling of noise cameras – and in Europe about reducing the speed limit of bikes on mountain passes in the Alps. Or even banning them completely from some streets in Cyprus in an effort to curtail noise. We haven’t reached that in the UK just yet, but for context it’s not wholly directed at motorcycles and the noise issue isn’t a new one; I was once warned about using a police car’s sirens at night when leaving the station because it disrupted local residents’ sleep.

It’s the same at motorcycle track-days – circuits impose strict noise limits; not just because they can, but because the limits will have been set by the local authority trying to balance everyone’s needs. If the circuits flout those limits then they won’t be allowed to run track-days. It’s as simple as that.

It’s good that Cambridgeshire Police actually came out and said the initiative was aimed at modified cars and not motorcycles; they clearly don’t receive too many calls about bikes and have decided to act where the public wants them to.

For us motorcyclists, it shows that the majority of us ride sensibly, in Cambridgeshire at least, and don’t go out our way to upset the local community that we are all part of…