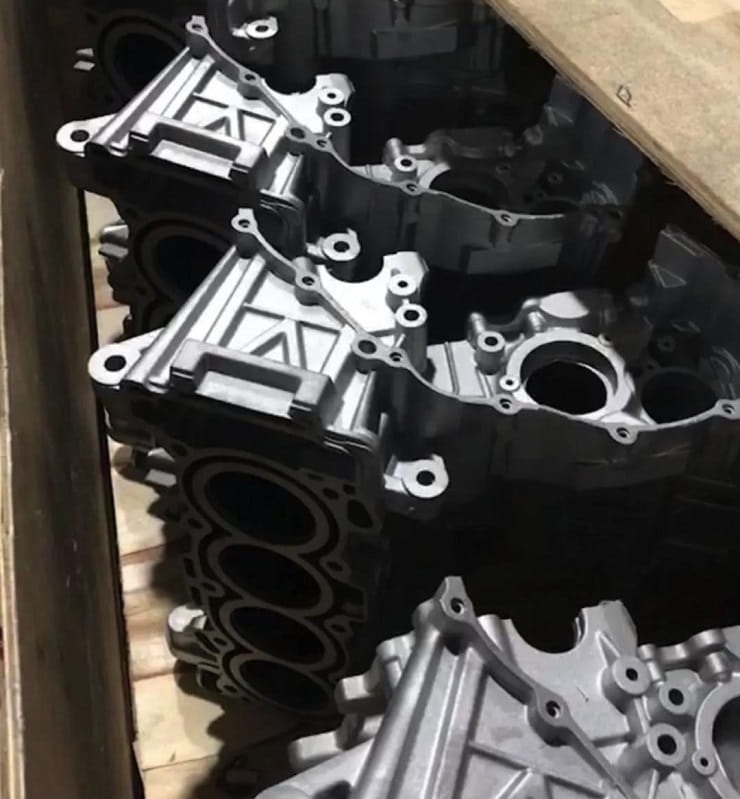 The firm has already started teasing the new model, revealing a silhouetted picture of a Ducati Diavel-style muscle cruiser fitted with a straight-four engine mounted transversely. A front three-quarter image of the same bike revealed four distinctive exhaust header pipes sweeping across to the right hand side.

In our last story we mentioned that those pipes were reminiscent of Honda’s CB650R, which uses a similar layout, and now it’s beginning to emerge that the connections between the Benda four and Honda’s machine might be closer still.

The image you see here has emerged in the Chinese press and is claimed to show a box of engine castings destined for the new Benda four-cylinder. There’s certainly no question that these are four-cylinder engines, but there’s something vaguely familiar about the castings. That’s right, they’re nearly identical to Honda’s CB650 four.

Compare the engines in the box (above) to a CB650 engine (below) and you’ll see that they’re a close match. The distinctive V-shaped strengthening ridge on the side is carried across, as are the positions of the engine mounts. The water and oil channels between the cylinder and head also appear to line up perfectly, as do the holes for the mounting bolts. Similarly, the shape and bolt spacing for the side covers are identical on the Chinese engines and the Honda design.

There are differences, though, suggesting that this isn’t simply a box of Honda engines. Slight alterations in some of the castings show that the Chinese engines haven’t come out of Honda’s moulds. Are we seeing another example of a Chinese firm copying a proven Japanese engine, or has Benda done a deal to licence-build the Honda engine? We’ll have to wait and see.

Either way, the similarities suggest that earlier Chinese rumours that the Benda four will be a 750 may be wide of the mark.  Honda’s identical-looking engine has a 649cc capacity, and it’s unlikely to be easily increased by a full 100cc above that. It also means that the Benda’s performance should be similar to that of a Honda CB650, with around 95hp on tap. 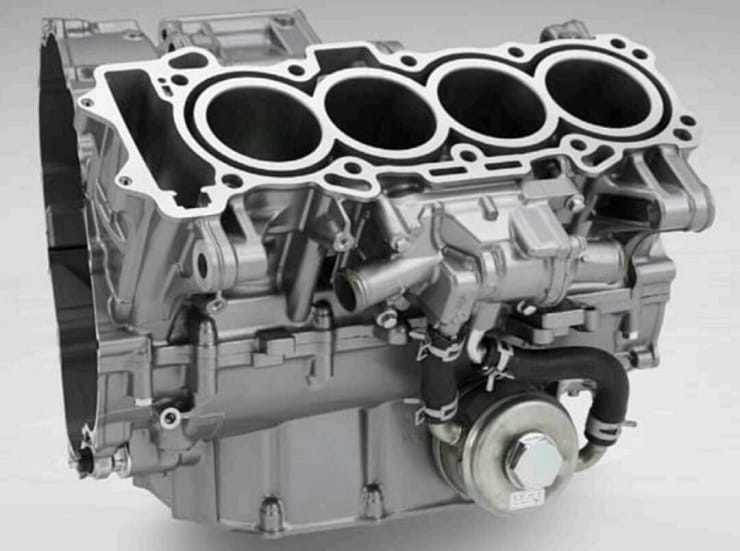