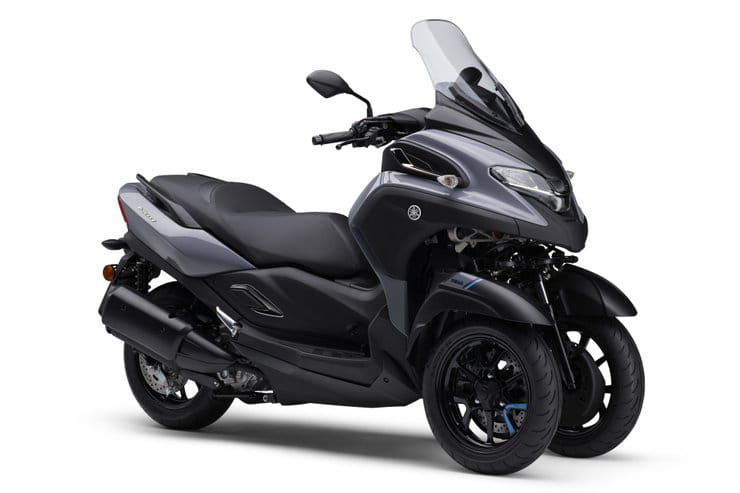 Yamaha’s display at this year’s Tokyo Motor Show confirms the company’s conviction that leaning three-wheelers are the future for motorcycling – revealing the production Tricity 300 and the concept MW-VISION to show where it’s taking the idea in the future.

The Tricity 300 is the production version of the 3CT concept bike that was unveiled around a year ago at the 2018 EICMA show in Milan, and changes from the concept minimal. Although lovers of LED strip lighting will be disappointed to see that the illuminated seat of the 3CT has been removed, the rest has made the transition from concept to production virtually unscathed.

The Tricity 300 is based around the running gear of the XMAX 300, with the same 292cc ‘Blue Core’ engine and twist-and-go transmission, but allied to the twin-front-wheel suspension system of the smaller Tricity 125.

Where Yamaha has been clever with the Tricity 300 is in its target audience; its three-wheeled design and key details such as the distance between the front wheels means that in most countries, car drivers with a ‘B’ licence will be entitled to ride it without any extra training or testing. That’s a potentially huge customer base of wannabe riders who want the practicality and excitement of a bike but can’t face the increasingly stringent and costly process of getting a motorcycle licence.

Yamaha is promising to reveal the full technical details of the Tricity 300 at the EICMA show on 4th November. 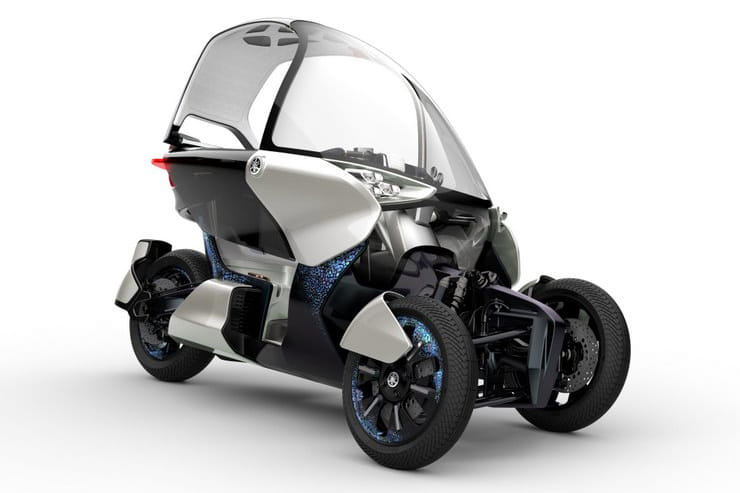 If the Tricity 300 represents the present state of the art for tilting trikes, Yamaha’s MW-VISION is the future.

While the Tricity woos car drivers with its licence-friendly design, the MW-VISION aims to address their potential fears about weather and accident protection by adopting a part-enclosed design, straddling the line between car and motorcycle.

The firm is cagy when it comes to revealing technical details. It seems the MW-VISION is electric, as there’s no sign of a petrol engine to be seen, and the firm says that the concept has ‘attitude control technology’ to keep a handle on its lean angle and prevent it from toppling at a standstill. It also says that it can be driven in reverse.

Although we wouldn’t expect the MW-VISION to make the same swift transition from concept to production that the 3CT/Tricity 300 achieved, we shouldn’t be surprised if something bearing at least a few of its ideas reaches showrooms within the next few years. 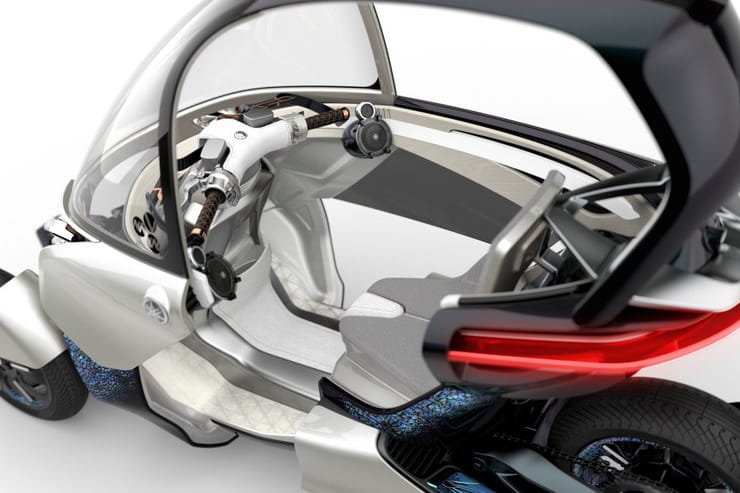