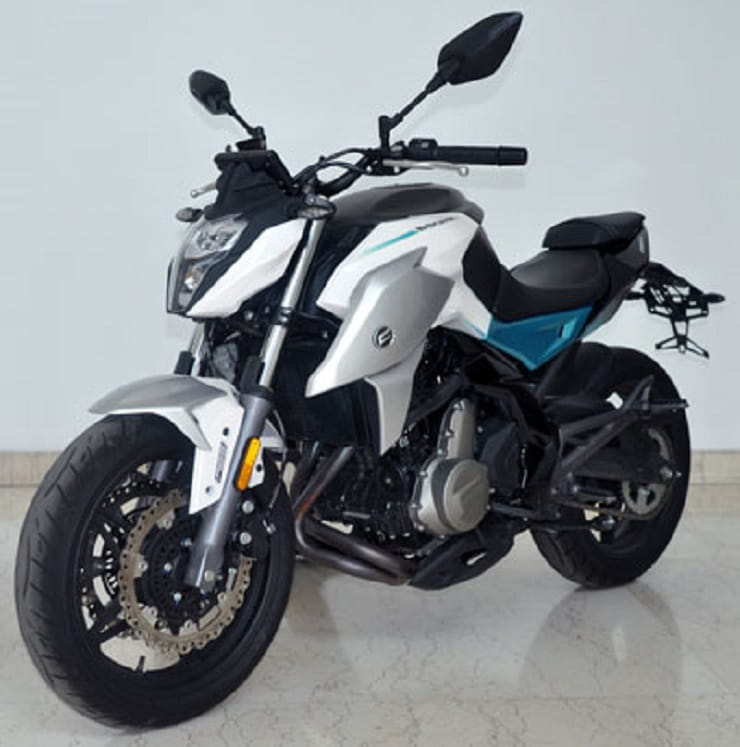 We can reveal that CFMoto is set to revised its unfaired 650NK and 400NK parallel twins for 2020 thanks to these leaked images of the upcoming new versions.

While not a top-to-toe makeover, the changes to the NK models nonetheless give the bikes – which are essentially the same other than their bore and stroke – an improved look.

The most notable update to the machines, which are designed by the same Kiska studio that’s responsible for KTM’s styling, are the side panels. On the leaked images of the 2020 bikes, they extend further forward on each side of the radiator, putting more of the visual ‘weight’ towards the front of the bikes. Up front there’s a new mudguard, but the rear section of the bikes is unaltered.

Technically, the models appear to be unchanged. Leaked details accompanying the pictures confirm that their dimensions and weights are the same as the current bikes, as are the power levels – 41hp for the 400cc model and 60hp for the 650.

There is a new headlight, although in the images seen here it appears only on the 400cc model (below). The lamp appears to be near-identical to the unit used on the smaller 250NK and 300NK and sits in a restyled nose fairing.

While the 650NK (above) carries the same headlight as the current model, there’s a new instrument panel sitting above it. From the shape it appears to be the sort of colour TFT display that’s increasingly common rather than the old grey LCD panel that’s used on the current model. Since the 250NK/300NK already have a colour dash, the 2020 650NK is almost certain to use the same unit.

All will no doubt be revealed at next month’s EICMA show, where we’re also expecting to see some bigger news from CFMoto in the form of the firm’s planned 700cc neo-retro naked model. 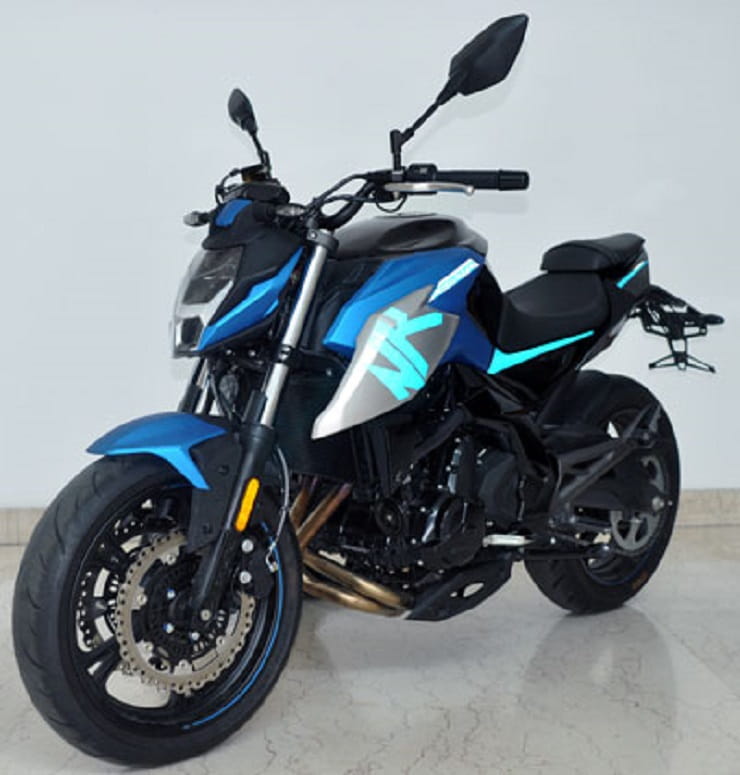