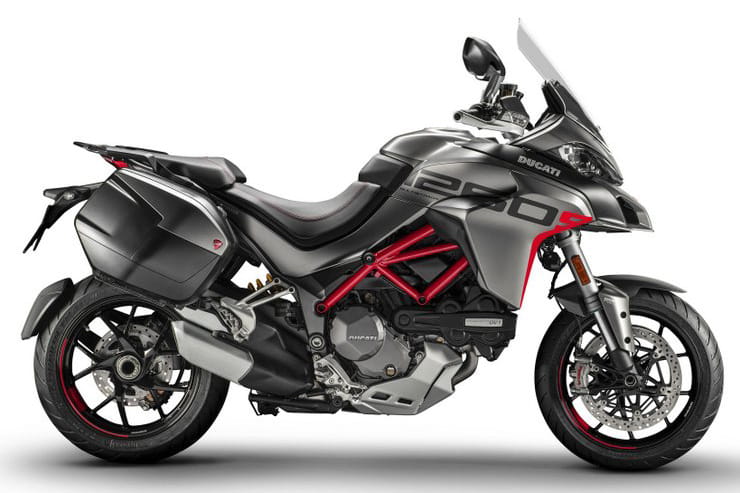 Ducati’s Multistrada has long been the firm’s most convincing long-distance bike and with the introduction of the 2020 Multistrada 1260 S Grand Tour the firm is embracing the bike’s continent-crossing capabilities.

We first revealed the existence of the Grand Tour back in August when Ducati filed documents that confirmed its existence, and the reality is pretty much what we expected to see.

In short, it’s a high-spec ‘S’ version of the Multistrada 1260 fitted with a host of extras to emphasise its touring ability.

The bike gets standard kit including a centre stand, panniers, a new seat and heated grips as standard, along with extra LED fog lights, an electronic, hands-free fuel filler cap and a tyre pressure monitoring system. That’s a fair bit of kit.

How much is the Ducati Multistrada Grand Tour? 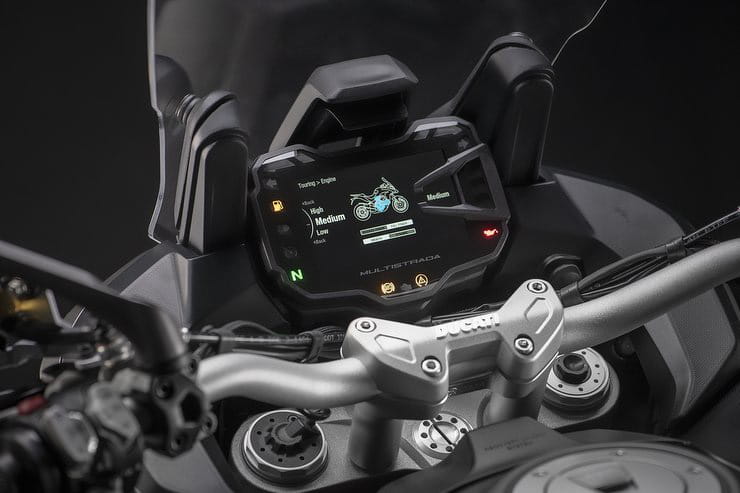 As well as the equipment, the Multistrada 1260 S Grand Tour gains its own unique paint scheme; a matte grey with red highlights that contrasts with the bike’s red-painted frame. The wheels also feature red sections on the rims to complement the look. 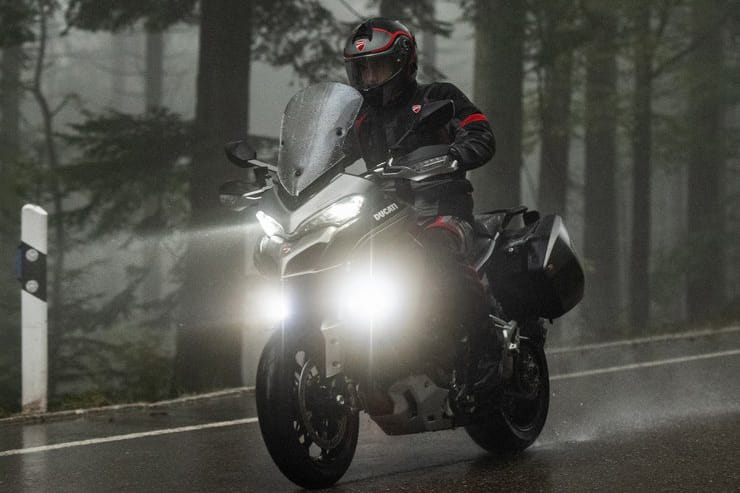 One element that’s lacking – and missing from all Ducati’s 2020 models so far – is the promised radar-assisted cruise control system.

Ducati said back in April 2018 that ‘a Ducati featuring front and rear radar’ was ‘already in the pipeline for 2020’, and that the system would be ‘available on one of the Ducati models coming in 2020.’

However, despite the fact that the Multistrada 1260 was the original testbed for the system, it’s yet to appear. We know that the planned Multistrada V4, due in 2021, will feature the radar cruise control, but it seems that hopes that the system is available on a 2020 model are dwindling.