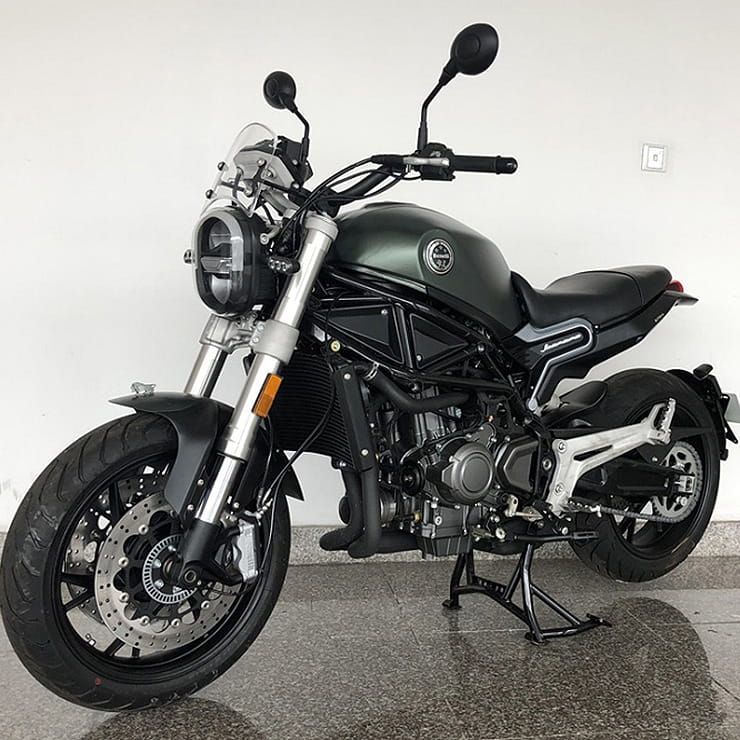 Benelli has been undergoing something of a quiet revolution over the last few years by building an increasingly convincing range of affordable bikes. The 2020 Leoncino 800 takes the undeniably attractive style of the firm’s 500cc Leoncino retro scramblers and adds the 754cc parallel twin from the firm’s 752S naked bike to create by far the most appealing model in the firm’s line-up.

At the moment, the 2020 Leoncino 800 hasn’t been officially confirmed but this image, taken from a type-approval document, reveals that it’s definitely on the way. We saw a concept version shown at EICMA last year and the production version that you see above is virtually identical.

Visual changes compared to the concept (below) include different brake discs, new engine covers and more classic finishes including bare aluminium on the pillion peg brackets. Mechanically, there are tweaks, too. The wire wheels of the 2018 concept are gone, replaced with cast alloys on this version of the production bike, but it’s a pretty safe bet that wires will be available either as an option or, as on the smaller Leoncino 500, as a feature of a second ‘Trail’ version of the bike.

We can also see that the Marzocchi forks of last year’s concept are replaced with similar-looking components with no visible brand name, suggesting these might be in-house components. Mass-made, cast aluminium triple-clamps are another difference, replacing the billet aluminium one-offs on the 2018 show model. There’s been a similar bait-and-switch when it comes to the brakes – the concept bike had Brembos but the production version uses Benelli-branded radial calipers assisted by Bosch ABS.

In terms of specs, the type-approval information confirms that the Leoncino 800 makes 76hp from a 754cc twin, the same unit that’s used in the 752S naked bike. It drives through a 180/55ZR17 rear tyre that’s matched with a 120/70ZR17 front, and gives a top speed of 118mph. That might not sound much, but the pursuit of ultimate top-end performance isn’t this bike’s aim. 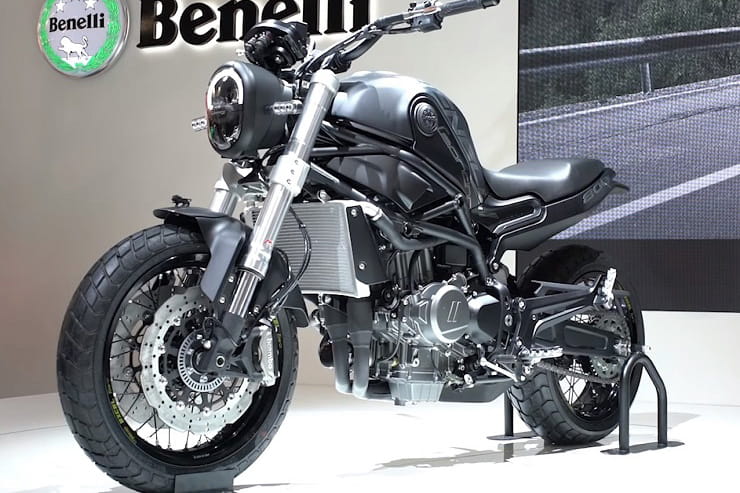 Although made in China, Benellis are still largely designed in Italy and that certainly applies to the Leoncino 800. The styling is a bullseye on the currently-fashionable neo-retro look, and the bike’s scrambler stance gives a further boost to its chances.

The production version retains the distinctive lozenge-shaped headlight of the concept bike but gains a small flyscreen above it. Underneath, the Leoncino’s lion mascot on the front mudguard has made it through to production, too. Leoncino literally translates to ‘little lion’.

When it comes to sales Benelli hasn’t made huge waves in the UK yet, but it’s fast becoming a serious force in its home market of Italy, where customers are clearly not concerned about the fact the bike’s bearing the classic Benelli name are now manufactured in China. The latest figures show that Benelli’s best-seller in Italy, the TRK502, is the country’s third most popular bike, lagging behind only BMW’s all-conquering R1250 GS and Honda’s Africa Twin. In the first eight months of this year, Benelli sold 2364 TRK502s in Italy, compared to 2598 Africa Twins and 3326 BMW R1250 GSes.

The Leoncino 500 is the firm’s second best-seller in Italy, with 1039 sales in the first eight months of 2019 making it the nation’s 12th most popular model and putting it ahead of such glitterati as Ducati’s Multistrada 1260. Perhaps more importantly it’s also well clear of direct rivals like Honda’s CB500X.

In the UK we’ve yet to embrace Benelli’s offerings so warmly. The firm’s current best-seller here is the tiny Tornado Naked T, with 218 sold in the first half of the year. 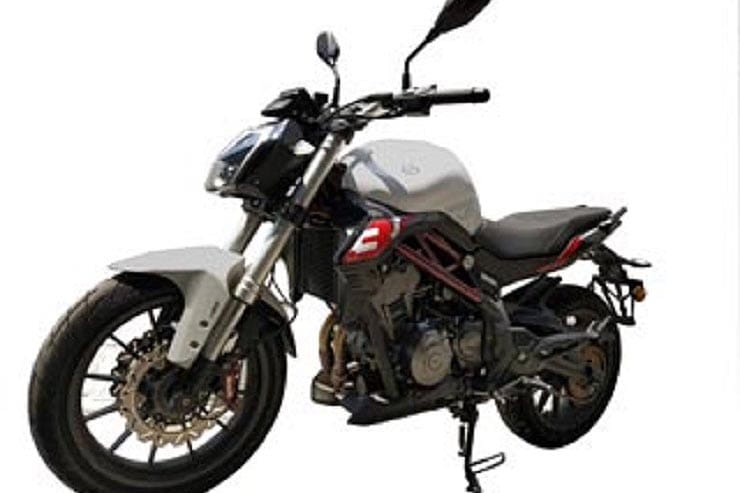 One of the more unexpected stories to emerge this year was June’s announcement from Harley-Davidson that it was tying up with Benelli’s Chinese owner QianJiang to create a new 338cc parallel twin for the Asian market.

At the time we speculated that the new twin might be a mix-n-match creation using existing Benelli parts, as by using the short-stroke (45.2mm) crankshaft from Benelli’s 300cc 302S and the bigger 69mm bore from the firm’s physically similar 500cc twins, you reach the exact 338cc capacity that Harley has claimed for its planned bike. At the same time, Harley’s design sketches clearly showed a bike with the Benelli 302S’s frame and the firm’s parallel twin engine, simply wrapped in more American-style bodywork.

Now another leaked new model from Benelli appears to take us a step closer to the planned Harley-Davidson tie-in: it’s the Benelli 352S (also to be called TNT350 in some markets).

As the name suggests, the new bike is basically a Benelli 302S/TNT 300, but with an upsized engine to take it into the 350cc market. Although the exact capacity isn’t mentioned on the documents that leaked the new bike’s name and the picture you see above, we’d bet that it’s actually 338cc, just like the planned Harley-Davidson.

The documents confirm that the bike is basically unchanged apart from its engine size and name, retaining the same 204kg wet weight of the 302S and carrying over identical styling.

Both the Leoncino 800 and the new 352S/TNT 350 are expected to get a public airing at the EICMA show in November and to reach showrooms in 2020.