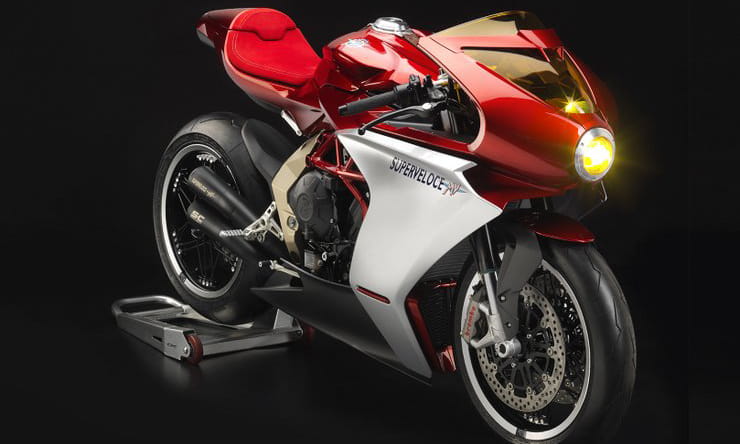 When MV Agusta revealed the Superveloce 800 concept at last year’s EICMA show in Milan it was always fairly clear that a production version would be hot on its heels. Now a new Instagram post has confirmed it will be part of the company’s 2020 model range.

Featuring the silhouette of a near naked woman atop the new machine, the Instagram post is as firmly anchored in the past as the Superveloce’s inspiration. And this is one bike that really doesn’t need that sort of assistance to grab your attention; it’s simply stunning.

The bike pictured in the teaser appears to be the same prototype that was shown last year, and still lacks a few road-going requirements like mirrors, indicators or a licence plate, but even once those bits are bolted into place they’re unlikely to mar the retro-inspired appeal.

As usual for MV Agusta, the styling has been overseen by British design legend Adrian Morton, who made his name with the Benelli Tornado before moving across to rival MV Agusta, faced with the daunting task of filling Massimo Tamburini’s shoes. The style falls into the ‘neo-retro’ category; it’s not a slavish copy of models gone by, but an evocation of 1960s and 70s ideas re-wrought into a bike that’s otherwise 100 percent modern.

Technically, it’s basically an F3 800, but MV has promised a fraction more power from a remapped ECU and different exhausts. Whether details like the multi-part wheels and the distinctive spoiler above the screen make it to the showroom version remains to be seen, but we can expect an official unveiling, along with full specifications and performance claims, before the end of 2019.