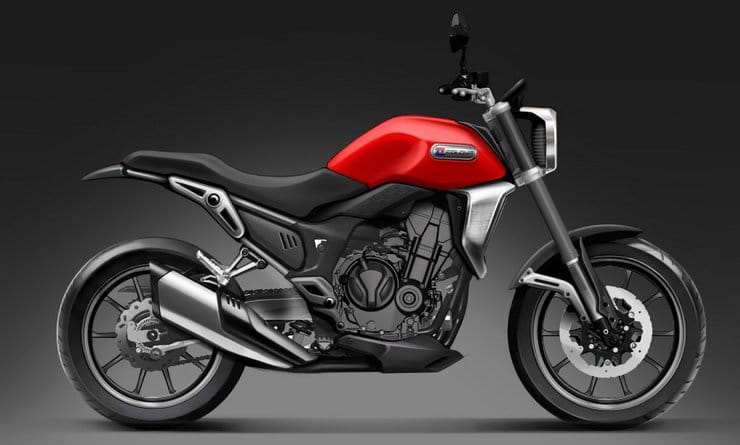 Chinese firms have a well-earned reputation for blatant copies of more established machines but the latest trend from the country’s fast-developing bike companies is to pre-empt the models that more famous Japanese brands might make in the future. Honda doesn’t make a CB500R yet, but this is the second Chinese bike to appear this year intending to plug that hole in the market.

Called the Colove 500F it’s just been given its official unveiling in China. Not heard of Colove? That’s no surprise as it’s a new firm, but its initial offering – a brace of parallel twin adventure bikes, the 400X and 500X – have been well received in its homeland.

The new 500F marks its first bike outside the adventure field, and there’s no denying that it looks pretty attractive, if a bit familiar. That’s because there’s more than a nod to the ‘Neo Sports Cafe’ styling of Honda’s CB125R, CB300R, CB650R and CB1000R in there. Even the colour scheme of muted red with brush alloy is similar to Honda offerings, but so far Honda hasn’t extended that style to the CB500 range.

As its name suggests, the Colove 500F is a 500-class bike, 471cc to be precise, and uses the Loncin KE500 engine which is a close copy of the Honda CB500 parallel twin. It already appears in Colove’s 500X and is the basis of the Motrac MO-500 that we showed you last month; another Chinese design that borrows the Honda Neo Sports Cafe styling theme.

If anything, the Colove does a better job than the Motrac when it comes to capturing the Honda Neo Sports Cafe look, with an alloy-rimmed headlight and matching radiator cowls.

Performance-wise, the Loncin engine matches the Honda CB500 unit it’s derived from, with 47hp at 8500rpm and 32lbft at 7000rpm, and with China’s emissions laws falling into line with Europe’s, it’s equally clean-running as well. The bike also features ABS, so has all the basics needed to be legally type-approved over here. However, with a massive home motorcycle market clamouring for bikes like this, there’s no urgent need for Colove to start exporting just yet. 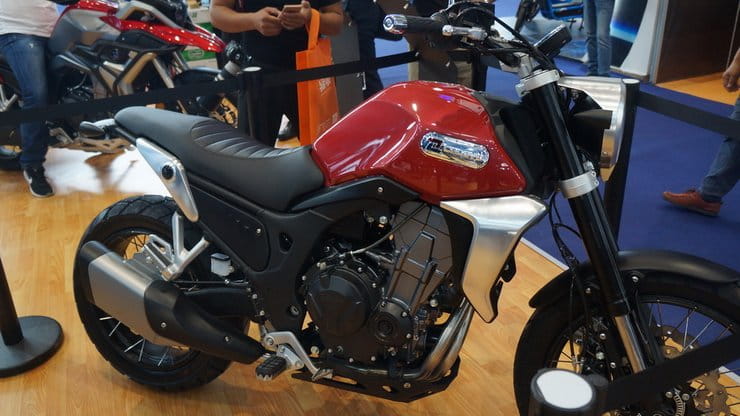