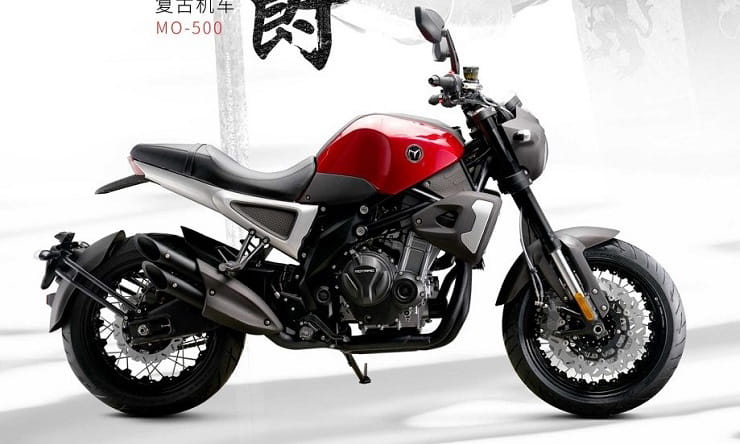 If you wanted to place a bet on what new models Honda will launch later this year it would be pretty safe to guess that a neo-retro CB500R might be on the way, but Chinese firm Motrac has beaten Honda to the punch with its own take on the idea.

In 2018 Honda transformed the CB1000R with its new ‘Neo-Sports-Cafe’ look and launched the CB300R and CB125R with the same style. For 2019 the mid-range CB650F was given the same makeover, becoming the CB650R. That means that the CB500F has been left out in the cold. Its styling, once a ‘family’ look shared by the other CB-F models, is now outdated and stands alone among the Neo-Sports-Cafe-styled CB-R naked bike line up. It doesn’t take a crystal ball to see that a revamp is on the way, borrowing the round headlight and modern-retro look of the other naked bikes in the firm’s range.

Motrac isn’t a firm that’s made a huge splash outside China yet, but its line-up of parallel twin 500cc bikes are – on paper at least – quite convincing. It’s a range that borrows more than a little inspiration from Honda’s CB500 line up, with a faired sports bike version (the MT-R500), an adventure-style model (the MG-R500) and now this naked MO-500 model.

The engine will look pretty familiar to anyone who’s spent much time with a Honda CB500, too. It’s a Loncin-made motor, but visually it’s almost identical to the Honda’s engine. It differs inside, though, with a claimed 491cc capacity compared to the Honda’s 471cc, and a much more over-square bore and stroke of 76mm x 55.1mm where the CB500 motor uses a 67mm bore and 66.mm stroke.

At the moment there’s little sign that we’ll be able to buy the Motrac offering in the UK in the foreseeable future, but with Honda almost certain to adopt the Neo-Sports-Cafe look for the CB500 next year, if you want a bike with this combination of style and performance, you probably don’t have long to wait.