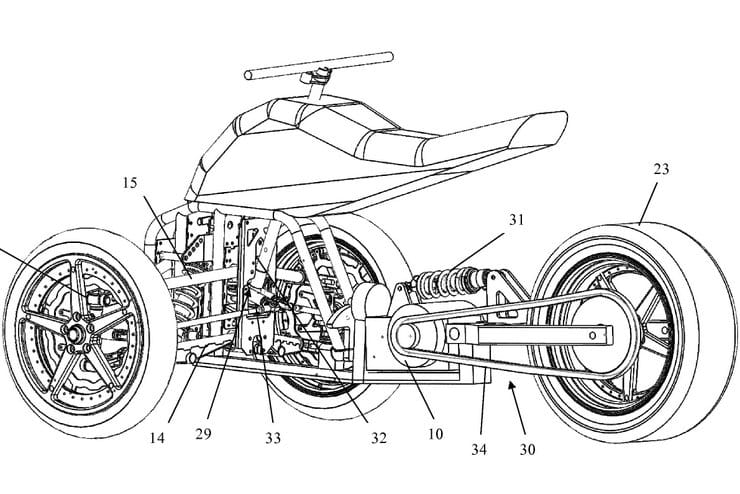 Brudeli made headlines a decade ago when it put its KTM-powered Leanster 654L into limited production, three years after debuting its original design – the 625L – as a working prototype.

Not many were made, but Brudeli didn’t go unnoticed; Yamaha snapped up rights to the firm’s key leaning trike patent and may yet build its own production model around the same design. Unlike Yamaha’s existing ‘Leaning Multi Wheel’ models – the Tricity and Niken – the Brudeli design uses car-style double wishbone suspension, with a much wider front track and lower centre of gravity than Yamaha’s sliding fork based machines. Yamaha’s medium-term business plan for its three-wheelers includes the silhouette of a very Brudeli-like machine as the next model in its LMW line-up after the 3CT goes into production.

Now Geir Brudeli, the mastermind behind the Brudeli Leanster, has filed patent applications for another leaning three-wheeler that develops on his original idea and intends to increase rear-end traction to match the boosted front-end grip that the layout creates.

His new design uses the same double-wishbone front end design as the original Leanster, but combines it with a new chassis that incorporates a pivot in front of the rear suspension’s swingarm. It allows the rear end to rotate relative to the front, keeping the back wheel vertical even when the rest of the bike is at full lean. That means a wide, car-style rear wheel can be used, always keeping its tread flat against the road.

The idea is clearly based on the flexibility that can be gained by using electric power rather than a petrol engine. An electric motor, mounted just ahead of the swingarm, also remains parallel with the road to keep the final drive chain aligned. The patent doesn’t show where the batteries would sit, but presumably they’d be kept on the tilting front half of the bike.

Of course, the idea of putting a hinge into the middle of a leaning three wheeler isn’t entirely new; Honda’s long-running Gyro line of scooters has kept its rear end vertical ever since it first emerged nearly 40 years ago, and itself was based on technology licenced from the BSA-built Ariel 3 of 1970. However, those designs all combine a single tilting front wheel with two vertical rears, where Brudeli puts the two wheels at the front – a layout that should provide far better grip and handling. 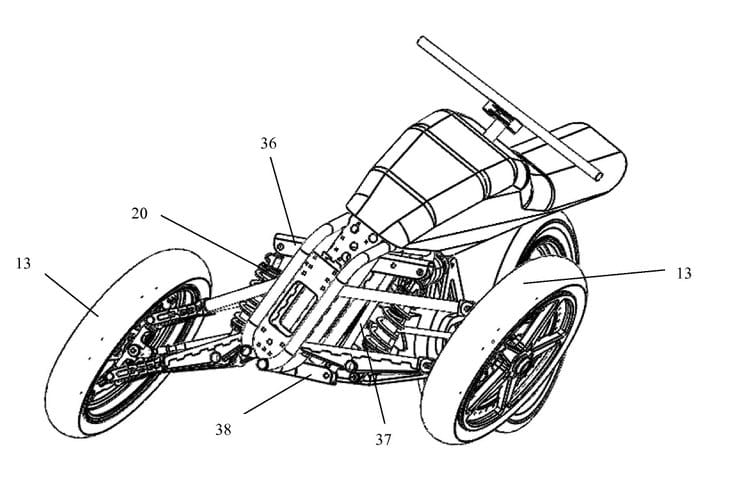