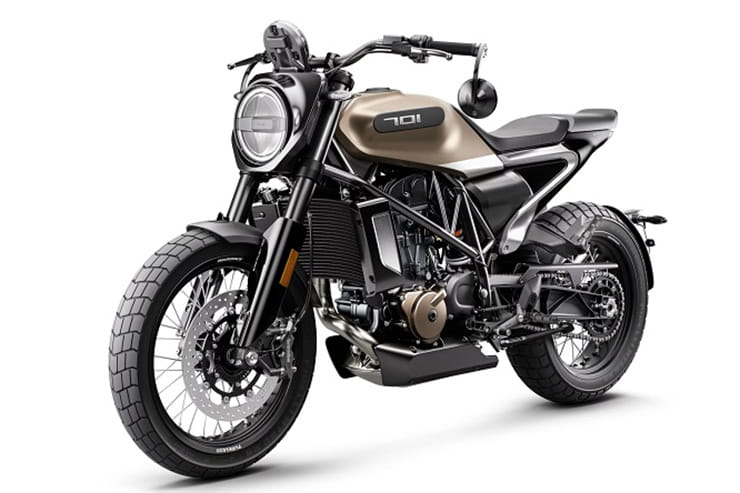 Husqvarna’s Svartpilen is already one of the most distinctive bikes on the market but the firm has just added a special edition model to the range in the form of the Svartpilen 701 STYLE.

The original Svartpilen 701, which first appeared in concept form in 2017 and was shown as a production model late last year, finally reached dealers last week with a list price of £8899. But the debut of the new STYLE derivative means you might want to hold off from buying the base model. Although its changes are purely cosmetic, on a bike as styling-led as the Svartpilen they’re an important step forwards.

The headline change from stock is the addition of Akront wire wheels instead of the five-spoke alloys of the base model, retaining the same 18-inch front, 17-inch rear dimensions. It’s a tweak that makes a disproportionately large change to the bike’s overall look, adding immensely to the neo-retro, scrambler-inspired style.

The STYLE also gets its own paint colours, with a bronze finish on the tank and contrasting matt silver and gloss black on the tail. Many alloy parts, finished in bare metal on the stock version, are given a coat of black paint, too. Bar-end-mounted mirrors, dangling below the bars, replace the base Svartpilen’s conventional units, helping give the bike a lower profile overall. Further detail changes include CNC machined footpegs and aluminium tank badges.

At the moment there’s still no indication on price or when the Svartpilen 701 STYLE will reach dealers, but it’s certain to be more expensive than the base model that’s available right now.