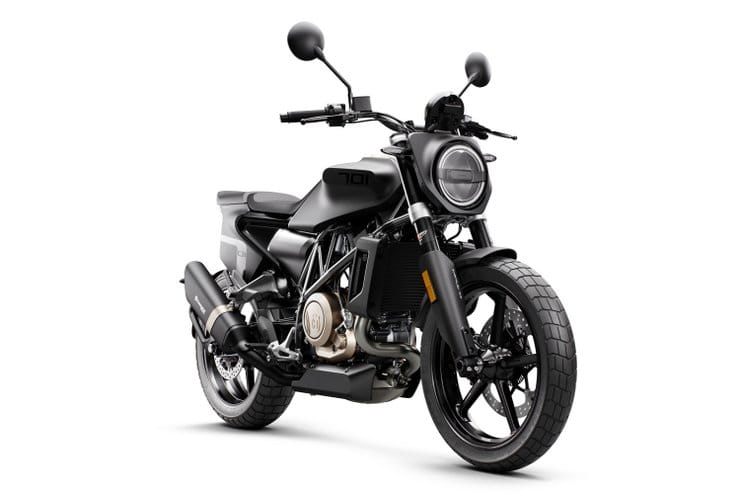 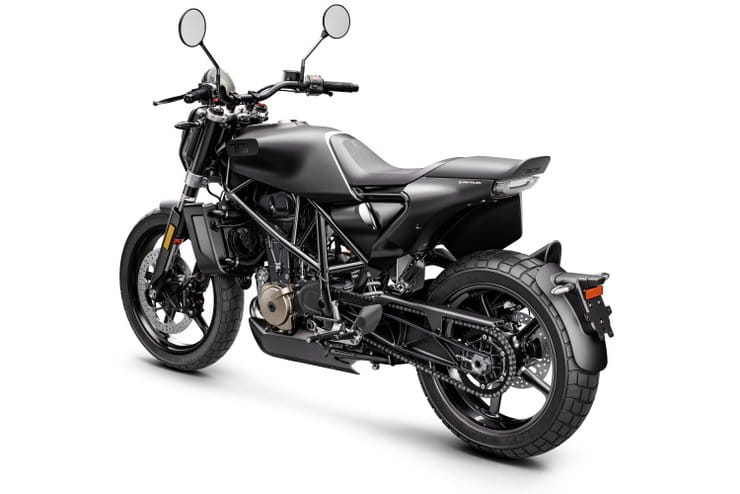 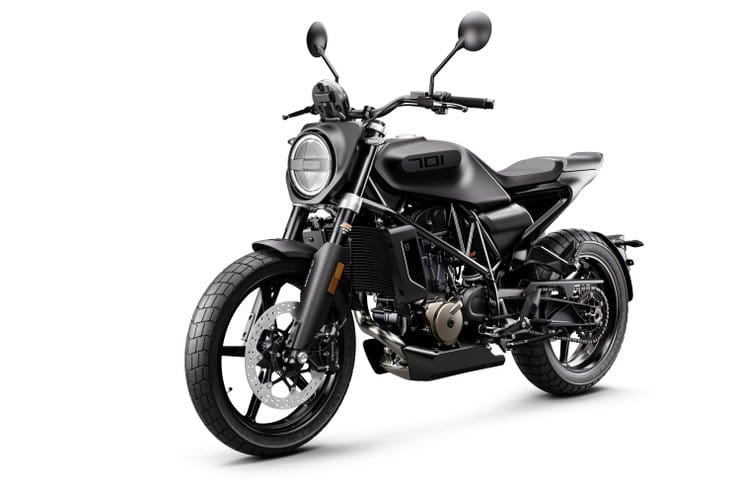 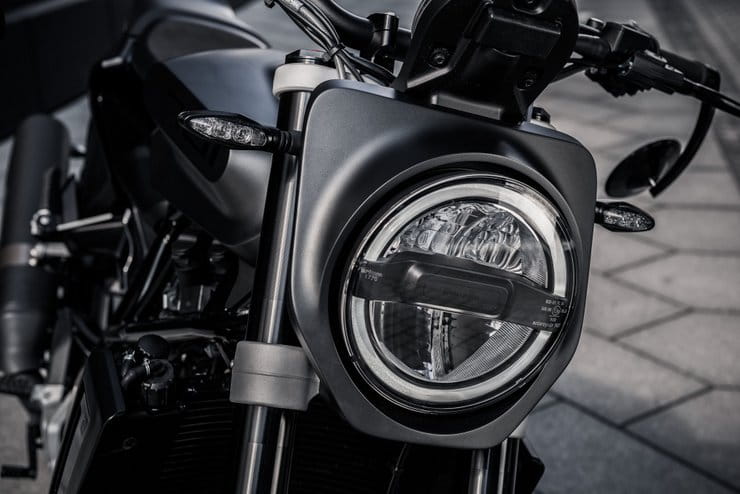 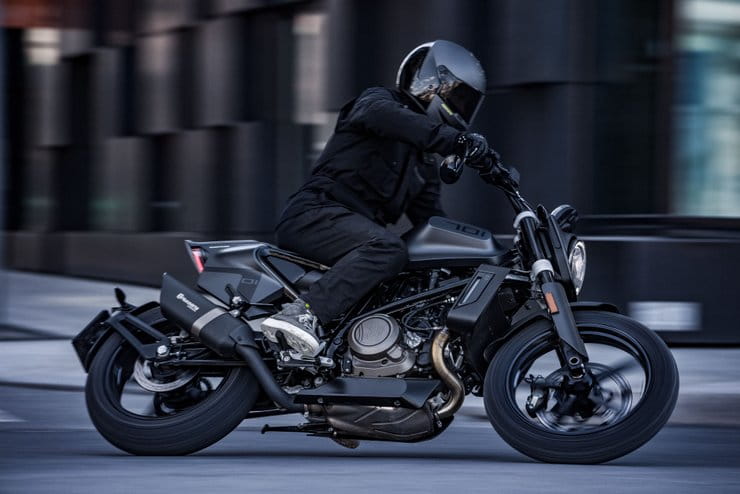 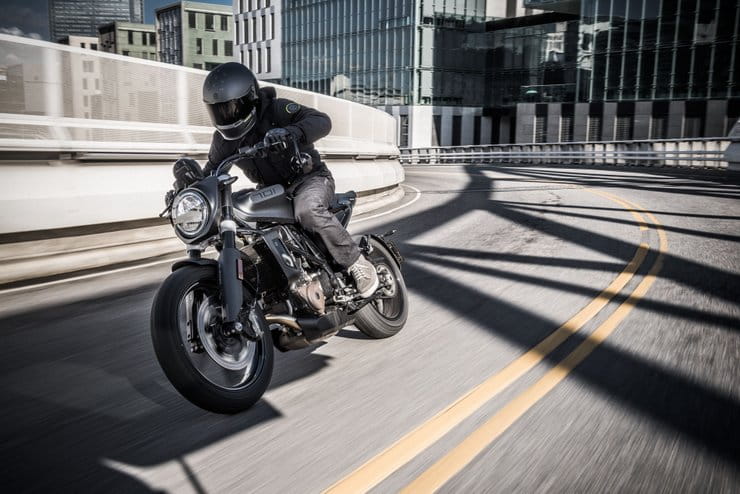 Husqvarna’s habit of showing a concept bike one year and following up with a production version 12 months later has become regular enough to set watches by, so we can’t say we’re surprised that the Svartpilen 701 has been unveiled in production form.

Exactly 12 months ago, Husqvarna showed the Svartpilen 701 as a concept, and the production version you see here really doesn’t look much different. Sure, the headlight has been toned down a fraction and the exposed paper air filter of the concept has been replaced with a sealed airbox. But it was always clear that would happen. And as far as other changes are concerned, there really aren’t many to mention. A couple of small additional panels have appeared under the engine to hide the inevitable catalytic converter, and of course the firm has added a licence plate hanger – swingarm-mounted – plus mirrors and some unobtrusive LED indicators, but that’s about it.

So if you were a fan of the Svartpilen 701 concept’s style, you’re going to like the production bike.

Mechanically, it’s just what you’d expect; there’s a KTM-sourced, 73hp, 692cc single, mounted in a chrome-molybdenum chassis that’s also KTM-derived. After all, Husqvarna is another brand under the KTM umbrella, so it would be unreasonable to expect it to use completely different components.

Brembo brakes, WP suspension, an up/down quick shifter, switchable ABS, ride-by-wire and a slipper clutch are all standard. If you’re looking for a scrambler that’s not going down the out-and-out retro route, this might just be the answer. 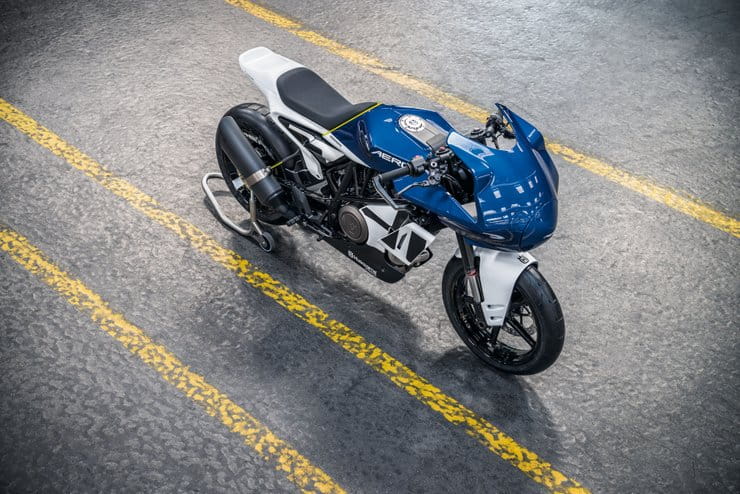 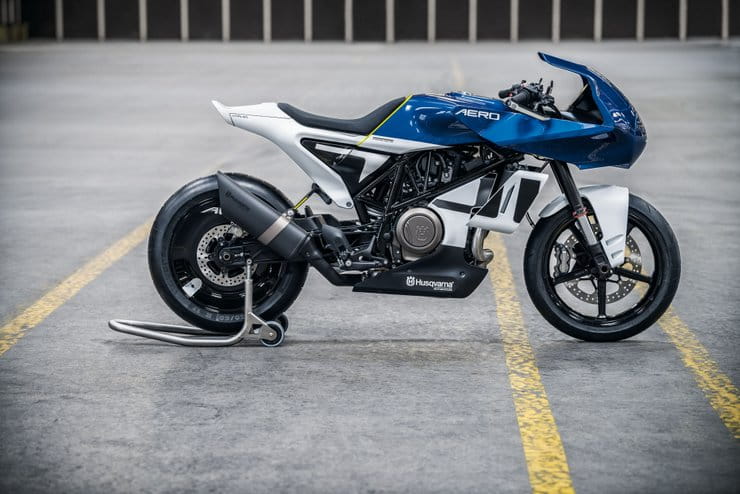 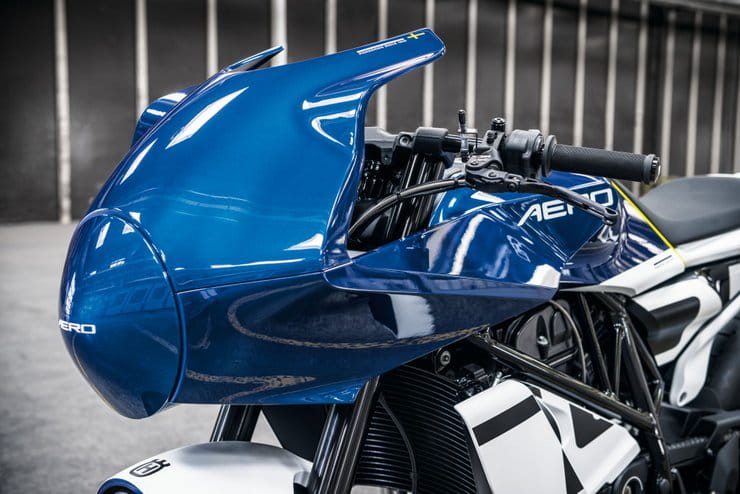 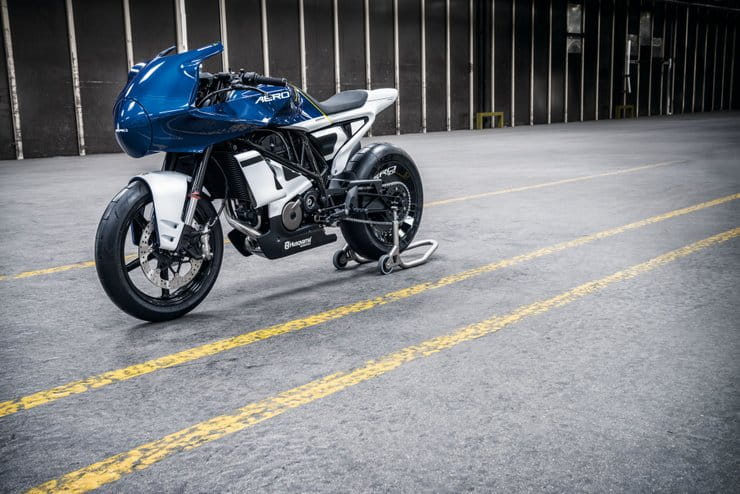 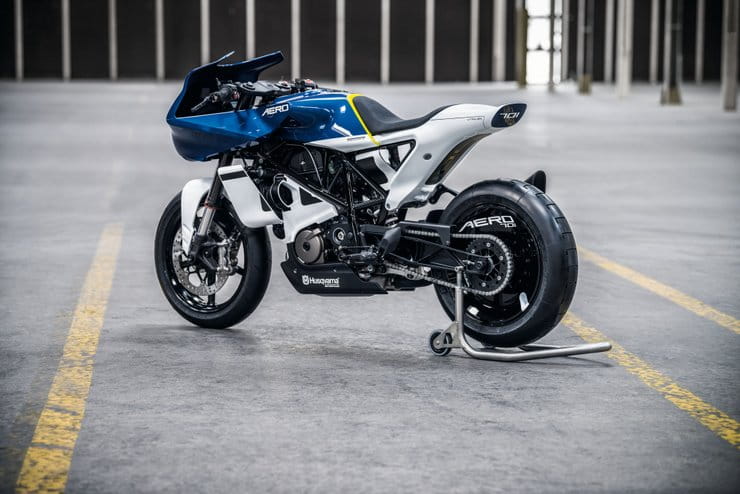 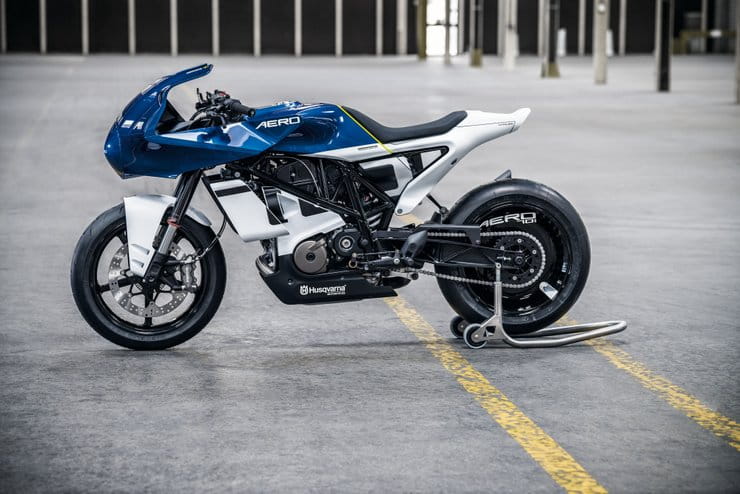 Every year we get a concept bike from Husqvarna, and usually we see a production version not long afterwards. So the showing of the Vitpilen 701 Aero concept could well be a precursor to a showroom version of the same machine.

It’s styled very much like the Vitpilen 401 Aero concept shown back in 2016, following the same neo-retro approach as the Vitpilen and Svartpilen models, but adding a fairing to the mix. So while that original Aero concept bucked the usual Husqvarna trend by not appearing as production model a year later, it seems the idea is still very much alive.

Mechanically, it’s a Vitpilen 701 – so there’s the engine and chassis from a KTM 690 Duke – but the addition of a bullet fairing changes the look dramatically.

Husqvarna says it “hints at the potential for a more performace-oriented future for Husqvarana Motorcycles’ street range.”

That sounds like a pretty strong suggestion that a production version is coming soon. 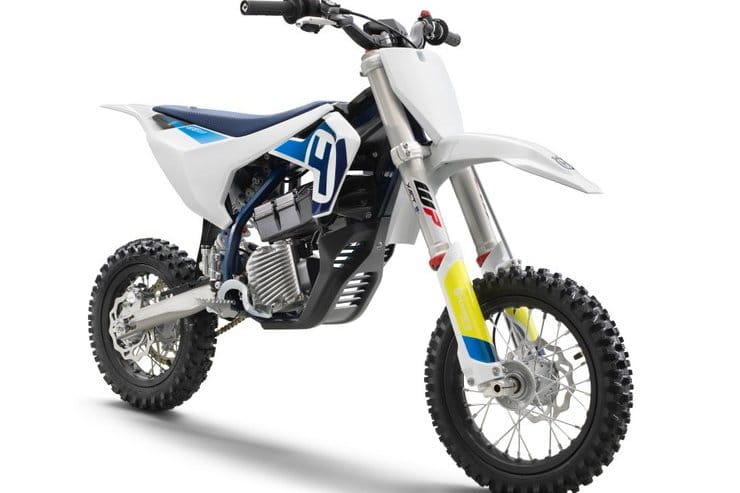 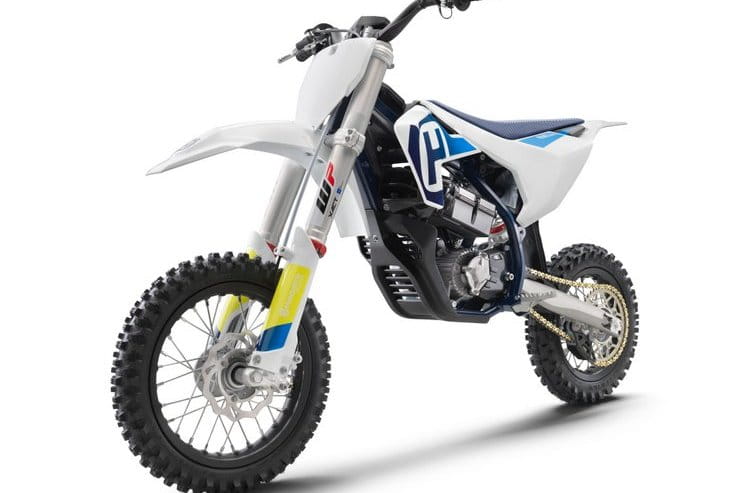 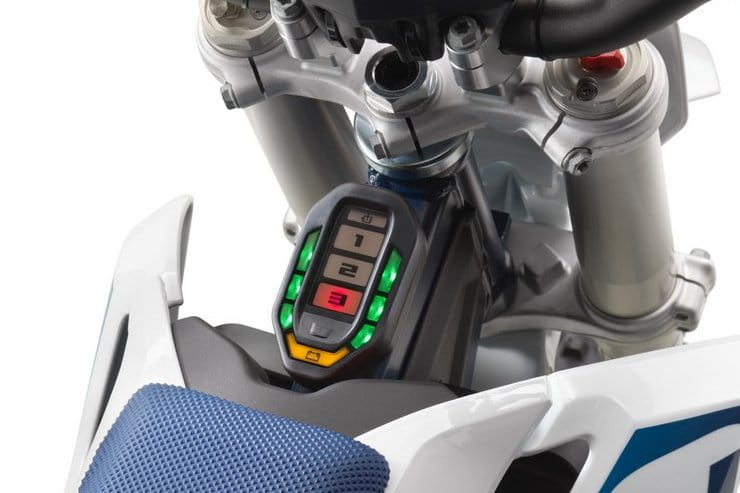 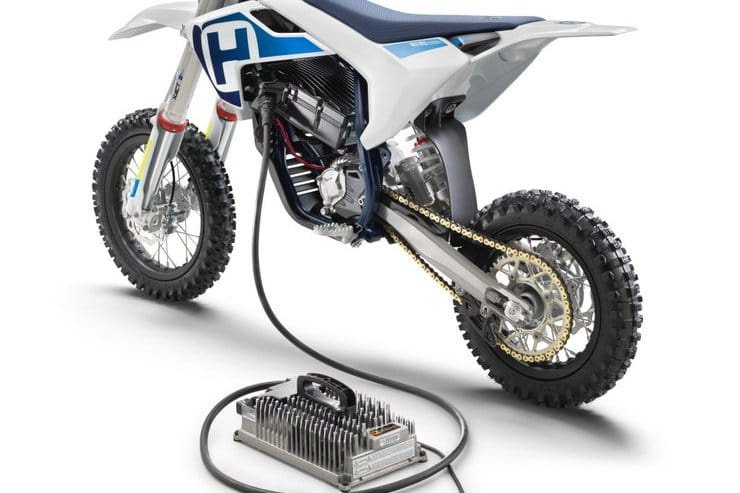 One bike that definitely is going into production, albeit not until later in 2019, is Husqvarna’s EE 5 – the first electric bike to come from the brand.

While its sister firm, KTM, has dabbled in electrics for years with the Freeride-E, the EE 5 is different proposition. It’s aimed at kids, with the hope that electric power will be less intimidating than a petrol engine.

It features a 907Wh Li-ion battery and a 5kW (6.7bhp) electric motor, with six different riding modes and quick-charging technology to minimise downtime. As usual, the suspension is WP kit.