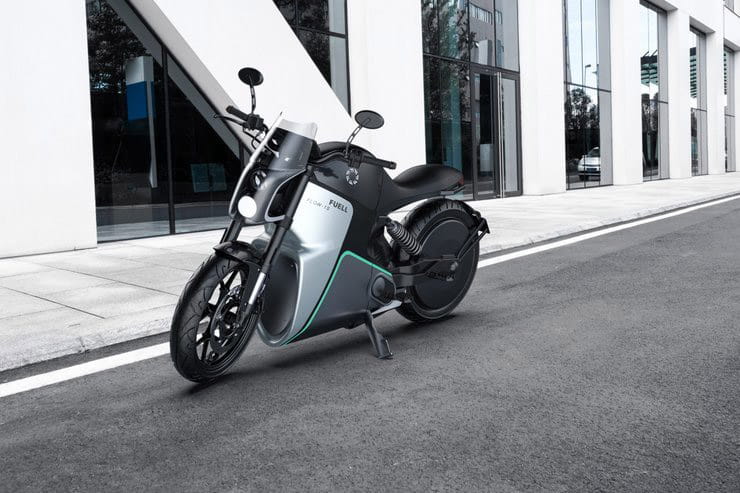 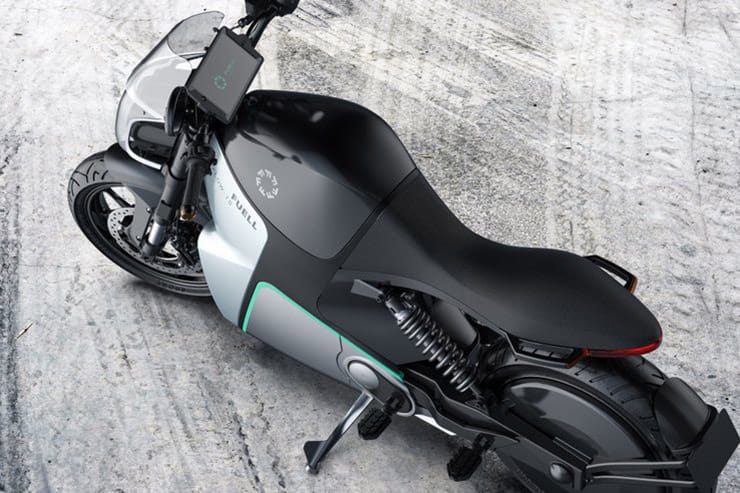 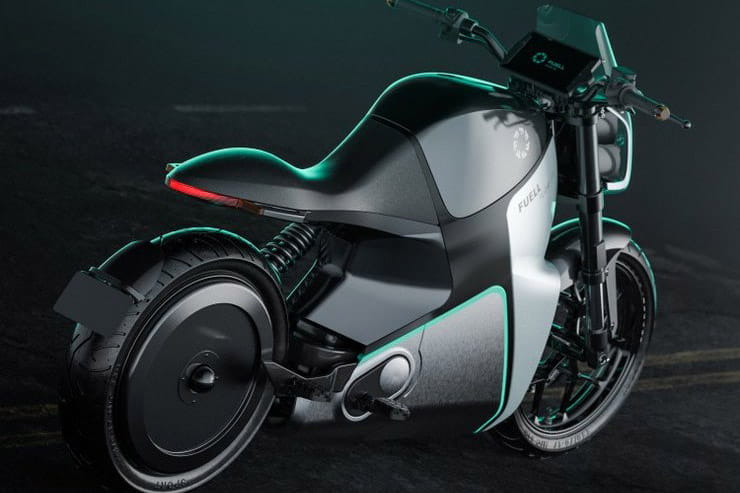 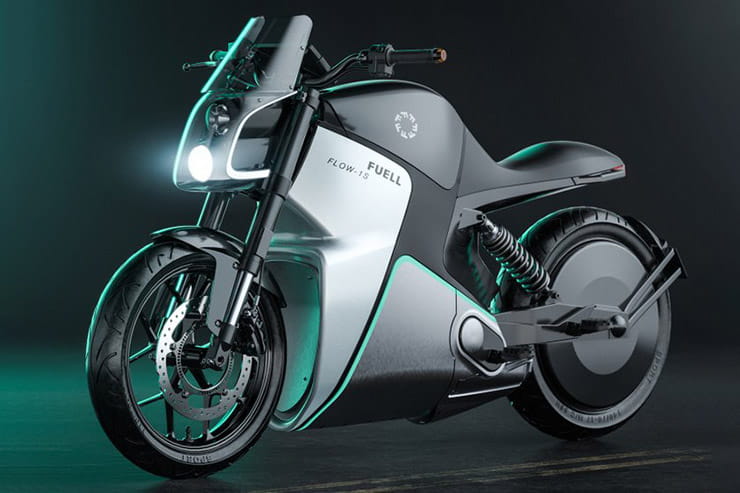 Even the staunchest electric bike sceptic has got to admit that there’s a spectacular tidal wave of planned new machines in the field. The latest comes from none other than Erik Buell – widely recognised as a visionary motorcycle engineer – and goes under the ‘Fuell’ brand name.

We’ll try to put puns to one side but it’s tempting to say that Fuells rush in where mainstream manufacturers fear to tread by focussing purely on electric bikes.

The firm has just unveiled its first two models. One, the ‘Fluid’, is a pedal-assisted machine set to be sold as both a licence and insurance-free ‘pedelec’ and as a more powerful version that will need to be registered and ridden under moped rules. The other, dubbed ‘Flow’, is a proper electric motorcycle that’s due to be sold with two power outputs – one falling into the learner-legal 125cc bracket, the other offering three times the power and sliding into the A2 licence category. 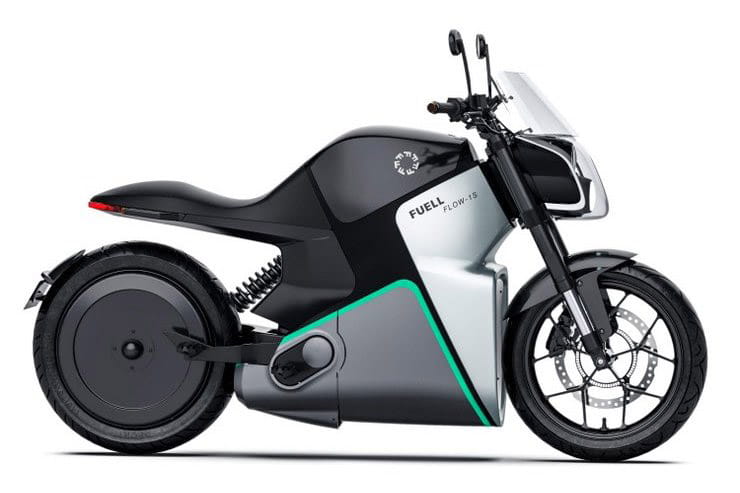 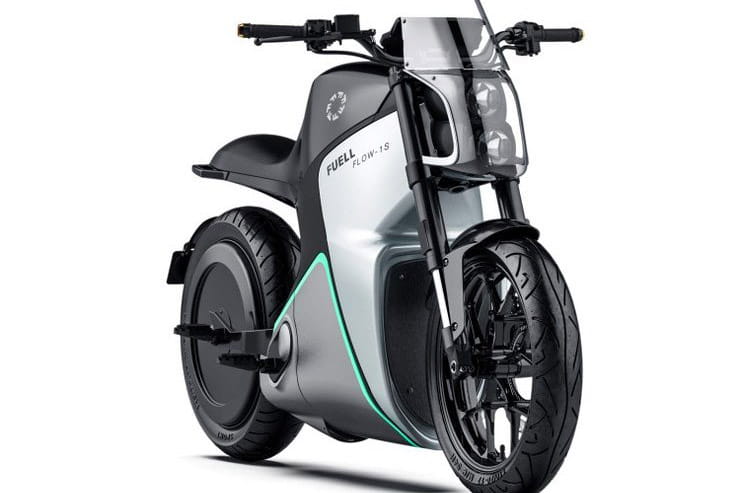 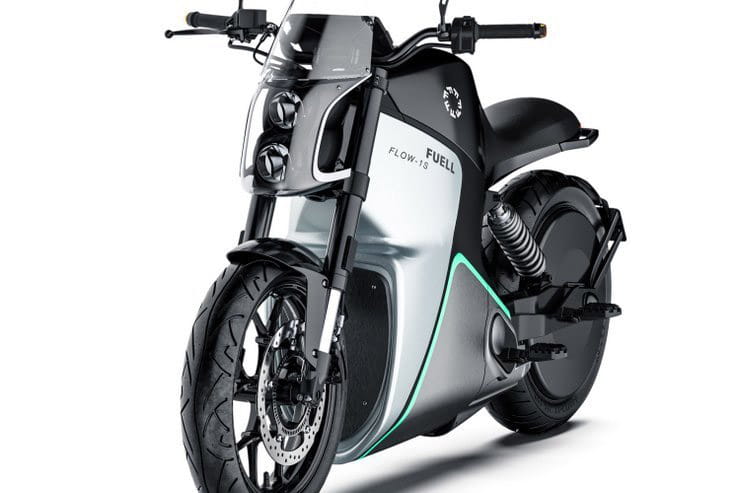 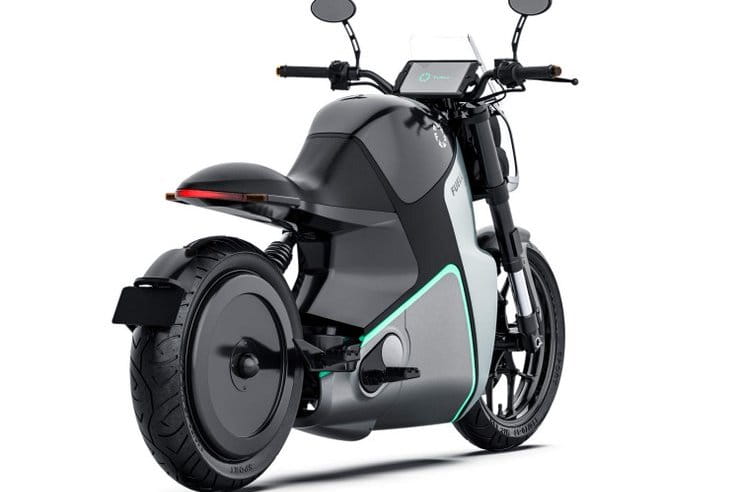 Of course it’s the Fuell Flow that’s most interesting to us. Full details of the bike won’t be announced until the end of April, but already it’s clear that the machine features some unconventional design elements – you’d expect nothing less from any bike from the pen of Erik Buell.

Most notable is the hub-mounted electric motor. That’s a design that’s usually reserved for the cheapest of electric scooters – the millions of identikit e-scooters churned out by backyard factories in China all tend to use hub motors. But here it’s not some off-the-shelf Chinese motor but a proprietary design made specifically for the Fuell Flow.

The advantages of the hub motor come in the form of packaging – there’s no need for a drive chain or belt, and the main chassis needs only to contain the batteries and control electronics. Indeed, Fuell is claiming that the Flow offers 50 litres of luggage capacity inside what appears to be a monocoque chassis.

The traditional disadvantage of the hub motor – and the reason it’s not used by the majority of higher-performance electric bikes – is that it normally adds a huge amount of unsprung and rotating mass to the rear suspension. We’ll have to wait to find out how Erik Buell has addressed that, but given that his older, internal-combustion-engined bikes tended to put a strong focus on reducing unsprung and rotating masses (hence their adoption of rim-mounted brake discs, for instance), it’s hard to imagine he’s suddenly reversed his thinking on that issue.

Buell’s track record shows that he’s been able, in the past, to go against established motorcycle design ideas with great success, so we’re hopeful that he’s doing the same here. For instance, with the XB9R and its successors he introduced an extreme, 21-degree steering head angle and ultra-short wheelbase that logic suggested would be skittish or unstable. Instead it proved spectacularly poised and controllable.

In its cheapest form, planned to cost a reasonable-sounding $10,995 in America (equivalent to £8350), the Flow is set to make 11kW (15hp). That’s intentional and reflects the firm’s European aspirations, as it slides under the EU limits for learner-legal bikes. Similarly, the more powerful version – for which no price has yet been revealed – will make 35kW (47hp), which is precisely on the A2 licence limit in Europe.

The numbers might not sound spectacular, but thanks to the way it’s measured, it’s often not fair to directly compare electric bike outputs with their petrol equivalents. For instance, Europe measures electric bikes by their ‘continuous’ power output – the amount they can make constantly for a prolonged period of time – rather than their absolute peak. For petrol bikes, it’s the opposite; their peaks are measured regardless of whether prolonged running at wide-open-throttle, maximum revs and maximum power will soon lead to the engine’s demise. As a result, electric bikes often have peak power that’s twice as high as the legally-recognised continuous output. Zero’s new SR/F, for instance, is rated at 54hp but actually manages 110hp. If Fuell is playing the same game, it’s likely that the 15hp version might make nearer 30hp, while the 47hp model could be knocking on the door of 100hp for brief periods. We’ll have to wait and see. 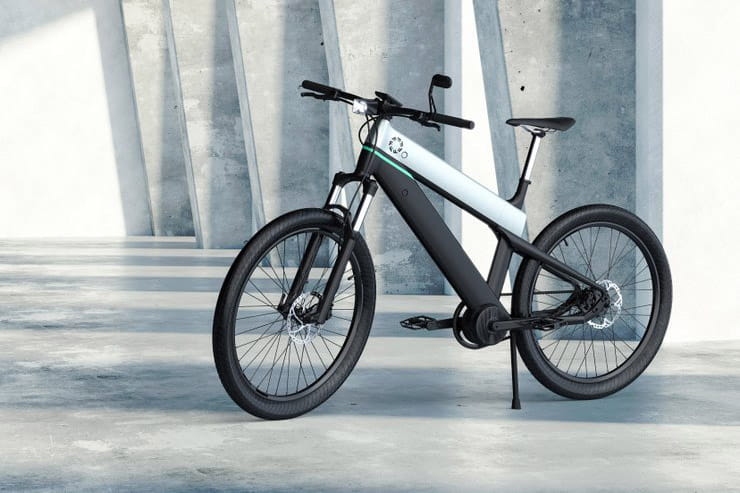 The second Fuell machine, the Fluid, is more bicycle than motorbike. Its prices are set to start at $3295 (equivalent to £2500) for a version with its top speed limited to 20mph – although for the European market that might need to be reduced as we have a 25km/h (15.5mph) limit for electrically-assisted bicycles.

Any e-bike capable of more than that needs to be licenced and registered as a moped, allowing a top speed of up to 28mph (45km/h), which is precisely what the more powerful version of the Fuell Fluid is claimed to be capable of.

The Fluid’s power hasn’t been revealed yet, but Fuell is claiming 100Nm of torque and says the two removable batteries in its frame give it a potential range of up to 125 miles at city speeds. 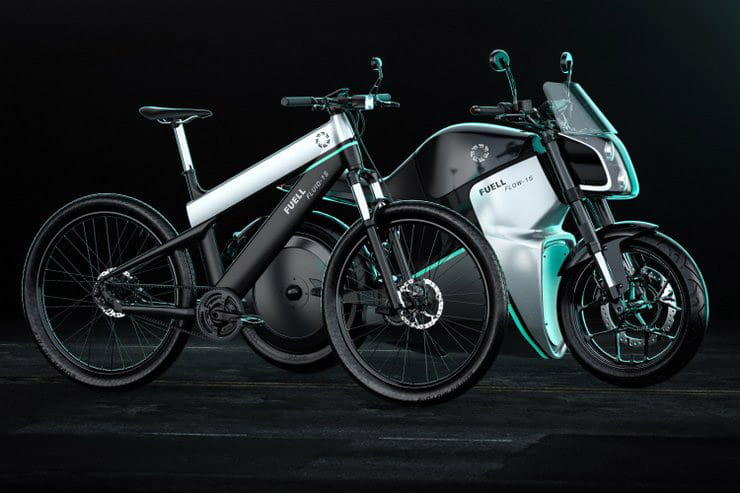 Electric bike start-ups come and go, often making big claims and failing to live up to them, but Fuell has an enviable pedigree when it comes to the minds behind it.

Erik Buell is, of course, the most recognisable. While his eponymous brand was closed down in 2009, that decision was made by Harley-Davidson, which had taken Buell over as a subsidiary back in 2003, in response to the global financial crisis. Buell itself was actually growing at the time, having finally attained its own dedicated, water-cooled engine to replace the Harley-sourced air-cooled motors that powered its earlier machines.

Buell was a victim of a Harley policy to retreat into its core cruiser market in response to the financial crash – a policy that’s arguably come back to bite it in recent years.

A revival in the form of Erik Buell Racing, or EBR, came soon afterwards, using intellectual property and components from Buell to create its 1190RR, 1190RS, 1190RX and 1190SX models. But without major manufacturer backing and distribution, it was always set to struggle and entered receivership in 2015. Revival attempts under new ownership since then haven’t led to widespread success, but the Buell-designed bikes themselves proved to be capable machines.

The second big name in Fuell is Frédéric Vasseur. If you’re an F1 fan, it’s a name you might recognise, as he’s the MD, CEO and team principle of the Sauber (this year renamed as Alfa Romeo) squad. He was previously in charge of the Renault F1 team and he also owns and operates Spark Racing Technology, a company that makes all the chassis for the fast-growing Formula E electric car racing championship. He’s clearly a good man to have on board on any electric vehicle project.

The final piece of the jigsaw is Francious-Xavier Terny, an entrepreneur who’s also got a background in bikes – you might recall the Vanguard project that we featured back in 2016. In fact, Fuell started life under the name VanguardSpark – a compound of two of its founders’ companies – before switching to the Fuell brand to launch the new machines you see here.

Look out for more information at the end of April when the bikes are set to be revealed in full.