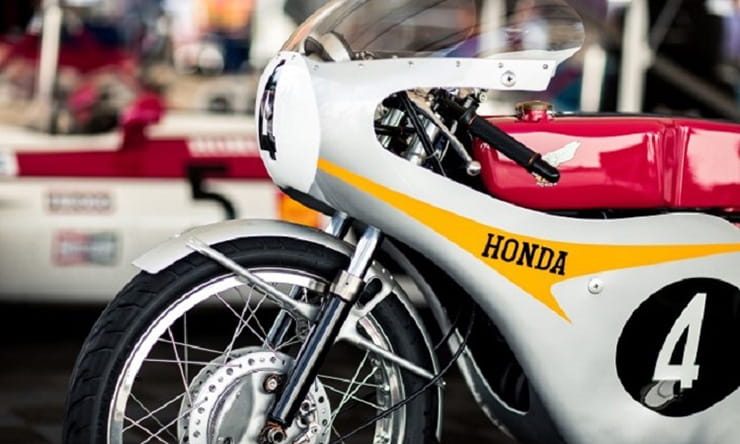 Honda’s first international racing effort at the Isle of Man TT in 1959 has become firmly embedded in the history of both the firm and the event. It’s often recalled how the funny little Japanese bikes were greeted with derision by the British motorcycling establishment, only to be topping the podium two years later.

Ironically, the firm’s 1959 TT entry – sniggered at when it was new – will be one of the stars at next month’s Goodwood Festival of speed. It might not have been a winner, but it’s the grandfather of the most successful racing dynasty that motorcycling has ever seen.

Many of its more illustrious offspring will be at Goodwood from Thursday 4th to Sunday 7th July, too, up to and including Marc Marquez’s 2018 title-winning RC213V. Several of the bikes will be accompanied by the riders that shared their success including John McGuinness – who’s taken 16 TT wins on Hondas. He’ll be riding the bike that took him to the Island’s first 130mph lap, while Ian Hutchinson is to be reunited with the Padgetts Fireblade that took him to victory in the Senior in 2010.

GP legends Mick Doohan and Casey Stoner will also be demonstrating some of their title-winning machines.

Honda might be the centrepiece, but it won’t be the only bike firm represented at Goodwood. Other confirmed entries include Giacomo Agostini, who’ll ride an MV Agusta, while modern superbikes getting demonstrated at the event include BMW’s new S1000RR, the Norton V4RR, Ducati’s Panigale V4 Corse and Aprilia’s RSV4 1100 Factory – which will be ridden on the Friday by our own Michael Mann.

Tickets for the Saturday are already sold out, as are four-day passes, but there are still some Friday and Sunday tickets available from www.goodwood.com