Scooter-riding criminals who committed robberies in Camden, Islington and Westminster, as well as aggravated burglaries of luxury shops in London while riding mopeds and scooters, have been successfully convicted at Blackfriars Crown Court.

While some members of the public feel that the police don’t respond to information and reports provided, as shown in BikeSocial’s exclusive interview with the officers who took down the gang behind the infamous Soho Panigale attack, building the evidence to convict these often violent individuals takes time; this success is the result of a very complex investigation by officers from the Metropolitan police’s ‘Operation Vocare’ and from the Flying Squad.

Those who pleaded – or were found – guilty on 15 February 2018 targeted Boodles jewellery store and Saint Laurent, in the west end of London, last year. From left to right, they are:

Harry Doyle, 18, of Radnor Street, Islington pleaded guilty to conspiracy to commit robbery at Boodles jewellery store. He was also found guilty of grievous bodily harm in relation to the assault of a 48-year-old member of the public.

All of the defendants will be sentenced together at the same court, on a date to be confirmed. 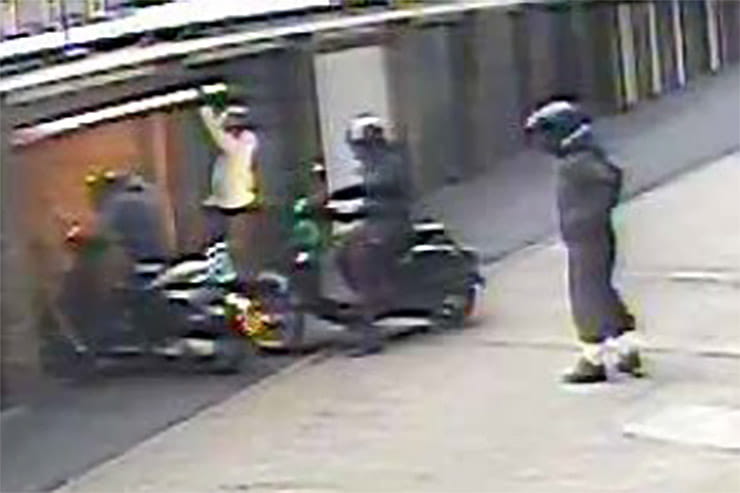 Timeline: how the gang was taken down

Operation Vocare was initially set up to target an Islington-based scooter gang that robbed three mobile phone outlets between May and November 2016; 13 members of the gang and three handlers were convicted during trials that took place between August 2017 and October 2018.

In February 2018, officers from the Vocare op discovered a garage in Macclesfield Street, Islington containing stolen phones, SIM cards, a broken zombie knife and a replica gun. The lockup was being used by gang members who were snatching phones from the public in Camden, Islington, Westminster and the City.

CCTV footage was used to identify Miguel St Martin, Reece Salmon, and the three younger suspects. Footage taken from recovered mobile phones showed them stealing a moped in broad daylight and threatening a security guard with a large zombie knife. 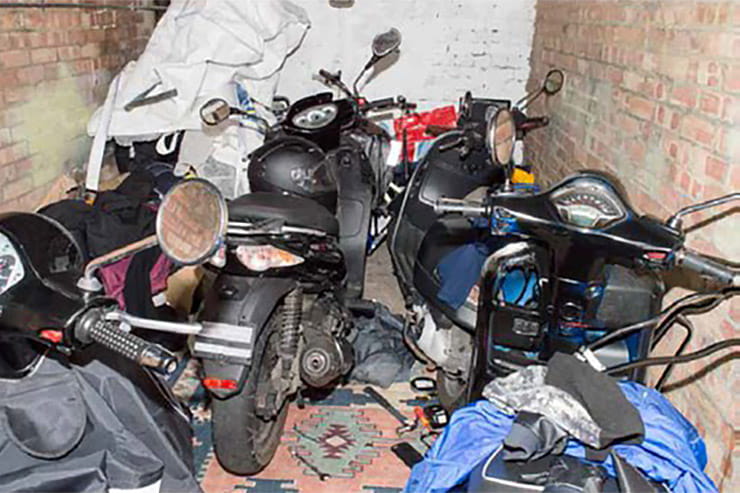 On 26 March 2018, St Martin, Harry Doyle, Henry Histon, a 16-year-old boy and two other – as yet unidentified people – attempted to rob Boodles jewellery store on Sloane Street. Armed with weapons including axes and samurai swords, they drove in a stolen Land Rover Discovery and on unregistered scooters that they’d parked (and covered – a security conscious gang) in a nearby back street the night before. They tried to ram the rear doors of the building with the Land Rover, but were unsuccessful, then attempted to smash the doors with sledgehammers – again unsuccessfully.

A 48-year-old man interceded and grabbed one of the defendants, but was set upon by the rest of the gang. He received axe wounds to his back and knee. The gang fled the scene on the scooters.

The 16-year-old was arrested later that day by Flying Squad officers after he was found hiding in a nearby school. They also recovered the scooters and clothing, weapons and a phone, which were submitted for forensic analysis.

CCTV of the Boodles attempted robbery

On 24 April 2018, St Martin, Alfie Warry, Henry Histon, and an as yet unidentified fourth person burgled the Saint Laurent Store, on Sloane Street, smashing the door and stealing £90,000 worth of handbags. They left on scooters.

On the same day, Operation Vocare officers tracked St Martin to a hotel in Kings Cross, where he was arrested on suspicion of conspiracy to commit robbery. A zombie Knife, four stolen mobile phones and two Saint Laurent handbags (collectively worth £10,000) were found in his room and seized.

The discovery of the handbags led officers to investigate the Saint Laurent burglary, where store CCTV identified clothing worn by the suspects during the burglary – some of which was found in St Martin's hotel room. CCTV from the hotel identified further suspects in the offence – Warry and Histon. The fourth person is still to be identified.

St Martin was arrested for the Saint Laurent burglary, and information from mobile phones in his possession tied him to the attempted robbery of Boodles jewellery store.

On 20 June 2018, officers from Operation Vocare and the Flying Squad arrested the remaining suspects.

A helmet and weapons recovered after the attempted Boodles robbery

“These gang members were big operators in north and central London,” said Detective Sergeant Danny Watts of Operation Vocare. “However, we secured a number of significant convictions and sentences against them, and they have been taken off the streets.

“We are committed to taking every opportunity to divert, disrupt, detect and prosecute those involved in these moped-related crimes.”

Detective Constable Phelim Redmond, Flying Squad and officer-in-charge for the Boodles jewellery store armed robbery, said: “This was a brazen attempt to rob Boodles jewellery store and a cowardly, vicious attack on an unarmed member of the public who bravely intervened. It is by sheer good fortune that, having been set upon by four men wielding axes and swords, he did not sustain more serious injuries.

“This has been a complex investigation, and I hope the people of London are reassured that five of those involved in this robbery are now behind bars.”

You can watch BikeSocial’s exclusive video interview with the Metropolitan police by clicking here.