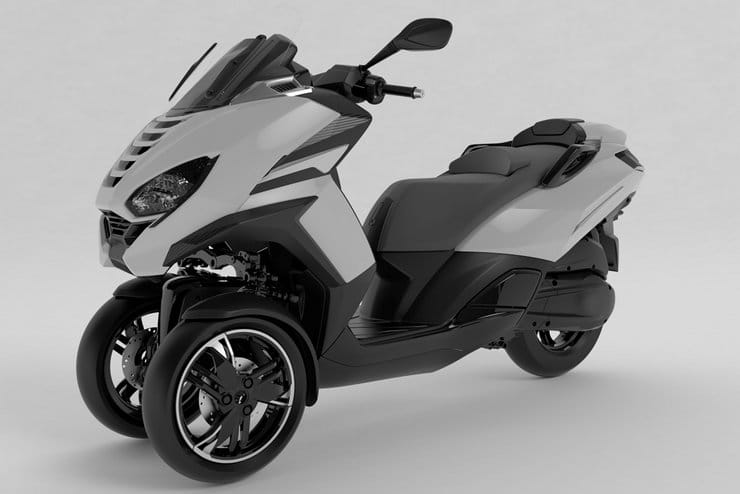 Last month Peugeot’s stand at the EICMA show in Milan centred on its Metropolis RS Concept three-wheeler scooter – and now it looks like designs for the showroom version of that bike have emerged online.

The Metropolis RS Concept previewed a more aggressive new look for the Metropolis RS, which first appeared back in 2012, and these new images appear to show how that new style will be translated into the final production model. They come from Peugeot’s own design patent filings, and clearly show body panels identical to those on last month’s Metropolis RS Concept. However, where the concept version lacked niceties like mirrors, those legal necessities are in place on these design images, and the eye-catching two-tone paint of the concept bike has been replaced with a plain, single-colour look. Other changes include the exhaust; the Concept featured carbon-fibre Arrow end can, while the production model has a more subdued design with a built-in heatshield.

Elements that have remains unchanged include the distinctive wheels and the aggressive-looking nose that give the bike a much more purposeful look than the current Metropolis. 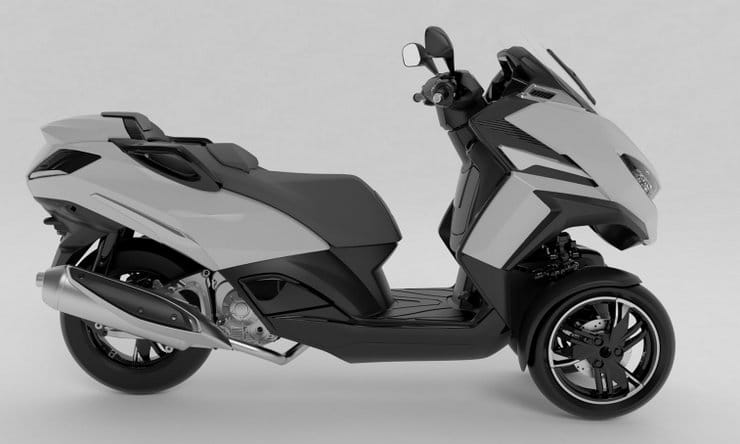