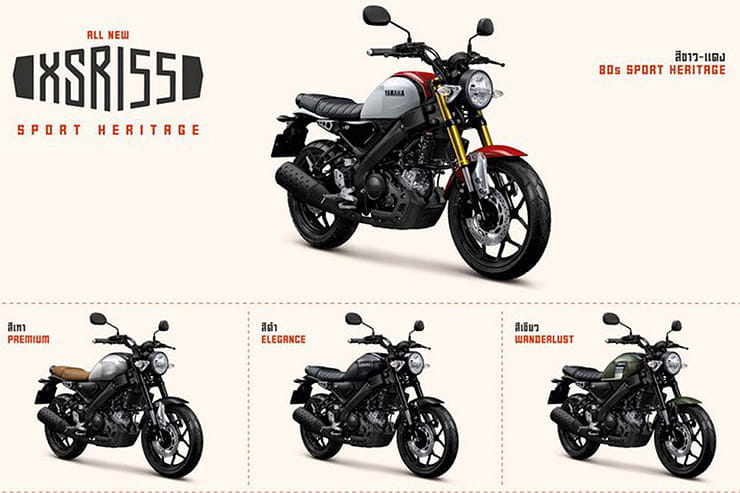 The market for neo-retro, scrambler-style bikes is increasingly strong but learner riders who want to embrace that look are short of options at the moment. Now it looks like Yamaha is preparing to plug that gap with a new XSR125.

A few weeks ago we mentioned that Yamaha is looking to expand its 125cc range, with a restyled, VVA-engined MT125 expected next year and rumours of a sport-touring Tracer 125 and retro XSR125 as the range mimics that of the larger MT-07 and MT-09 lines. Now Yamaha Thailand has revealed the XSR155, which is likely to be near-identical to the expected XSR125.

Thailand is where the existing YZF-R125 and MT125 are made, sharing virtually all their components with 155cc versions that are sold in Asian markets. The latest variable-valve-actuation (VVA) version of the R125 appeared in 155cc form two years before the European spec model hit the market, and there’s already a similarly-powered MT-15 on sale in Asia complete with new styling that’s expected to come to the MT125 in 2020.

The XSR155 is the third derivative of the platform to appear in Thailand, sharing all its major components including the engine, frame, suspension, brakes and wheels with the R-15 and MT-15. That means the Euro-spec 125cc engine from the latest R125, made in the same factory, can simply bolt in to create a Europe-friendly, learner-legal XSR125 retro.

Given that the mechanical bits are all familiar, the new elements of the XSR are purely cosmetic. The styling apes the XSR900 and XSR700 that you can already get here; a big dose of retro with a mild hint of scrambler thanks to its high, wide bars and deeply-treaded tyres. The Thai XSR155 comes in four flavours; the red-and-white “80s Sport Heritage” model, the silver “Premium”, the black “Elegance” and the matte green “Wanderlust”. If 125cc versions were on sale here now, it’s easy to imagine that the 1100 or so riders who buy Honda’s similarly retro CB125R each year might be tempted to opt for a Yamaha alternative. 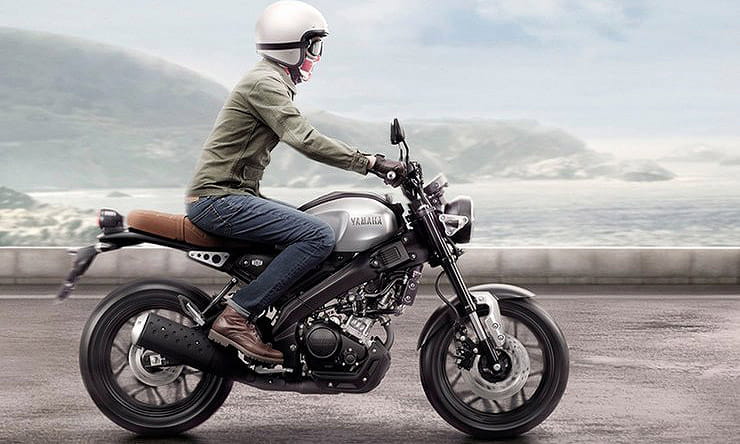