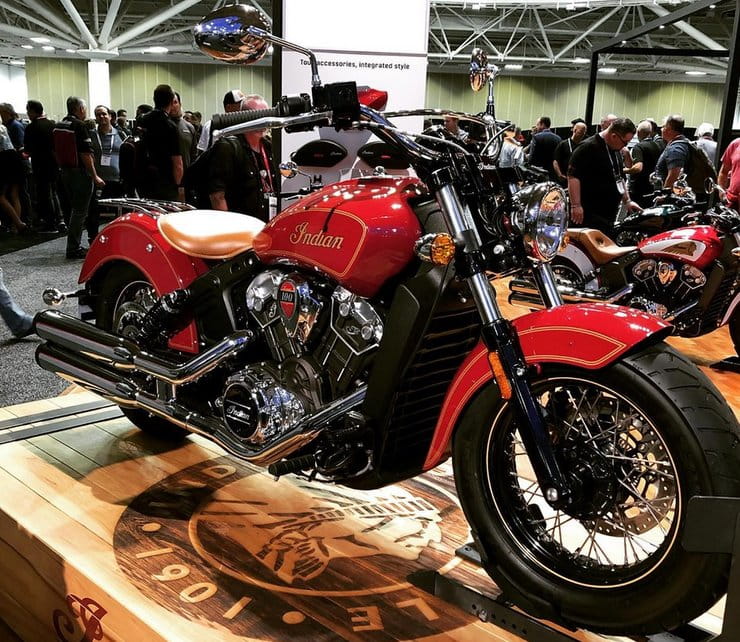 Indian showed its 2020 model range to dealers last month and while we’re still waiting for official information there’s an inevitable trickle of information leaking out.

We’ve already caught a glimpse of the firm’s biggest 2020 news – the water-cooled Indian Challenger – but that’s not the only new model that’s on the way. Another is the Indian Scout 100th Anniversary which, as the name suggests, marks a century of Scouts.

Oddly, it’s the second 100th anniversary Scout to come from Indian. The last one appeared way back in 2001 from the previous iteration of the Indian brand before its came under its current Polaris ownership. That bike – the Scout Centennial – was created to mark 100 years of Indian, where the new one is specifically recognising a century since the Scout model was launched as a 1920 model.

New emissions filings from the California Air Research Board (CARB) confirm the Scout 100th Anniversary’s existence and that it will be offered in both standard and ‘Stage 1’ tuned forms. They also reveal that all 2020 Scouts will have fractionally lower emissions than their 2019 equivalents.

Images of the Scout 100th Anniversary, snapped by dealers at the preview event, show a red bike with gold pinstripes and painted-on tank script that’s reminiscent of the original 1920 model. A brown leather single seat similarly harks back to the first generation, and the 100th Anniversary features traditional wire wheels instead of the cast alloys that are fitted as standard on other Scouts. A badge on the air intake marks it out as the 100th Anniversary model.

The CARB documents also mention another new 2020 Indian, the Scout Bobber Twenty. Like the rest of the Scout range it’s going to be offered in stock or ‘Stage 1’ forms, but in the absence of images it’s impossible to know how the Bobber Twenty will differ from the stock Scout Bobber. 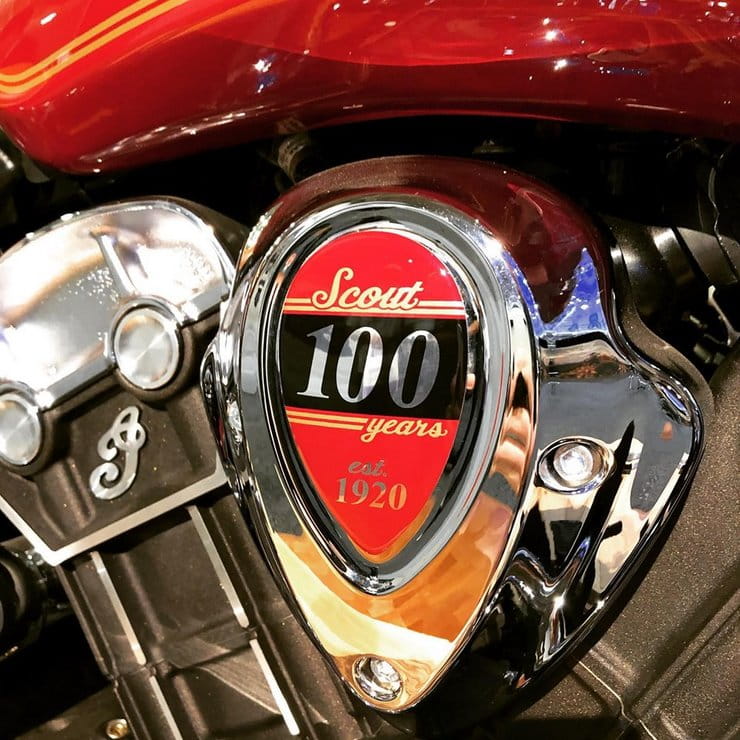