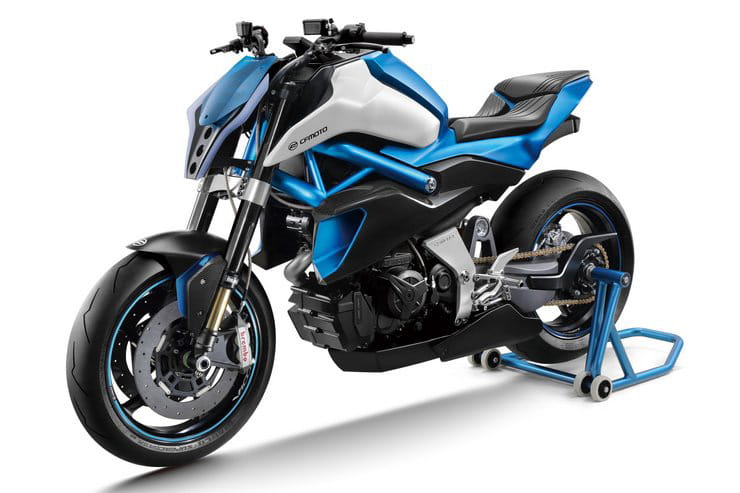 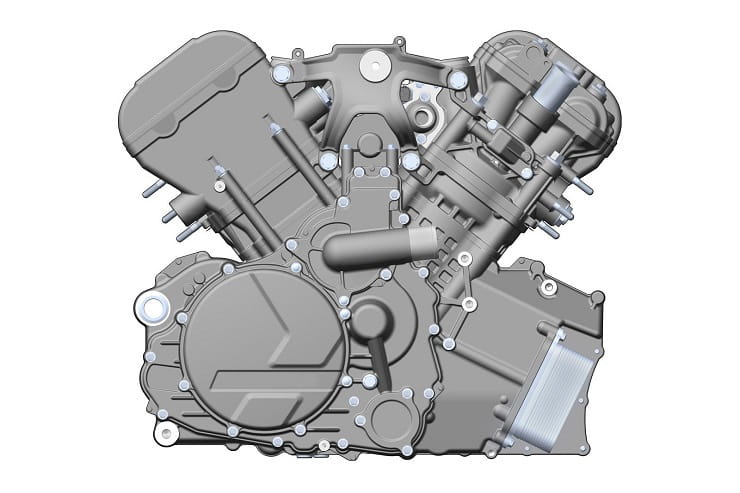 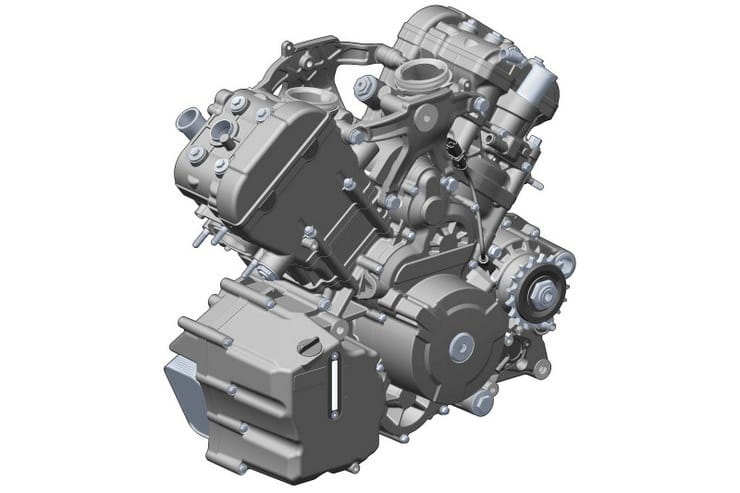 Above: CFMoto’s V.02-NK concept and images of the firm’s near-production V-twin engine

When Chinese firm CFMoto unveiled its clumsily-titled V.02-NK concept bike back in December 2017 it seemed like an intriguing piece of eye-candy but any ideas of a production version appeared to be a long way off. Now it has taken a big step closer as these patent images show details of a near-production version of the firm’s KTM-based 1000cc V-twin engine.

CFMoto and KTM have a close relationship. They share the services of styling house Kiska for their current models and in China CFMoto builds and sells KTMs under the KTM R2R brand. The engine that sat in the V.02-NK concept was a derivative of KTM’s LC8 V-twin, but these images show that the motor has been significantly altered in CFMoto form, and has evolved further since the V.02-NK was shown.

The motor, which is believed to have a 999cc capacity, shares the same 75-degree V-angle and general layout of the LC8, with similar major castings for its bottom end, but these images reveal that the cylinder heads – which were hidden on the V.02-NK – are notably different from and KTM version of the engine. The motor is believed to be slated for production in China before the end of 2020, but these pictures indicate that the bike that bears it won’t be a carbon copy of the V.02-NK concept.

At the front of the engine, the dry sump’s oil tank is shaped differently to both the V.02-NK and any KTM models, and all the bolt-on cover sections of the engine are specifically designed for the CFMoto version.

The redesign since the appearance of the V.02-NK concept means we don’t know what sort of bike the new CFMoto version of the V-twin will be fitted to. It’s most likely to initially appear in a naked street bike, with styling cues from the V.02-NK, but it’s inevitable that eventually CFMoto will use the design in a range of machines including adventure bikes and tourers, and possibly even China’s first production superbike.

While production of the V-twin is scheduled to start before the end of 2020, we’re unlikely to get a glimpse of the production version of CFMoto’s V-twin bike for a while. This year, the company’s big news will be the launch of a new line of 700cc parallel twins to replace the long-running 650cc models in CFMoto’s range.