Kawasaki gets into the 125cc game 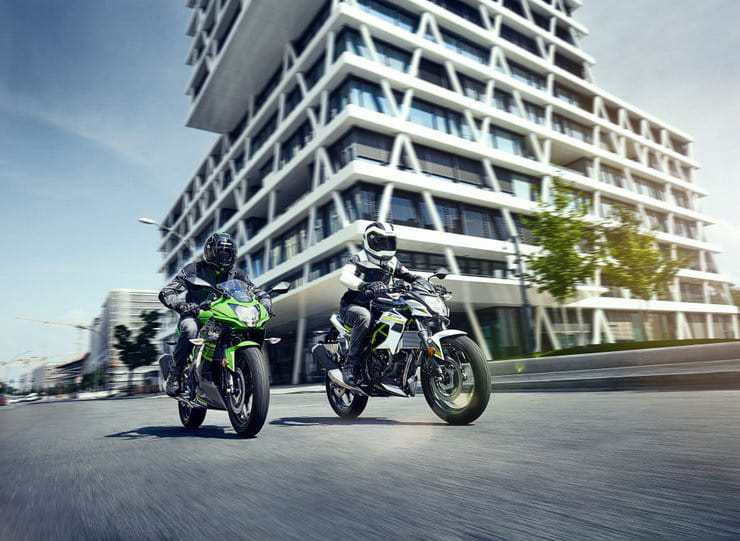 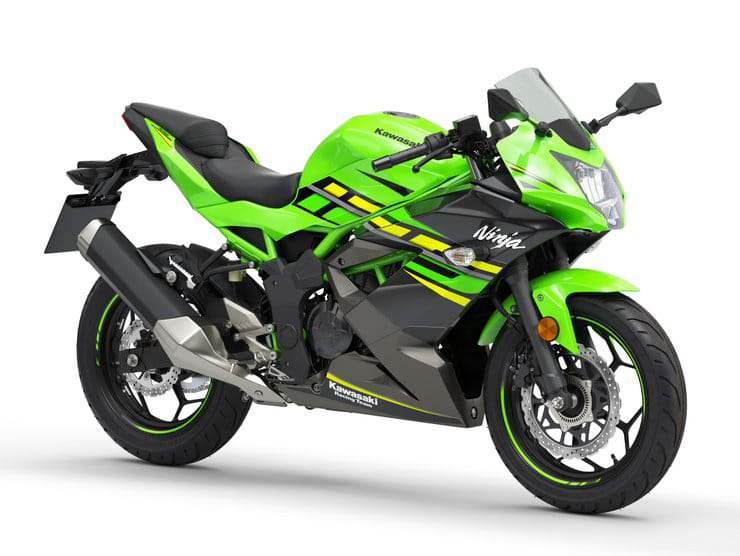 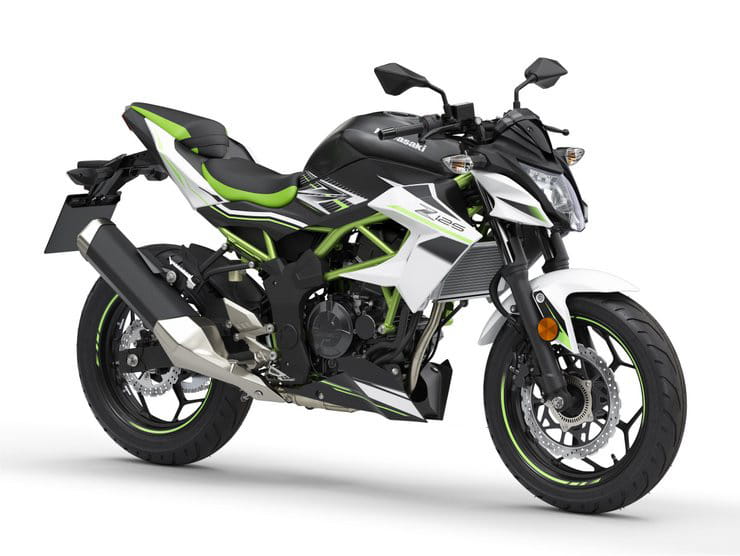 For the last few years Kawasaki has been alone among the Japanese ‘Big Four’ manufacturers in turning its back on the learner-legal 125cc segment. If you wanted a Kawasaki, the clear message was: “Go and get your full licence, then we’ll talk.”

It was always a slightly strange stance, particularly from a firm with such a rich history in small-capacity machines; how many of today’s riders have fond memories of AR50s and AR80s, for instance?

But now that’s all changed. Having dipped a toe back into the 125cc market with the J125 scooter (and in America with the Z125 Pro minibike) Kawasaki has jumped back in to the deep end with a brace of sporty new singles, the Europe-bound Ninja 125 and Z125.

It’s not been a secret; the firm announced its intentions nearly a year ago, but now it’s revealed the machines in their finished form. 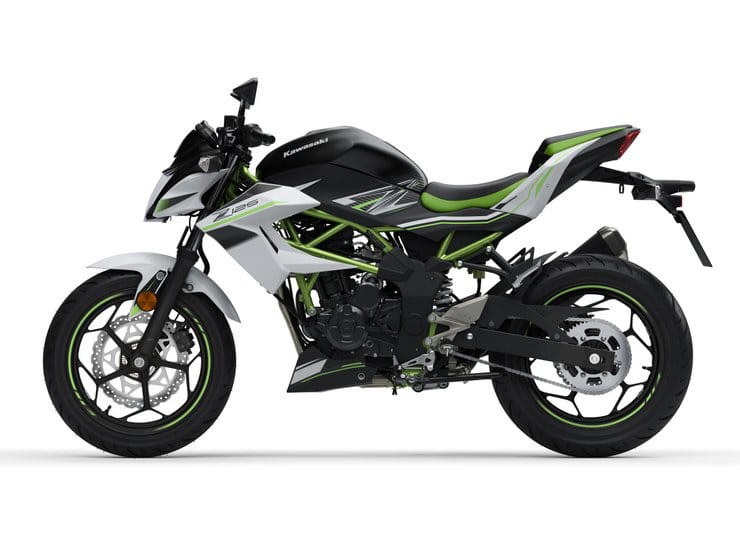 If you’re up-to-date with Kawasaki’s existing offerings, the Ninja 125 and Z125 might look more than a little familiar. That’s because their visually – and in many ways mechanically – identical to the existing Ninja 250SL and Z250SL singles.

If you’ve been keeping up with the news on this site, that shouldn’t be a surprise. Back in July we exclusively revealed details of the new bikes including their exact dimensions, power and weight, courtesy of leaked type-approval paperwork. Those dimensions made it clear that the new bikes were virtually identical to the 250cc singles. 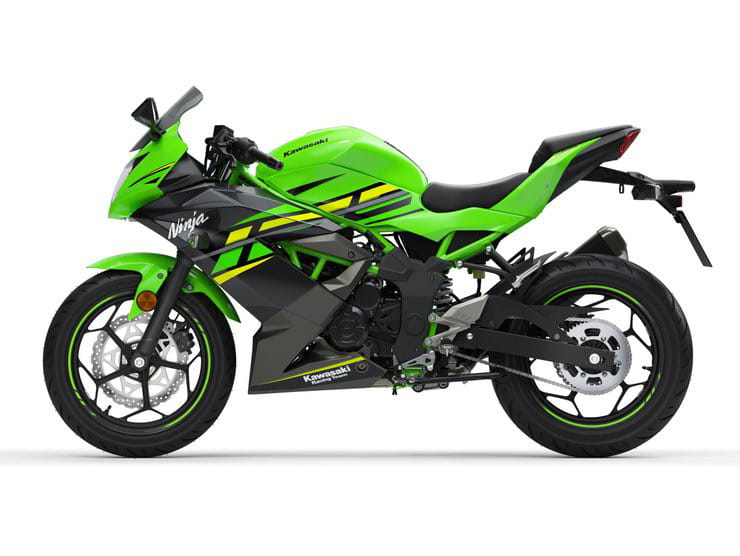 Kawasaki’s official announcement of the bikes, including the pictures you see here, confirms the specs we revealed before. Specifically, that they’ll make 11kW (15PS/14.7hp) from their water-cooled singles – right on the limit for learner-legal 125s – and that they’ll share the same 1935mm length as their 1250cc siblings. Their heights – 1075mm for the faired bike and 1015mm for the naked Z125, again match our earlier figures.

While Kawasaki hasn’t confirmed other details, these numbers all match the previous figures that we saw. And that means our other information is sure to be correct as well. Our sources say that the Ninja 125 will weigh 148kg including fuel, just 2kg less than the 250cc version in ABS-equipped form, and the Z125 will be 146kg. 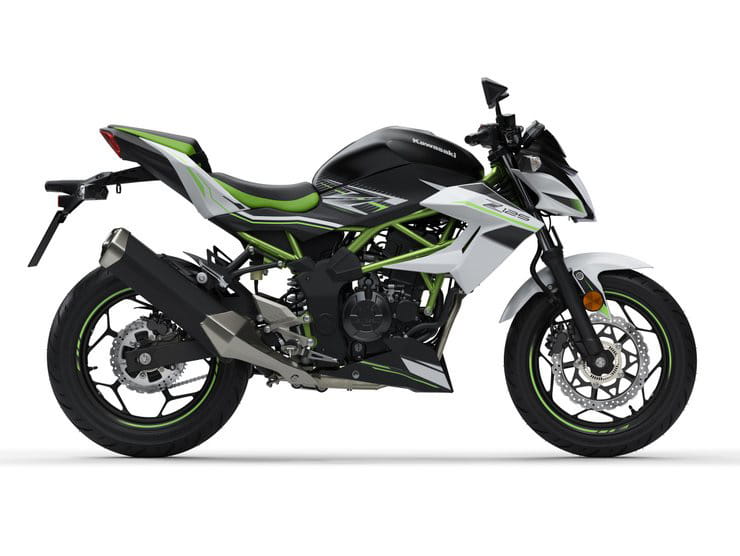 Visually, it’s clear that the only real difference between the new 125s and the earlier 250cc singles is the engine. Its bottom end appears to be identical to the 250cc unit, but the castings for the cylinder and the cylinder head are noticeably different. It appears to be shorter overall, suggesting that the stroke has been reduced as well as the bore. That’s good news, as a short stroke should lend a sportier, higher-revving nature. We know from our earlier information that peak power comes at 10,000rpm on the new bikes, compared to 9700rpm on the 250cc machines.

Kawasaki is promising to reveal the full details on the bikes on 2nd October at the Intermot show in Cologne.