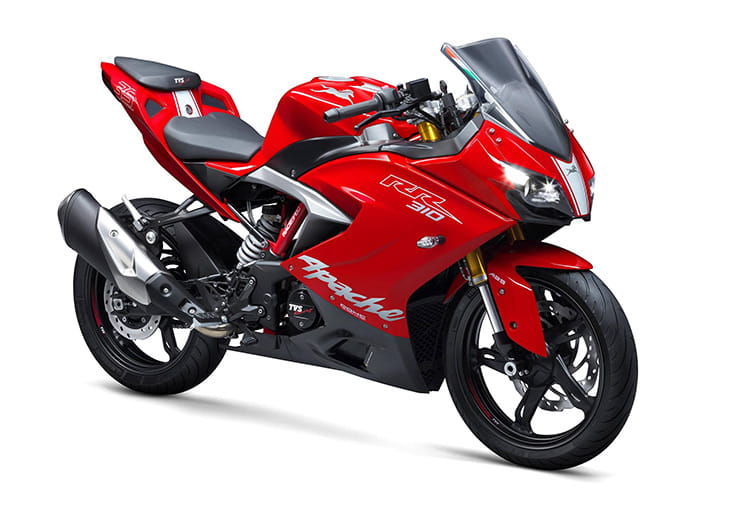 TVS isn’t a brand that gets a lot of recognition over here in Europe but soon that could be set to change. The firm has just received European type-approval for its range-topping Apache RR 310 sports bike, which means it’s got plans to sell the machine over here in the near future.

In fact, the similarity runs much, much further than that. TVS is BMW’s production partner in India, and is responsible for manufacturer of all BMW’s G-series machines. As such, the Apache RR 310 shares not only the G310’s engine but also its entire chassis, right down to the forks, swingarm, wheels and ABS-equipped brakes. 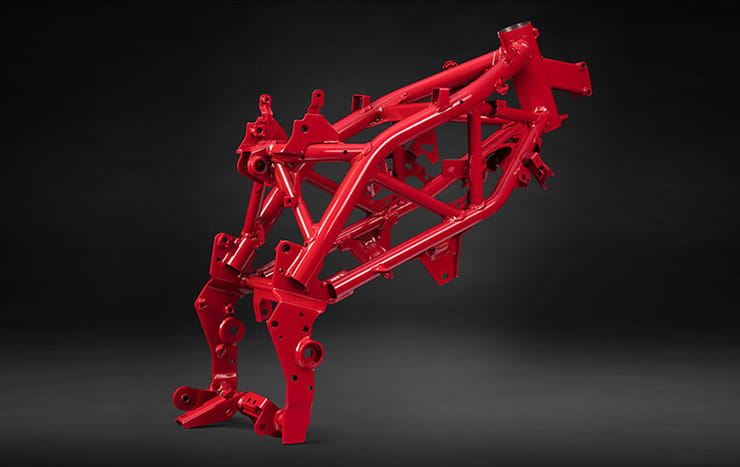 But despite its similarities, the Apache looks very different to the BMW it’s based on. A set of all-enclosing bodywork, allied to low bars and rearset footpegs are all its takes to convert it into a convincing-looking mini sports bike.

Since the Apache was revealed in India late last year, there’s been a lot of talk that BMW will also unleash its own sporty single, presumably to be called the G310 RR. But for all that talk, there’s little sign of that happening. BMW’s track record of keeping new machines hidden from spy cameras isn’t too strong – we’ve already seen the next-generation S1000RR and the upcoming R1250RT – but there’s been no hint of a faired G-series sports bike.

Perhaps that’s because TVS plans to sell its own machine here in Europe.

Unsurprisingly, the Apache’s specs are much the same as those of the BMW it’s based on. The European type-approval documents we’ve seen confirm that TVS hasn’t had to make any major changes to get the bike approved for sale here.

The bike’s dimensions are also confirmed, with a 1365mm wheelbase – fractionally shorter than the 1374mm G310R’s but that 9mm difference is more likely to come down to a difference in chain adjustment than to an actual geometry tweak. Its other dimensions are 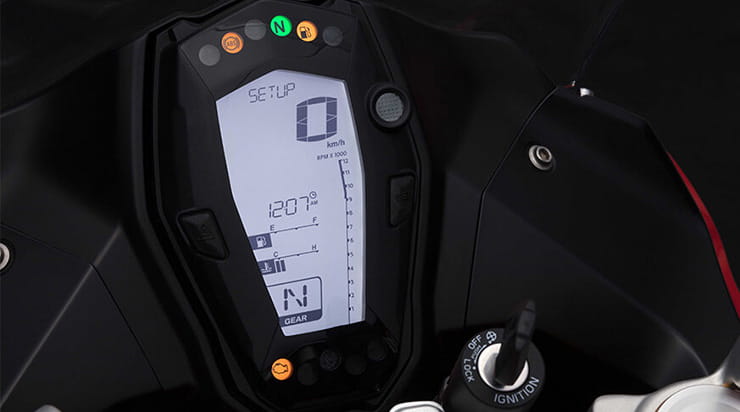 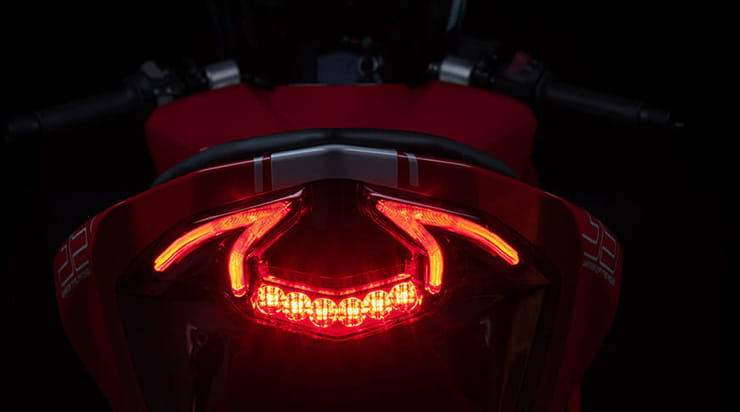 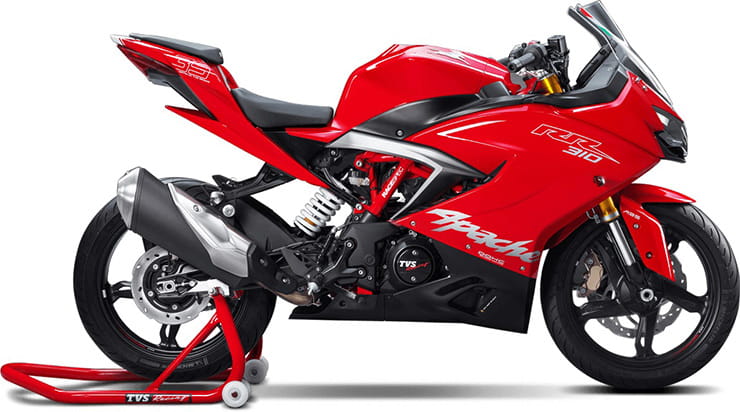 If so much is the same, then what will mark out the TVS from the BMW that you can already buy?

Apart from the riding position, the clear answer is the fairing and the styling and aerodynamic changes it brings.

Styling is subjective, of course, but the Apache’s appearance is certainly up-to-date and attractive, if lacking in a stand-out wow-factor. However, the Euro type approval documents certainly confirm its aerodynamic improvements over the naked G310 R. Where the BMW is rated as having a top speed of 143kp/h – that’s 88mph – the TVS manages 160km/h. That’s 100mph in old money.

The Apache also benefits from a different instrument panel, which actually looks rather classier than the brick-like display bolted to the G310 R’s top yoke, and some Ducati-esque LED rear lights. 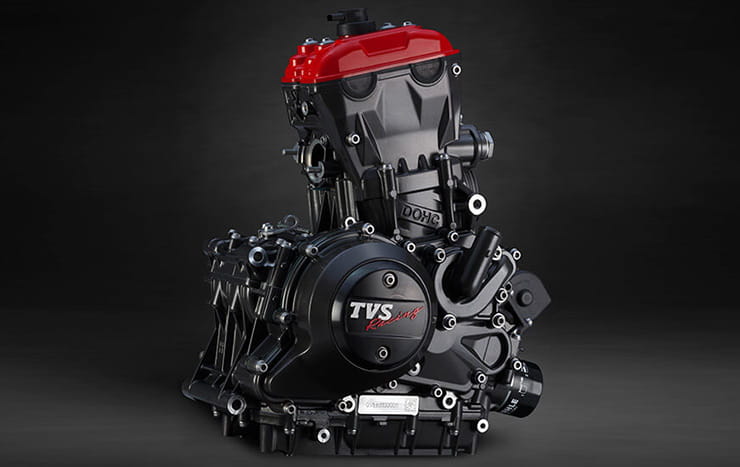 While the Apache’s performance might be a level below the best in the small sports bike class – the likes of the 42hp Yamaha YZF-R3 and the new 45hp Kawasaki Ninja 400 both have twin-cylinder engines to gain an outright performance edge – it still looks like an intriguing machine, particularly if TVS can get the pricing right.

Technically, it’s got the engineering intrigue of BMW’s reverse-cylinder single; it leans backwards in the frame, with the intake at the front and exhaust at the rear of the cylinder head, completely at odds with the norm. However, that’s the same route Honda has taken with its Moto3 race bike, so there’s no questioning the merit of the idea.

While the new European type-approval clears any legal hurdles to getting the bike sold here, a question remains over what plans TVS holds in terms of distribution and sales outside India. Although the firm is India’s second-largest exporter of bikes, selling in more than 60 countries worldwide, it will need a dealer network in Europe to handle the Apache. Unless, of course, it can persuade BMW to stock the machines – after all, they’re designed and built by the same people that create the G-series.

In terms of price, the fact that they Apache rolls off the same production line as the BMW G310 R and G310 GS and shares the same major components as those bikes means it must cost roughly the same amount to make. So while it sells for around £2250 in India, it will surely be twice that much as and when it reaches the European market.