MV Agusta back in Grand Prix

There’s been a lot of water under the bridge since then. MV dropped out of Grand Prix racing at the end of the 1976 season, nearly 42 years ago. But for 2019 it’s back, at least after a fashion, with a Triumph-engined Moto2 machine that will be run by seasoned campaigners Forward Racing.

2019 will be a historic year for Italian motorcycling, as MV Agusta will return to compete in the MotoGP™ World Championship after being absent for more than 40 years. The Italian manufacturer will join forces with the Forward Racing team, whose joint efforts will ensure that the legendary bike will be battling it out in the Moto2™ class.

A four-year deal between Giovanni Cuzari’s Forward Racing and Giovanni Castiglioni's MV has been agreed, and winning in Grand Prix motorcycle racing will be the aim for both parties. The new bike will be on track in July, as Forward Racing and MV take part in private tests, seeing the Italian factory lap it’s first Grand Prix prototype for 42 years.

We say: For nearly a decade, since 2010, road bike manufacturers have largely shied away from the middle rank of GP racing. The mandatory Honda engine has meant few big names wanted to get involved, at least until KTM joined the fray last year. The 2019-on Triumph engines change things. Triumph generally shies away from racing, making it seem more neutral than Honda and perhaps encouraging more manufacturers to come in.

And if MV Agusta is racing in Moto2 in 2019, perhaps there’s a slim chance of a proper MV MotoGP prototype sometime in the future… 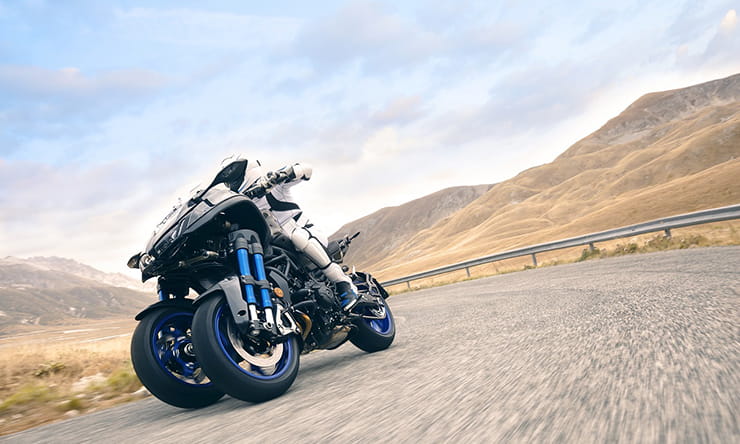 Surely the Yamaha Niken is the most intriguing bike of 2018. Can we even call it a bike? It’s got three wheels, but its leaning ability means it feels wrong to saddle it with the ‘trike’ label.

We’ve been told a lot about what it can do, and we’re riding it as you read this so a full review is just around the corner. But until now the price has been a mystery. But no more: it costs £13,499.

The NIKEN's unique Leaning Multi Wheel system offers very sporty and confident handling characteristics, together with enhanced feelings of stability and grip when cornering in a wide range of surface conditions. Yamaha's engineers have gone to great lengths to ensure that the character of the NIKEN is similar to that of a conventional motorcycle, and the majority of riders will be able to transition seamlessly from a two wheeler to the Yamaha LMW system without having to alter their riding style. But as soon as they enter into a corner, NIKEN riders will feel growing levels of confidence and enjoyment - offering more fun with less stress.

But what do you make of the cost? Is £13,499 a lot for a heavier, slower machine with the engine from an £8399 MT-09? Or is it a bargain for a motorcycle that’s simply unlike anything else on the market? Either way, we know Yamaha has got a lot more like this on the way… 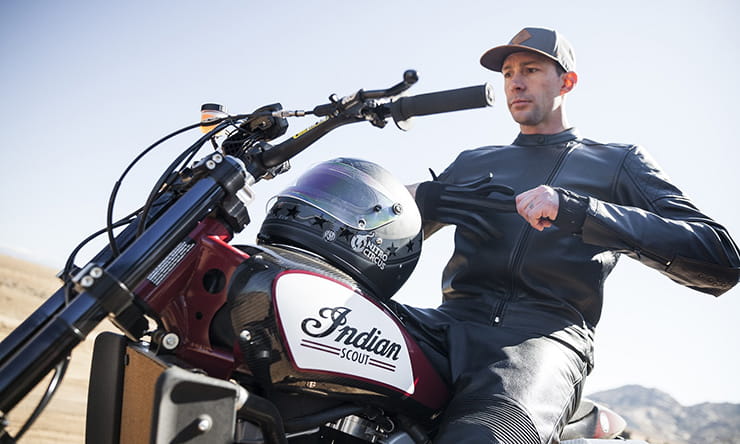 Travis Pastrana might be the most famous of today’s crop of stunt jumpers – he’s been doing it for years with his Nitro Circus show – but in terms of fame he can’t hold a candle to the daddy of them all, Evel Knievel.

But maybe he’ll become more of a household name when he attempts to complete three of Knievel’s most famous jumps in the space of just three hours, live on American TV.

The event – Evel Live – will be shown on History in America on the evening of 8 July.

“Evel Live” is an unprecedented three-hour live event as part of the network’s second annual car week. During “Evel Live,” American professional motorsports icon Travis Pastrana will honor legendary daredevil Evel Knievel by attempting three of his most dangerous feats in Las Vegas, Nevada, all while riding a modern day recreation inspired by the motorcycle Knievel used. These include: breaking Knievel’s record jump over 50 cars, another record-breaking jump over 14 full size buses, and aiming to make history as the first person to successfully jump the Caesar’s Palace fountain on a bike similar to the one Knievel used 50 years ago – an attempt that ended with a crash that left him grasping for life. If Pastrana rides away from all three, he will be the only person to successfully beat two of Knievel’s distance records and land a jump over the fountain on a v-twin motorcycle. All of this will happen in the span of just three hours, and HISTORY will capture every exhilarating, nerve-wracking moment live.

Alongside the three epic jumps will be live interviews with Knievel and Pastrana family members, archival footage of the history behind Knievel’s many daring jumps, and expert analysis. Evel Knievel was the world’s first iconic daredevil. Spanning a career of 15 years that saw 75 spectacular motorcycle jumps – and a few harrowing accidents – Knievel created a legacy that inspired generations and left audiences in awe of his audacious feats. Fast forward to the present day and Pastrana has stepped into Knievel’s shoes as America’s modern-day daredevil. Inspired by his predecessor, Pastrana was the first person ever to land a double backflip on a motorcycle.

The bike they mention will actually be Indian’s FTR750 flat-track racer; a bit more modern than the Harleys and Triumphs Knievel used for the original leaps, but a similarly large machine and a far cry from the motocross bikes Pastrana’s used to. 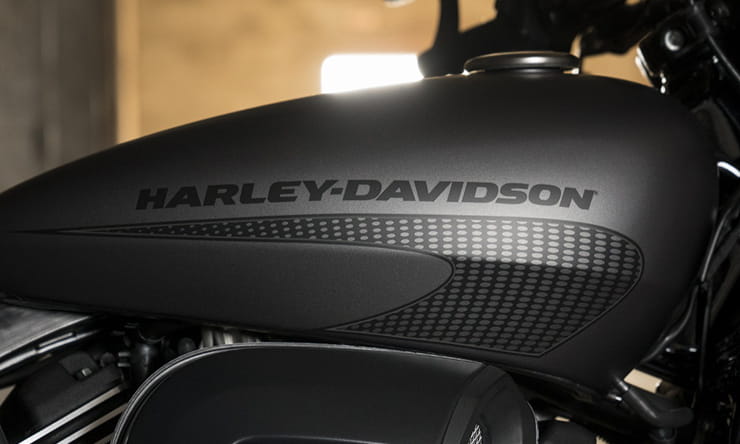 In January, Harley-Davidson announced plans to close its assembly plant in Kansas City, Mo. and merge its operations into its plant in York, Pa. and lay off about 800 workers. The plant is one of its four U.S. factories. Harley-Davidson reported in January that its global retail motorcycle sales fell 6.7% in 2017, compared with the prior year. U.S. sales were down 8.5% and international sales declined 3.9%.

Broc Romanek, editor at TheCorporateCounsel.net website, a place where attorneys who work for corporations, and those that defend them, share corporate governance and securities law best practices, said it was a bad idea. Romanek told MarketWatch that guidelines suggest that media bans may have unintended negative consequences.

“Many companies don’t allow the media to attend their annual meetings - indicating that the meetings are intended for shareholders. This has been described as an increasingly common mistake, particularly for those companies facing controversy (e.g., poor performance, management issues, corporate scandal.)”

Strangely, though, it seems there really wasn’t any news at the meeting that would have caused a media stir. The falling sales, plant closures and plans to move more production to Thailand that were the main topics were already well known. 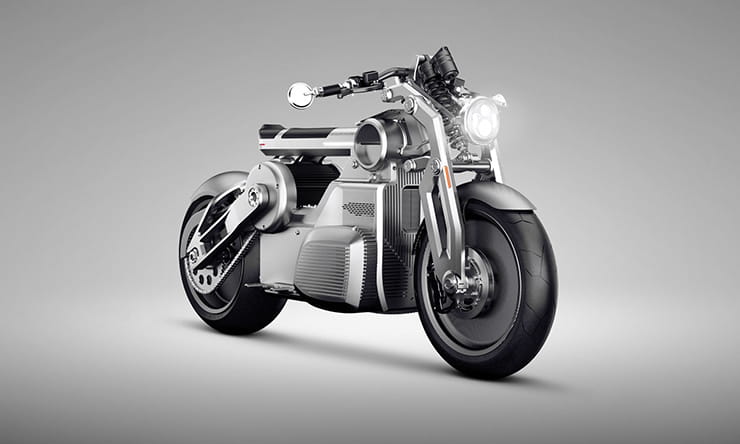 Although it actually made an appearance at the Quail Lodge Motorcycle Gathering earlier this month, Curtiss – nee Confederate – has finally revealed its own studio pictures of the upcoming Zeus electric bike.

Calling it ‘the world’s first e-twin motorcycle’ Curtiss says that the Zeus uses two motors – made by electric bike specialists Zero Motorcycles, who will also be assembling the Zeus – to give as much as 175hp.

The battery pack is laid out to resemble a boxer twin engine, and other future Curtiss models will get versions that look like V-twins, inline engines and more. Eventually, the Zeus’s ‘T-Block’ design will be joined by a ‘Y-Block’, ‘V-Block’, ‘I-Block’, ‘Slant Block’ and ‘Porcupine Block’, and further Curtiss models will include a cheaper single-motor machine.

Cheaper will be relative, of course. Curtiss hasn’t given a price for the Zeus yet, but it will be very, very expensive…