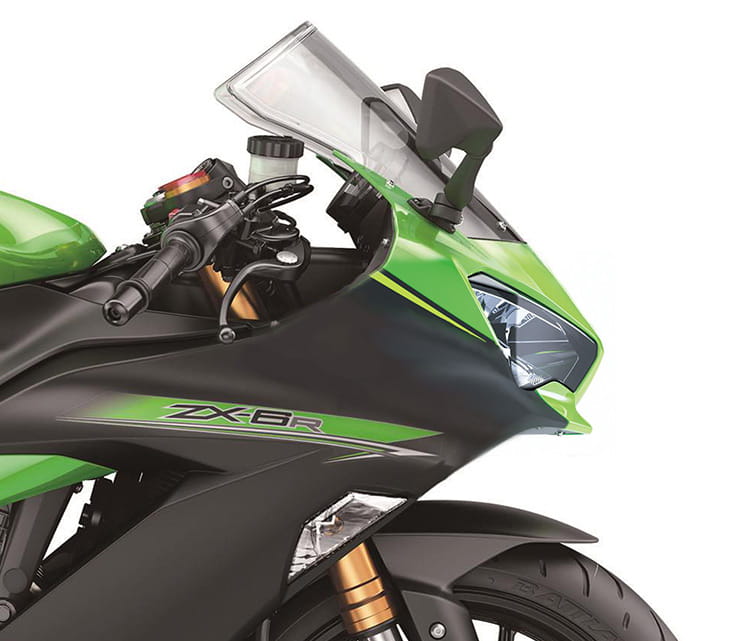 We’ve already exclusively revealed that Kawasaki will be launching a revamped ZX-6R for 2019 and now we’re the first to get our hands on detailed specifications for the new bike including its power, weight, dimensions and top speed.

And on the face of the bare figures, things aren’t going in the right direction. Next year’s bike will be fractionally less powerful than the old one. It’s also a bit heavier and, as a result, it’s slower, too.

But before you throw your hands up in disgust and declare that the golden era of motorcycling is now firmly behind us, it’s worth delving into a little more detail. 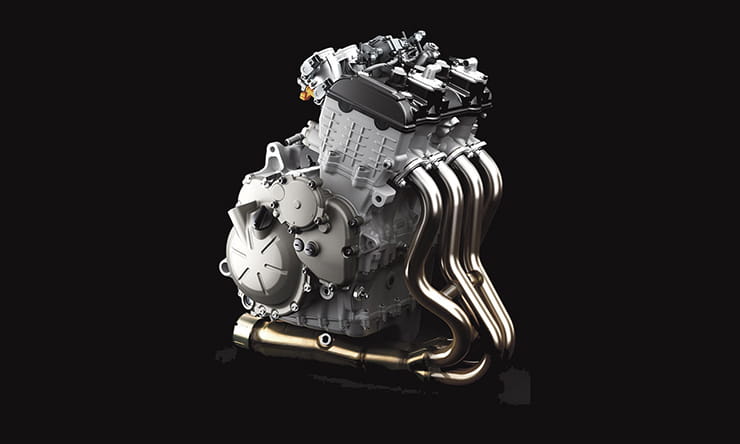 The 2019 ZX-6R – which is still officially a secret, of course – has been betrayed by two sets of official documentation now. Its initial existence emerged when Kawasaki filed emissions certification paperwork in California. Those documents confirmed that it’s sticking to its class-busting 636cc capacity but that the 2019 bike’s emissions would be halved thanks to the addition of a three-way, closed-loop catalytic converter in place of the two-way oxidising cat used on the old model.

Unfortunately,  that document didn’t reveal the effects of the changes other than the emissions figures.

Now, though, we’ve caught sight of European type-approval certification for the 2019 bike, and that’s much more revealing.

It tells us that the new, cleaner engine makes a peak of 95.4kW (that’s 128hp) at 13,500rpm. In comparison, the old model achieved 96.4kW (129hp) at the same revs. That’s a lot better than the 2017 Yamaha R6, currently the only four-cylinder 600 supersports machine to meet Euro4 limits, which lost 5hp (going from 122hp to 117hp) in its efforts to hit the emissions targets. With some 11hp more than the Yamaha – a lot more than its 37cc capacity advantage alone can account for – the 2019 ZX-6R might be a much more compelling proposition.

In terms of weight, the Yamaha has the upper hand. It gained 1kg in its transformation from Euro3 to Euro4, going from 189kg (wet) to 190kg. In comparison, the old model ZX-6R, if specified with the optional ABS brakes, was 194kg and the 2019 version will be 196kg thanks to its heftier catalytic converter. All figures are complete with a full tank of fuel. The implication of these numbers is that the 2019 ZX-6R’s frame, like its basic engine design, is going to be largely unchanged. 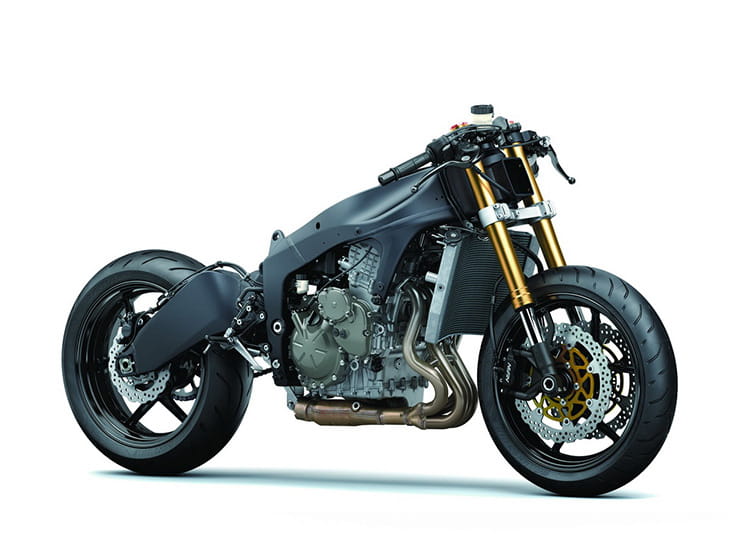 In terms of performance, the addition of 2kg and loss of 1hp shouldn’t be too significant. But top speed figures for the 2019 ZX-6R hint that there may be additional sacrifices in terms of aerodynamics.

For a clear comparison, Kawasaki will handily be making a restricted, 72kW (96hp) version of the bike to be offered in certain markets. It also made a 72kW edition of the old-model ZX-6R. Since weight has little bearing on top speed, we can assume that any difference between the old 72kW machine and the similarly-powerful 2019 model is likely to be down to aero changes. And there is a difference – the old version managed 245km/h (152mph) while next year’s bike is rated at 242kmh (150mph).

That can’t be purely down to the drop in power or a loss of aerodynamic efficiency, given the similarity in performance for the restricted versions of the bikes. So logically it makes sense that Kawasaki has altered the 2019 model’s gearing, sacrificing a top speed that barely anyone will use for livelier acceleration across the performance spectrum. If that’s the case, next year’s bike may well feel faster than the old model, even if it’s heavier and less powerful.

The performance figures point at a change to the fairing, and it makes sense that Kawasaki will give the ZX-6R a new look. It’s a near-certainty that the restyle will take its cues from the Ninja H2, which has already influenced the most recent addition to Kawasaki’s sports bike range, the Ninja 400. If the ZX-6R takes the same path, expect to see reverse-raked headlights and a jutting spoiler below them.

Officially-homologated dimensions certainly prove that the bodywork is changing, since the 2019 bike will be wider than the old model (710mm vs 705mm), shorter (2025mm vs 2085mm) and lower (1100mm vs 1115mm). It also has a fractionally longer wheelbase at 1400mm compared to the old bike’s 1395mm, but chain adjustment – and perhaps a different front and rear sprockets to alter that top speed – may well account for that.

All will be revealed, of course, when the 2019 ZX-6R makes its official debut, but that isn’t expected to be until October or November this year.