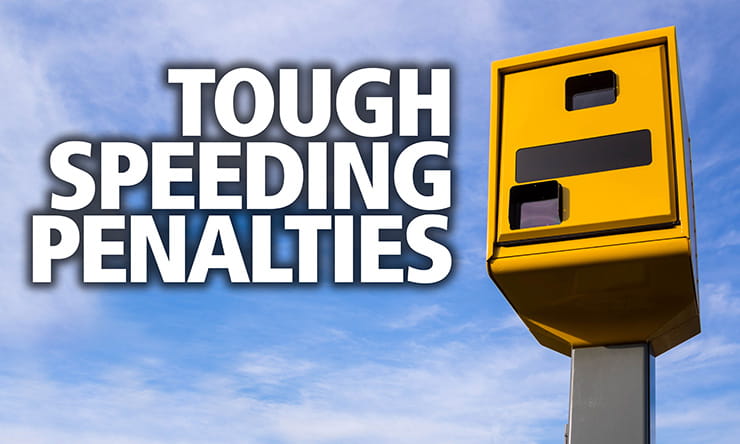 Dangerous drivers in Australia – as well as those who employ them – now face tough new penalties.

In the UK, the fine is usually £60 and three points on the licence or a one day speed awareness course.

“There was strong evidence that licence suspension for higher level speeding offences lowers the likelihood of repeat offences and these drivers being involved in a casualty crash.”

Transport accident commision Lead Director of Road Safety Samantha Cockfield said speed is one of the biggest factors causing death and serious injuries on Victorian roads. “The fact that speed continues to play a part in about one third of Victorian deaths and injuries shows there is still work to be done to get motorists to slow down,” Ms Cockfield said. “Tougher penalties, alongside enforcement and education, are proven to be the best approach to tackling speeding on Victorian roads.”

Driving without a licence in the UK is likely to get three or six points on the licence with a fine up to £1,000.

Here in the UK, driving while disqualified could get a community order or curfew, an order to pay court costs, a further extension of the original disqualification and 26 weeks in jail for persistent offenders.