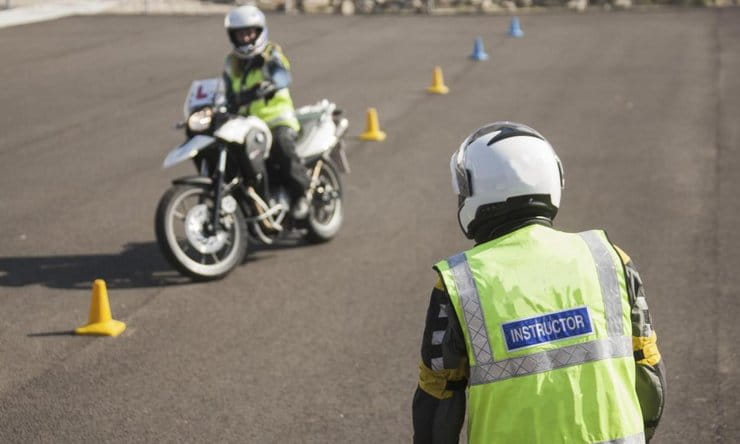 While the idea of the EU enforcing standards on straight bananas is a long-debunked myth there are occasions when the central government in Europe brings unwelcome law changes to the UK. One of them is about to come into force; a needless tweak to the bike test that the UK campaigned against.

From 31 December 2018, the rules regarding the Category A motorcycle test needed to get a full licence will be changed, forcing riders to take the test on heavier, more powerful machines.

At the moment, the rule is that when you take the Category A test, it must be on a bike making more than 40kW. That’s 53.6bhp in more familiar terms. But from 31 December that changes to 50kW, or 67.1bhp. It’s a significant hike and one that rules out several machines that are currently popular first ‘big’ bikes. In fact, a lot of riders – particularly fans of cruiser or retro-style bikes – might never even want to own a bike that powerful.

And even some bikes that do make enough power to be allowed to be used for the test still won’t qualify, because a second change to the rules introduces a minimum kerb weight of 180kg. That means bikes like KTM’s 690 Duke – which makes 54kW or 72.4bhp – can’t be used because they’re too light. The KTM tips the scales at just 148.5kg dry and is still only 162kg when filled with fluids, putting it well under the 180kg minimum.

The changes to the law have been a long time coming, so aren’t a surprise – but that doesn’t make them any more welcome. Their origin dates back to a 2012 amendment to the European 3rd Directive on driving licences. While the UK adopted most of that amendment’s rules back in 2013, it disagreed with the changes to the Category A motorcycle test, so has delayed their introduction until the last possible moment.

This amending Directive raises the minimum standard from 40kw to 50kw and introduces a minimum mass weight requirement of 180kg. The European Commission argues that this is to provide for a test on a machine that is much more representative of its class and to introduce a more definite difference between a category A2 motorcycle and a category A motorcycle. The UK was not convinced by this argument and argued against this change during negotiations. Only the Netherlands supported our view. The Commission with a majority of Member States supporting it chose to introduce the change from July 2013. The UK was however, successful in getting the change delayed until 31 December 2018. Therefore, the DSA will not introduce this change before 31 December 2018.

Key bikes affected by the change, which would be legal to take a test on right now but not after December 31, include Honda’s NC750 and earlier NC700 models, Harley-Davidson’s XL883 and Street 750, BMW’s C600 scooters, Kawasaki’s Vulcan 650, Triumph’s Street Cup and its earlier Scrambler, Speedmaster and America, Yamaha’s XV950 and SCR950 and several of WK Bikes 650 models.

The full list of bikes that can be used for the Category A test, as well as those eligible for the A2 test, can be seen on the Government website here.

The bikes that will be ineligible for the Category A test from 31 December 2018 are: