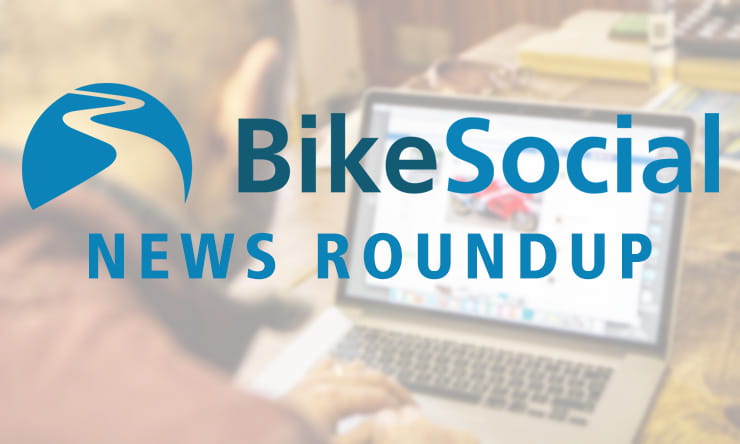 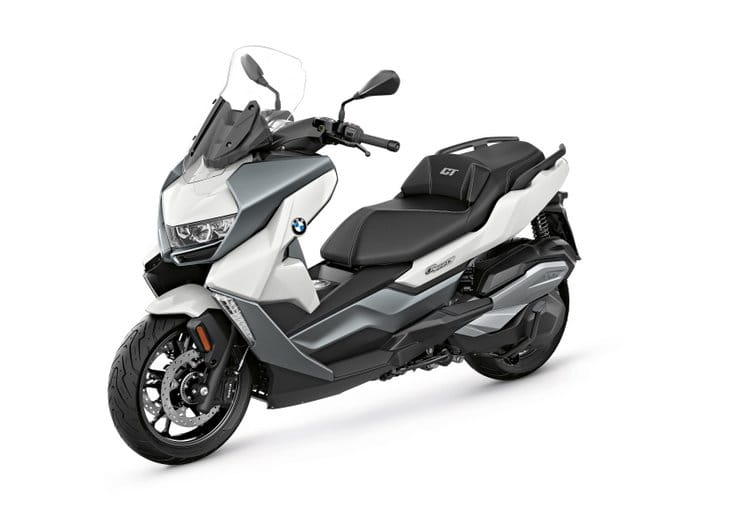 Details of BMW’s C400GT first leaked back in April this year and while it was clearly overshadowed by more exciting machines at EICMA, it was officially unveiled this week.

As expected, it’s basically a restyled version of the C400X, sharing the same 34hp, 350cc single-cylinder engine and tubular steel chassis, and built on the same production line in China, where Chinese firm Loncin is subcontracted to manufacture the machines.

It’s a good looking scoot, with a more conventionally handsome design than the oddball C400X. It’s more practical than the X, too, with a higher screen and more deeply padded seat. Under that seat, there’s the ‘flexcase’ storage system that, when the bike’s parked, allows the under-seat space to be extended by lowering its floor. You have to raise it again before riding, but the idea is that there’s space under the seat for your helmet and jacket when you’re not using them.

A full TFT display with Bluetooth connectivity is an option, at an extra cost, too. Cost, however, could be the sticking point. As with BMW’s other scooters, this is at the ‘premium’ end of the market, with prices starting at £7,050 before you start adding option. 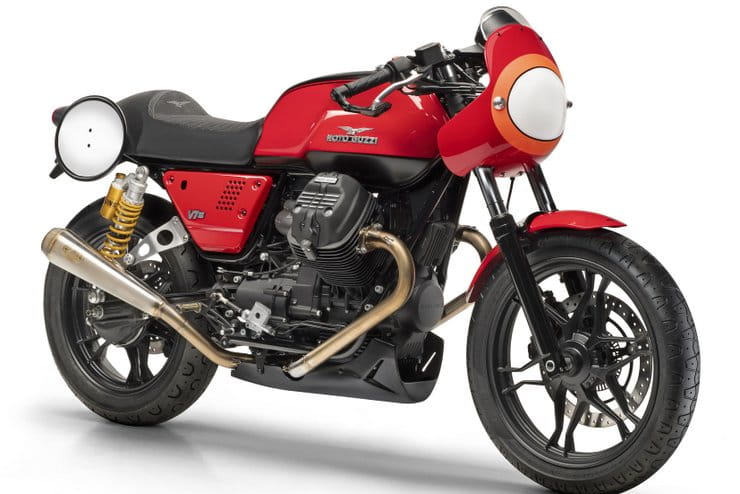 One of the more intriguing machines on Moto Guzzi’s EICMA stand was this – the ‘Fast Endurance’.

Based on the V7 III, the bike is a track-only racer designed to appear in a series of five short, 60-minure endurance races, each with two-rider teams and Le Mans style starts.

Called the Moto Guzzi Fast Endurance Trophy, the series is being run in Italy under the control of the Italian Motorcycling Federation.

Competitors will need to buy a stock Guzzi V7 III Stone and a kit of parts to convert it into the Fast Endurance, as seen here.

Guzzi said: The format of each event involves a 60-minute “fast endurance” race, with an evocative “Le Mans-style” start - with the bikes lined up on one side of the track and the riders having to run from the other side before jumping on board - and a mid-race rider changeover.

The Moto Guzzi Fast Endurance trophy is open to all riders in possession of a racing licence issued by the Italian Motorcycling Federation. Taking part is simple, as the Moto Guzzi sales network takes care of fitting the dedicated Moto Guzzi V7 III Stone kit required for participation, the kit developed by Guareschi Moto, a respected Moto Guzzi tuner also in the racing world. 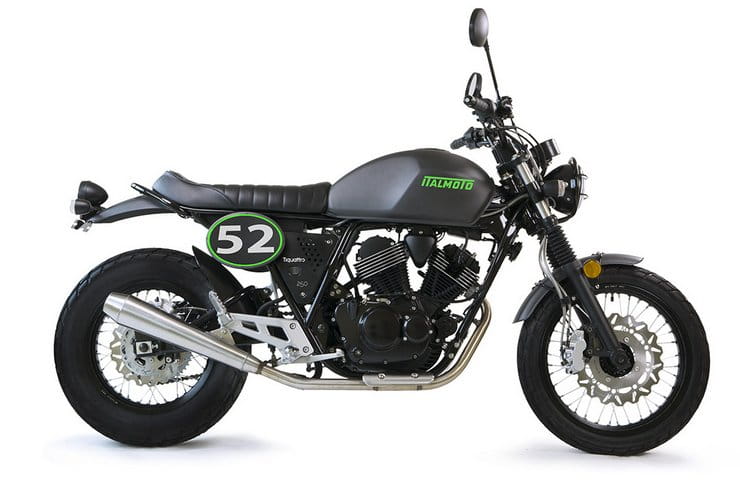 Another of the minor launches at EICMA was the Italmoto Tiquattro 250, a retro-style V-twin scrambler.

The firm has already been offering a Tiquattro 125 Cafe Racer and Tiquattro 125 Scrambler, and the new 250 is very much in the same mould as the scrambler version. It features an 18hp air-cooled, 60-degree twin that meets Euro4 emissions limits while making nearly twice the 10hp of the single-cylinder 125cc version.

At a claimed 140kg, it’s 14kg heavier than the 125cc Scrambler, but still relatively lightweight.

Italmoto also revealed a pedalec powered bicycle, the Tiquatro EB,m with a 500W motor, disc brakes, fat tyres and a retro, motorcycle-inspired style. It also showed the Aurelia, a more utilitarian 250W ebike, and the One, a pedal-powered bicycle. 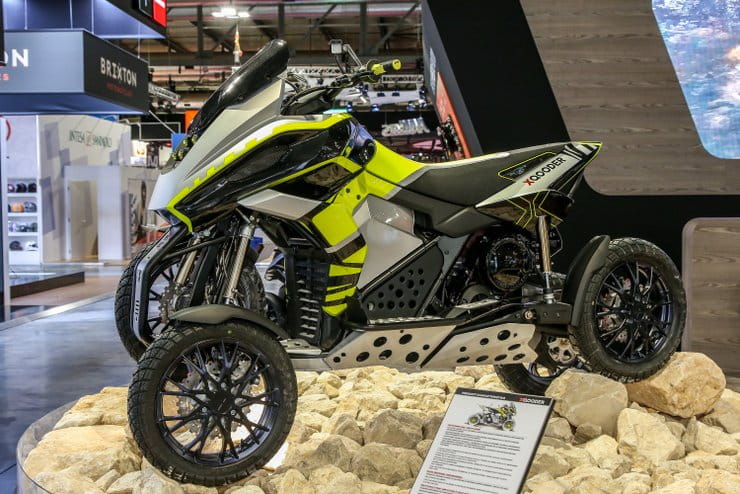 With a name that would win any Scrabble game, the Quadro XQooder – no, we’ve no idea how to pronounce it either – proves that there’s no niche that motorcycling can’t squeeze into.

The latest creation of Swiss firm Quadro, which specialises in three and four-wheeled leaning scooters, the XQooder is described as ‘the first four-wheeled, tilting light enduro’.

According to the firm, the idea emerged after a group of owners of the firm’s road-going Qooder tilting four-wheelers took part in the Hard Alpi Tour, a non-stop, 24-hour adventure that covers 580km from Sanremo to Sestriere, of which 60% is dirt tracks.

The firm explains: XQooder’s design and style take the best from the Qooder product architecture, continuously guaranteeing a high level of safety, agility and stability, while amplifying fun driving sensations even on dirt roads. With its more extreme and all-terrain look, XQooder is the ideal vehicle for off-road adventures. Qooder’s daring and adventuresome spirit is brought to life with XQooder, made possible by transformations in the "QooderTM Modular Architecture" (QMA) platform: a versatile product platform which allows modifications and adjustments to radically change a vehicle’s characteristics, nature and road behavior. Hence, with a series of specific alterations, the XQooder concept was brainstormed and the first four-wheel tilting vehicle dedicated to the enduro world was created. As a new "light enduro" concept, XQooder’s configuration and ergonomics have been reviewed by installing a typical flat and slender enduro seat, adjustable handlebars and long foot platforms to allow driving position adaptation accordingly with the type of terrain the vehicle is riding on. 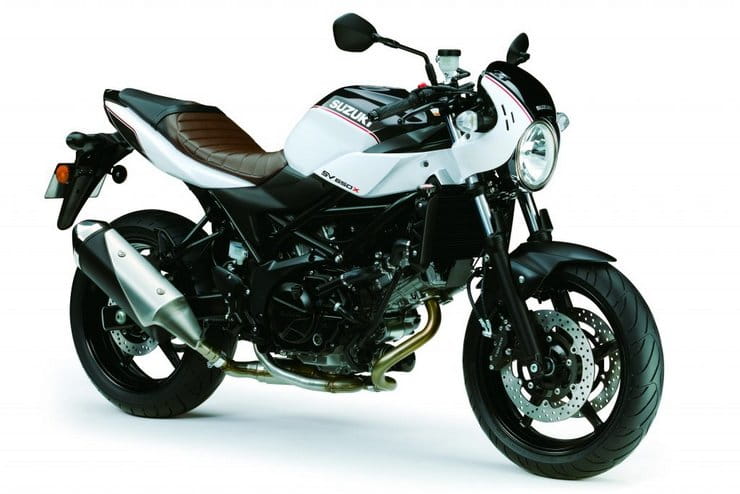 Suzuki’s show season in 2019 has been quiet at best. While its rivals pumped out new models at a rate that’s hard to keep track of, Suzuki’s EICMA consisted of a new black version of the Katana, to go along with the silver offering shown a few weeks ago, and this minor tweak to the SV650.

So, for 2019, the ever-popular SV gains new four-pot front calipers as well as its updated 2019 colours. There’s really not much more to say – the old model had two-pot calipers, so the new ones are definitely an upgrade.

Other than that, new colours include a version with silver paint and a red frame and wheels, an all-black version and a white model with a blue frame and wheels. The half-faired SV650X also gets the new brakes and comes in the pictured white-and-black colour scheme in 2019. 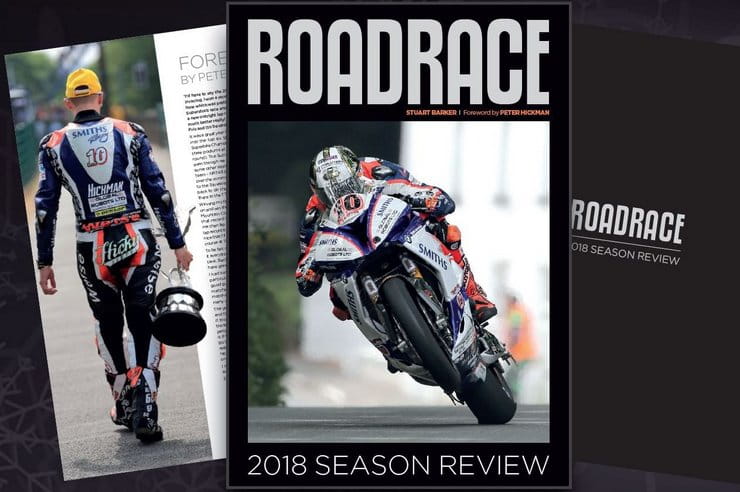 Mince pies and tinsel have replaced the Halloween décor in shops, so it must be time to start dropping hints about what Christmas presents you want. And one new option this year is this – the first edition of Road Race 2018 Season Review.

Covering the Isle of Man TT, North West 200, Ulster Grand Prix and Macau Grand Prix, the hardback annual is penned by journalist and author Stuart Barker, editor of the Official Isle of Man TT Programme and writer of a host of biking biographies. It promises ‘exclusive features and interviews with the sport’s biggest stars’ and ‘spectacular, glossy images from the best photographers in the business.’