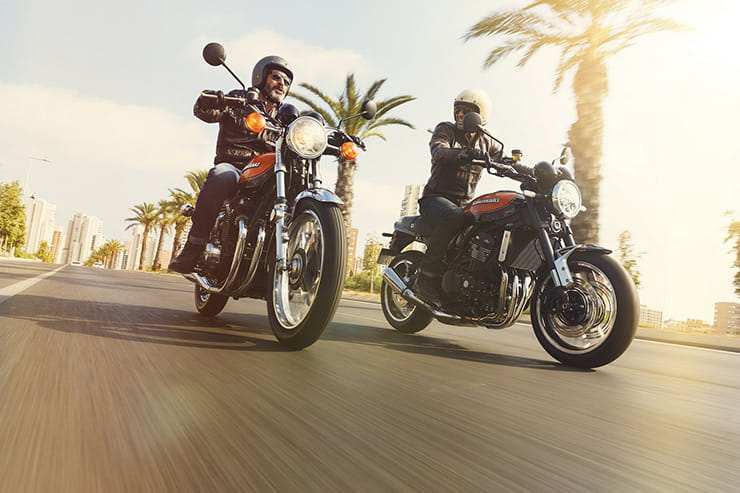 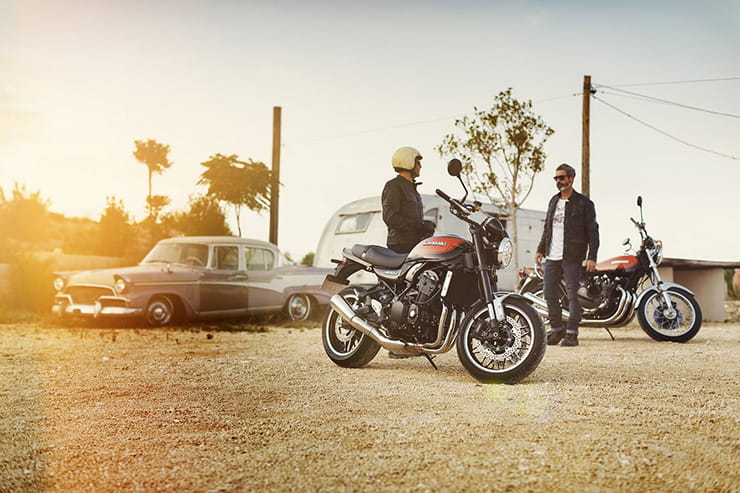 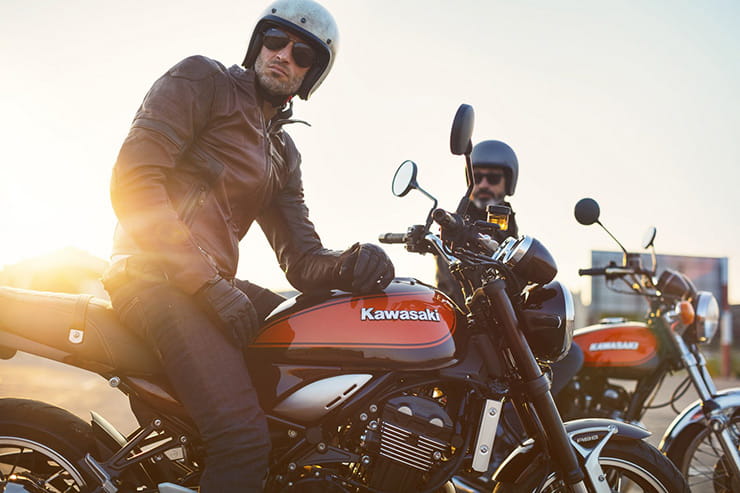 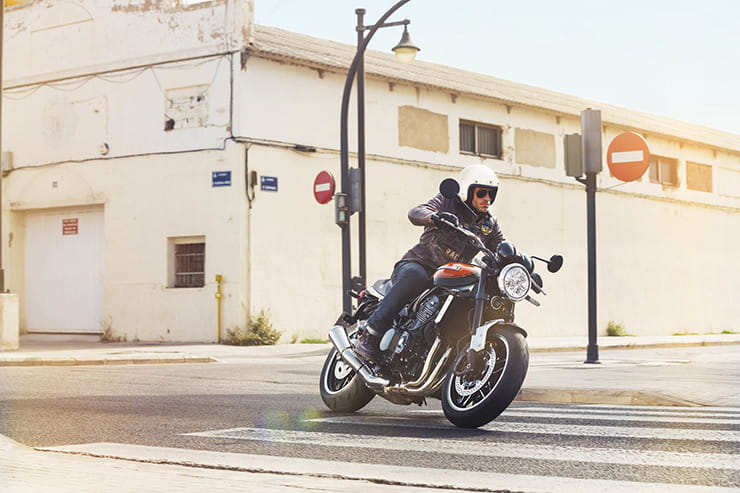 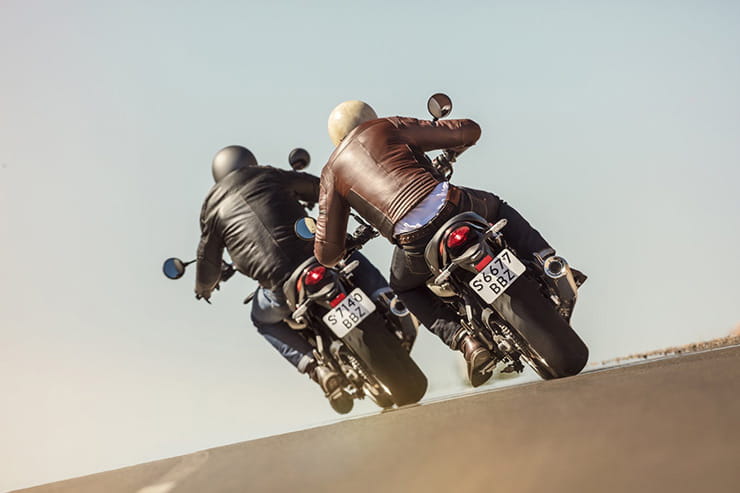 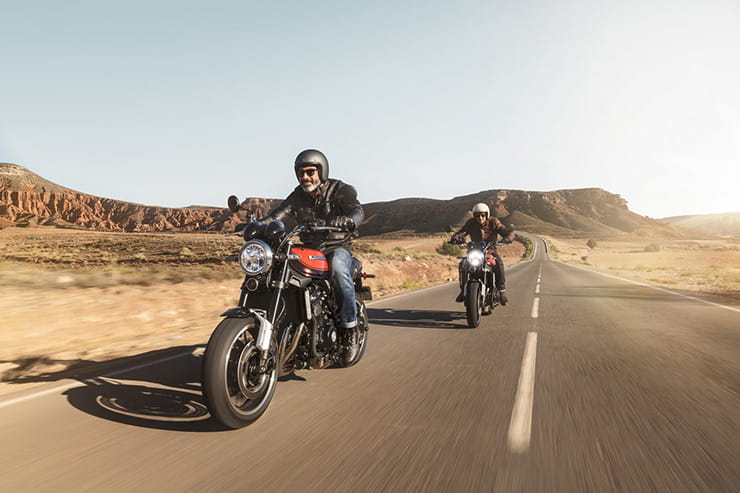 It seems to have been months since Kawasaki first started dropping hints that a new retro muscle bike was on the way. Now it’s here in the form of the Z900RS, which draws on the spirit of the original Z1 of 1972.

As expected, the bike is based heavily on the existing Z900, and the technical details of the bike match those that we predicted back in September.

The frame is claimed to be new, but it’s a very similar steel trellis design to that used on the normal Z900. Kawasaki hasn’t revealed exact details of the geometry, but compared to the Z900, trail is reduced from 103mm to 98mm. The overall length, width and height match the leaked information we received in September, at 2100mm, 865mm and 1150mm respectively.

Weight has yet to be confirmed, but our earlier info – clearly accurate – placed it at 215kg, compared to 210kg for the normal Z900.

Specs aside, the Z900 gets LED lights all around, new cast alloy wheels designed to look like wire spoked ones and radially-mounted front brake calipers. That last detail is intriguing, given that the bike’s performance is lower than that of the Z900, which makes do with conventional axially-mounted calipers.

Kawasaki confirms that the Z900RS gets two-mode traction control and an assist-and-slipper clutch.

The bike is about the visuals as much as the technology, and Kawasaki’s attempt to draw upon its past is a success. The links to the original Z1 are clear to see, particularly when the Z900RS is in its brown-and-orange Z1-style colour scheme. Other colours include black with gold and silver pinstripes and a matte green option.

All-new bodywork and a new 17 litre fuel tank are joined by revised styling on the engine itself. A finned cylinder head is the most notable change. Twin, bullet-shaped clocks complete the retro illusion.

Dealers will get Z900RSes in stock in late November or early December. Prices have yet to be announced. 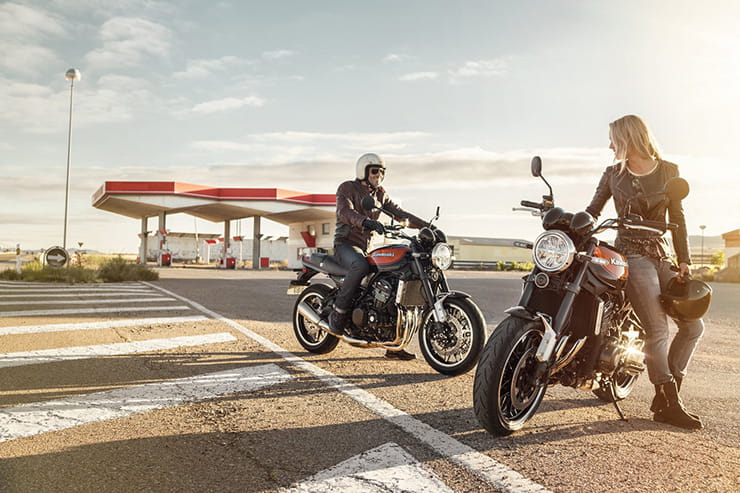 While it’s not been shown or announced yet, information from America suggests that a ‘Café’ version of the Z900RS is also on the cards for 2018.

We don’t have details of the bike yet, other than the fact it will be mechanically the same as the normal Z900RS, with an identical 110hp engine spec. The ‘Café’ name suggests that it will have a humped seat and it might gain a nose cowl rather like the one on the 2013 Kawasaki W800 Café.