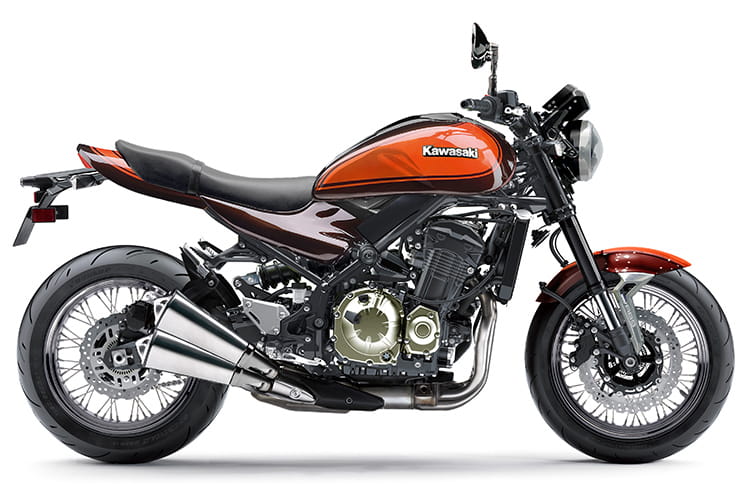 The retro bike market is clearly one of the big growth areas of motorcycling at the moment. Whether it’s Triumph’s Bonneville line, Ducati’s Scramblers or BMW’s ever-growing R NineT range, it seems that riders are flocking away from big-numbers race-reps and looking for something with a little more soul.

On the face of it, Kawasaki’s decision to ditch its sole retro model – the underrated W800 – seems a mistake when it should be coming into its prime, but with the official confirmation that a new Z900RS retro machine is coming later this year, Kawasaki’s strategy is becoming clearer.

The W800 and its W650 forebear were genuine retro motorcycles. Often derided as wannabe Bonnevilles, they actually harked back to the Kawasaki W1 – itself a development of the Megaro K, a licenced copy of BSA’s A7 twin. The problem is that, while the W1 was a landmark in Kawasaki’s history, it’s not a bike that means anything to most riders.

But that’s not to say Kawasaki doesn’t have emotive models in its back-catalogue to draw upon. On the contrary, there are legions of desirable Kwaks, and none rank higher than the 1972, 900cc Z1 four cylinder. It’s one of the all-time legendary sports bikes, up there with Honda’s CB750 as a defining moment in motorcycling history. Now Kawasaki is channelling that bike to create a new Z900RS retro.

A teaser video, just revealed by Kawasaki, confirms the bike’s name, its official launch date – 25 October this year – and shows snatches of the bike’s Z1-inspired styling. The brown-and-orange paint is a clear nod to its forebear, as is the round headlight and twin, chrome-ringed clocks.

What Kawasaki’s teaser doesn’t reveal is much in terms of technical details. Fortunately we’re here to help on that front. We’ve seen official documents that reveal key facts and figures about the machine, long before they’re supposed to be made public.

As the Z900RS’s name suggests, it’s heavily based on the new-for-2017 Z900. Where that bike is an aggressive-looking, modernist machine, the RS gains a completely different look, with a Z1-inspired tank and tail unit to go with its large, LED-lit headlight. But the changes go much deeper than a set of body panels; Kawasaki has put some real effort into getting the retro style right.

Notably, the water-cooled, 948cc engine is restyled to suit its new home. The sides of the cylinders are refinished with faux cooling fins, while the head gets polished covers over each of its two camshafts, just like the original Z1.

The technical details we’ve seen also confirm that the engine has been retuned for the Z900RS. Where the Z900 makes 123bhp at 9500rpm (92.2kW, 125PS) the Z900RS is angled towards lower rev punch. Peak power dips to 110bhp (82kW, 111.5PS) at only 8500rpm. The changes are in part due to mods to the fuel injection, but the bike also sports other alterations including a new exhaust arrangement. Our Japanese sources say that the pipes mimic the original Z1, with chrome headers snaking into two collectors before splitting back into four again for the tail pipes. The result isn’t just a distinctive look, but a louder, more characterful exhaust note as well.

The frame is the same lightweight steel trellis as used on the Z900, and the suspension is also carried over to the new bike, including the upside-down forks and monoshock rear end – it might be a retro bike, but Kawasaki isn’t going so far as crippling its handling potential with twin shocks and spindly forks. The brakes are similarly modern, with ABS-equipped petal discs.

Although not clear in the teaser video, our Japanese sources claim that alloy wheels will be standard, but that wire wheels may be offered as an option to complete the retro style.

The bike’s official launch will be at October’s Tokyo Motor Show, but with Europe being a key market for the bike it’s also sure to appear at the EICMA show in Milan the following month. Sales are expected to start in early 2018. Don’t be surprised if Kawasaki drip-feeds several more teasers between now and the bike’s official unveiling, too. 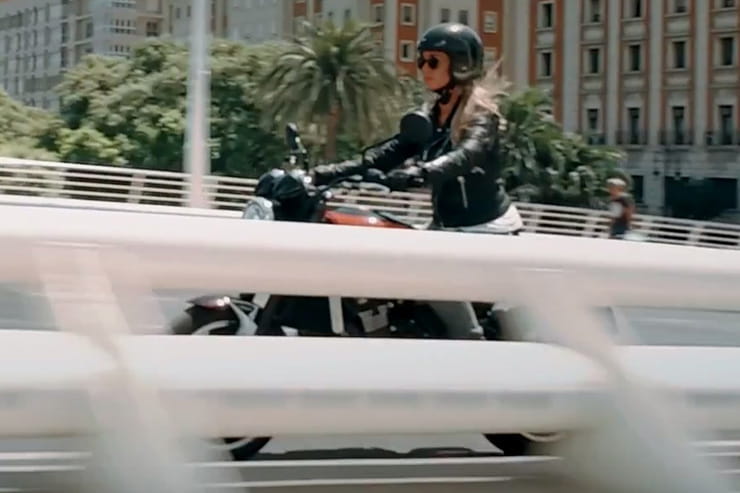 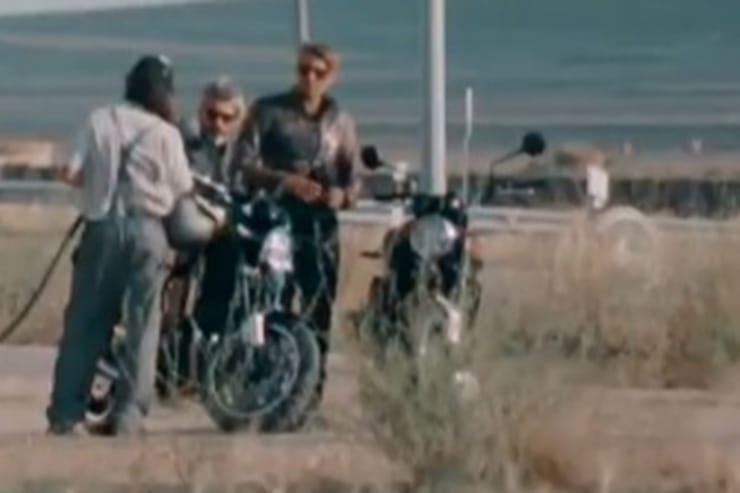 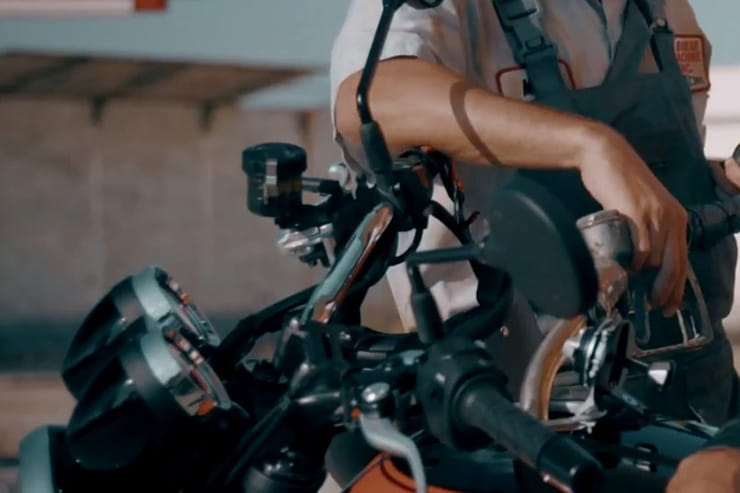 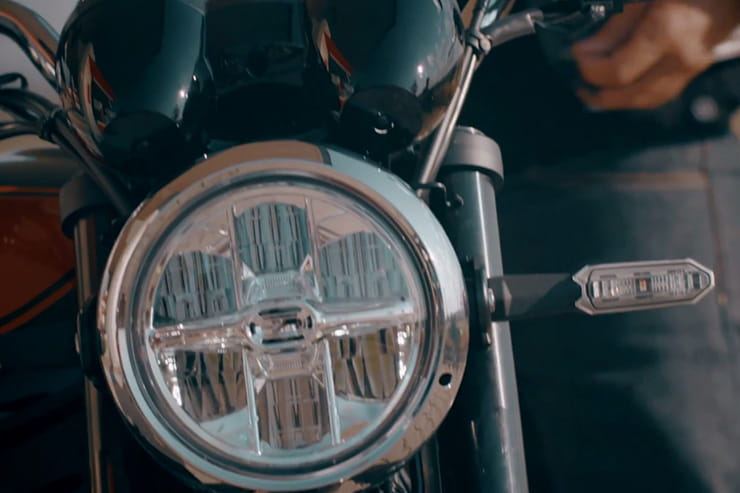 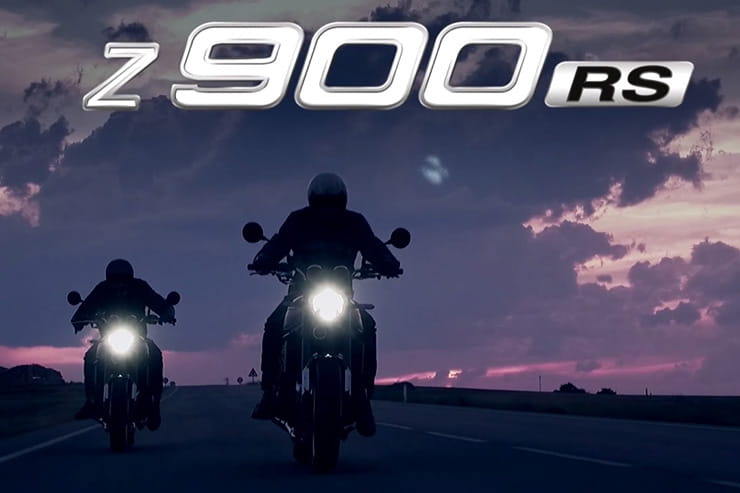