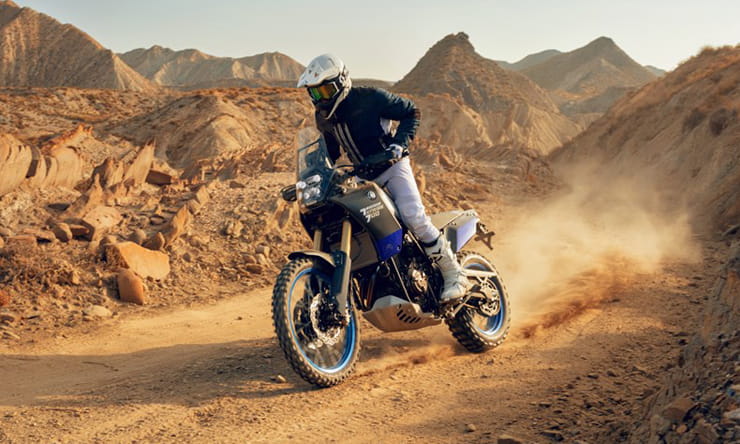 Ever since Yamaha whipped the covers off the MT-07-powered T7 Concept 12 months ago there’s been excitement over the forthcoming Tenere 700 that it was sure to beget. Now Yamaha has revealed that bike – but still only in prototype form.

It’s officially called the Yamaha Tenere 700 World Raid Prototype, and now Yamaha is quite open that it’s coming to production in the not-too-distant future under the Tenere 700 name.

While it’s powered by the 689cc ‘CP2’ parallel twin from the MT-07, the Tenere 700 is really a replacement for the much-loved XT660Z Tenere single. That bike was one of the casualties of the new Euro4 emissions limits.

Among serious adventure riders, with real off-road intentions, the old XT660Z was always popular. It might not have had the outright performance or smooth on-road manners of some of its rivals, but if you were venturing into the wilds its sturdy single and serious rough terrain ability put it in a class of its own. Yamaha has clearly recognised that appeal and wants to carry it across to the new Tenere 700.

The engine might be from the MT-07, but the chassis is new. A tubular steel affair, it’s light and slim, while tough enough to cope with severe conditions. The suspension, with upside down forks and a single rear shock, is expected to carry over to the production version, as is the overall style including the distinctive four-headlight nose. Compared to the T7 Concept, the seat is lowered to a more accessible height, but the rallye-raid-inspired shape is unaltered.

While the concept features carbon bodywork on the side panels, tail and front mudguard, as well as a one-off Akrapovic exhaust, the production version is sure to use more conventional plastics and a road-legal silencer.

Over the next 12 months, in the lead-up to the production model’s launch, Yamaha plans to take the Tenere 700 World Raid prototype on a globe-trotting trip, simultaneously testing it and promoting the new model. Expect to hear a lot more about this bike before being able to actually buy one, probably in late 2018. 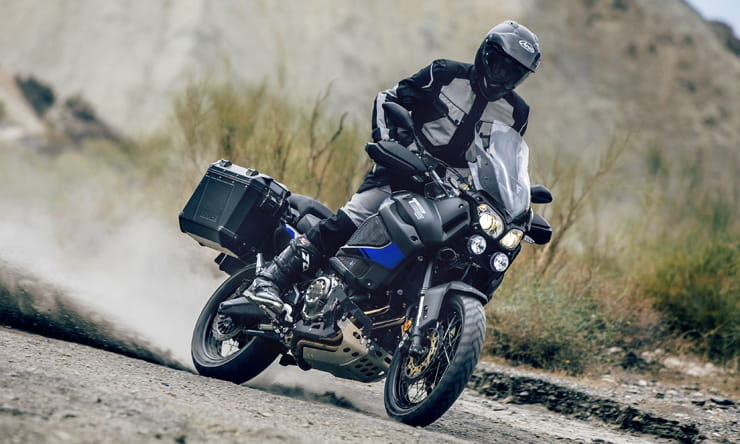 If you can’t wait for another year to get hold of a serious off-road-angled Yamaha adventure bike, the firm has also launched the XT1200ZE Super Tenere Raid Edition in Milan.

A partner model to the upcoming Tenere 700, the larger Super Tenere Raid Edition is based on the existing Super Tenere but gets add-ons to make it a more capable adventurer. With a 37-litre case on each side, it’s got luggage space galore, and there’s even the facility to strap more paraphernalia on top of them. For rough roads there’s a bash plate as standard. A higher screen than the stock bike, plus fog lights, mean the Raid Edition shares the same front-end look as the Tenere 700 World Raid prototype. It also gets carbon side panels, again like the World Raid.

Underneath there’s all the kit that already marks out the Super Tenere, including electronically-adjustable suspension, traction control, cruise control and multiple riding modes.