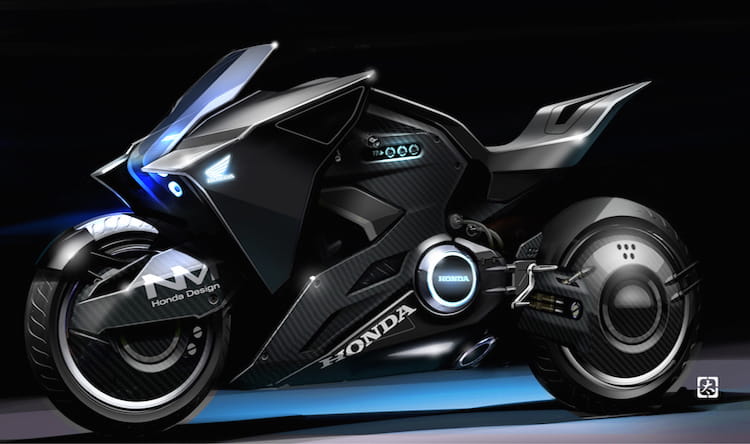 Film company Dreamworks have used the futuristic Honda Vultus as the base for the motorcycle star of its latest movie Ghost in the Shell.

The Bike is based around the original sketches for the bike, and has been finessed by the film designers for its staring role. The story is a futuristic tale of a human saved from a terrible crash who is cyber enhanced to become the perfect soldier. The lead role is played by Scarlett Johansson who is no stranger to the world of two wheels. Her character Black Widow in the massive X-Men franchise rode an electric Harley-Davidson code called Project Livewire.

At the heart of the bike is a twin cylinder 750cc, 50bhp engine that features a DCT (Dual Clutch Transmission) that enables the rider to either ride like a twist and go scooter or use buttons on the handle bars to change gears. All this technological hardware, plus the Vultus’ already futuristic styling, meant the bike was a natural starting point for the Ghost in the Shell team to build upon.

If beautiful femme fatales on motorcycles are your thing, Ghost in the Shell is released worldwide on 31st March.

For more information on the film head to www.ghostintheshellmovie.com