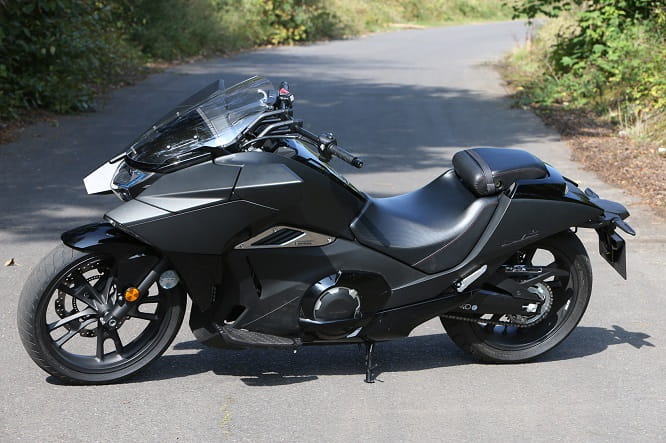 With motorcycling’s show season under way, there are sure to be some wacky looking concept bikes on display soon in Cologne, Milan, Tokyo and possibly even Birmingham. But we’re unlikely to see anything more outlandish than the NM4 Vultus that is now in production and arriving in Honda showrooms.

With its acres of sharp-edged, flat-sided bodywork, all finished in matt grey, the Vultus looks like either a stealth bomber or a cartoon creation intended for Batman. Which is no coincidence because it was created by a young team of Honda engineers who were inspired by Japanese “anime” cartoons and the super-heroes that often star in them. 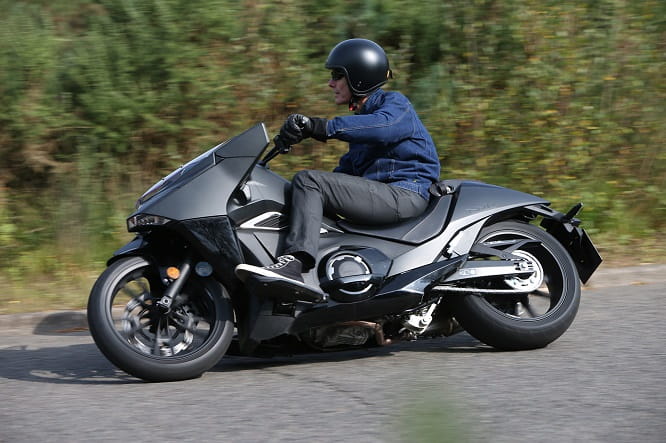 Basically the Vultus — whose name means Face in Latin — is a heavily restyled version of the Integra, the big-wheeled scooter that uses the same low-revving, 745cc parallel twin engine that powers the NC750S and X. Honda says it’s designed “with function from the future for a new breed of rider”, in other words that it’s aimed at non-motorcyclists.

It should also appeal to very short people, because its seat is an ultra-low 650mm off the ground. That seat is notably wide and incorporates a backrest, formed by the pillion seat, which hinges and can be set in a variety of positions. With the rider’s feet sticking forward and treated to generously sized footboards, the Vultus is seriously laid back and pretty luxurious. 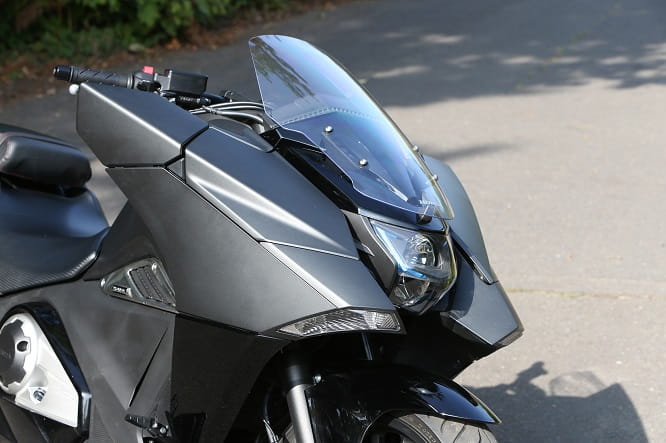 It’s also respectably quick, at least by scooter standards. The sohc, long-stroke parallel twin is unchanged from NC/Integra spec, putting out a max of 54bhp at a lowly 6250rpm, with emphasis on low-rev delivery. It’s not the most exciting of lumps but it’s smooth, flexible and gives a pleasantly relaxed feel, with enough grunt for overtaking and effortless A-road or motorway cruising, with a 100mph-plus top speed if you insist.

Honda’s long-stroke motor is also famously fuel efficient, so the Vultus should be good for over 75mpg, enough for a decent 150-mile plus range despite its small, 11.6-litre tank. What’s not so good, especially at higher speeds, is that futuristic fairing’s wind protection. The wide hand sections are too low to keep your mitts out of a chilly breeze, and the mirrors show mostly sleeve. The non-adjustable screen simply throws turbulent air at your helmet, making for a noisy ride. There’s some leg protection but less than you get from most scooters. 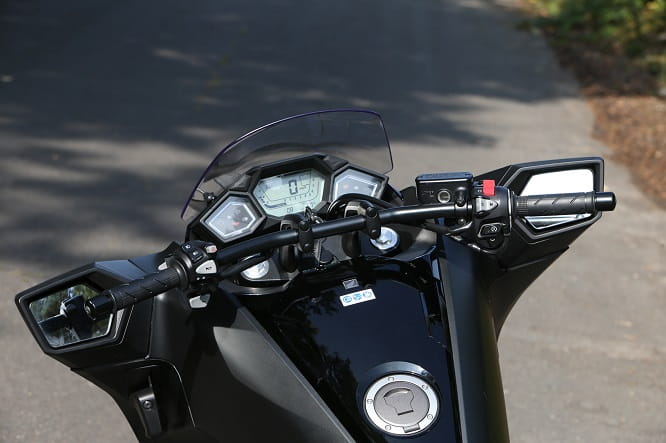 Like the Integra, the Vultus is only available with Honda’s Dual Clutch Transmission system. Apart from cost (it adds £600 to the NC models) that’s no great drawback because the system works well. It gives the option of automatic transmission (in either Drive or the slightly more sporty Sport, which holds onto gears a bit longer) or manual, via the impressively easily used finger-and-thumb buttons on the left bar. A bonus is that the digital instrument panel, which has 25 colour options for its display, can be set to change colour every time you switch DCT mode. Brilliant!

Handling is pretty good, with the Honda’s big 18-inch front wheel and truck-like wheelbase aiding stability, and the suspension doing a decent job of smoothing the bumps even though the rear shock gives only 100mm of travel. At 245kg the Vultus is heavy for anyone but a super-hero, and a bit cumbersome for slow-speed manoeuvring, but at least it’s easy to put down a reassuring foot. There’s a fair amount of ground clearance too but the single front and rear disc are disappointingly lacking in bite, and the ABS system cuts in too early. 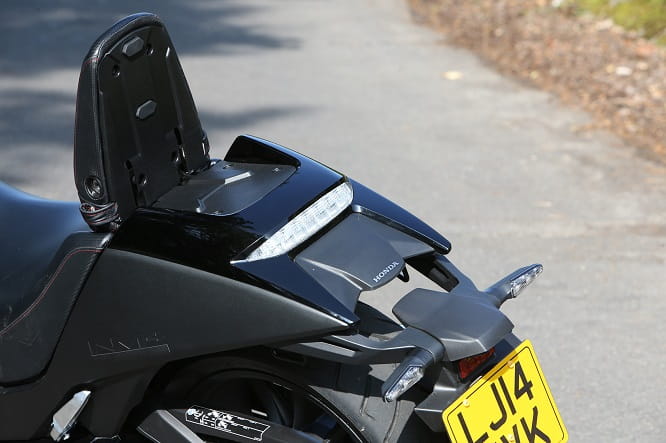 Unfortunately the Vultus also falls down in having very little storage space, which won’t impress anyone thinking of abandoning a scooter. There are two glove compartments in the fairing, one lockable and containing an electrical socket, but they’re both very small and there’s no room for storage below the seat. When the pillion seat hinges up it doesn’t reveal a well designed or bungee-friendly place to carry luggage, which is a real open goal missed.

Some of these failings can be addressed with accessories, which include a higher screen, heated grips and small, built-in panniers. But those add up to an extra £1300, on a machine that already costs a hefty £9666. Given that the Integra costs £7699 and the NC models with their identical engines are considerably cheaper still, it’s hard to see where, apart from a Batman convention, Honda will find takers for its curious comic-book creation.