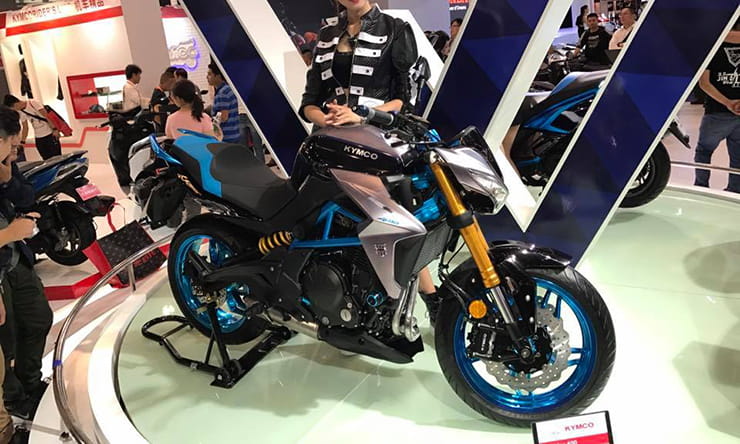 Taiwanese firm Kymco has cemented its relationship with Kawasaki by revealing this pretty naked sportsbike bearing the engine from a Japanese-market Kawasaki ER-4.

If you’ve been keeping up with Bike Social this bike, dubbed K-Rider 400, won’t be a complete surprise. We brought news of the new model back in August, along with a set of line drawings that turn out to have been completely accurate in representing the bike’s shape.

OK, so back then we said it was to be powered by the 650cc Kawasaki ER-6 engine, but to be fair the Japanese ER-4 is simply a sleeved-down version of the same unit, created to meet Japan’s 400cc licence tier.  However, given that the engines are externally identical, it would be simply a case of swapping one for the other if Kymco decides to create a 650cc version as well. If Kymco harbours hopes of selling the model in Europe, the larger engine would be vital to making it a success. 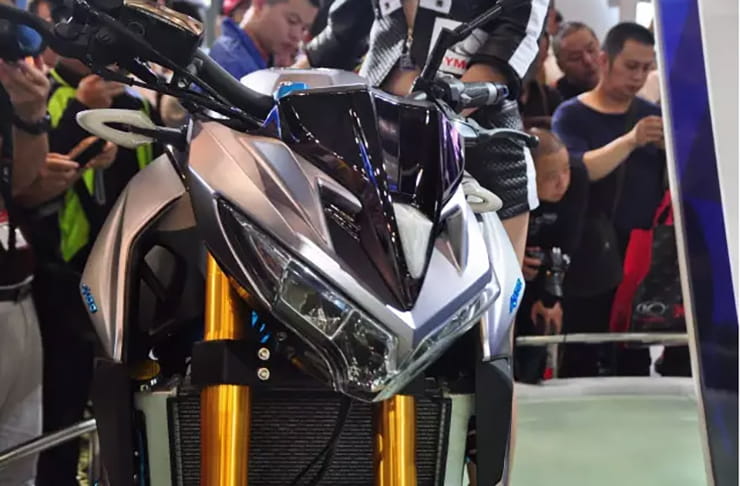 As well as borrowing the Japanese bike’s engine, the new Kymco uses the Kawasaki ER-4’s swingarm and rear suspension. Kawasaki is probably happy to lend it to the Taiwanese firm because it has replaced the ER models with the almost entirely new Z650 and Ninja 650 for 2017.  Kymco is effectively being lent the obsolete, old-model stuff.

Up front there’s a new steel trellis chassis that’s actually closer in concept to the new 2017 Z650 and Ninja 650 models than the old ER-6, although it’s not as impressively light as the new Kawasaki frames are. Weight is pegged at 210kg, significantly more than the new Kawasaki Z650, which is just 187kg.

The gold-anodised, upside down front forks and radial brakes calipers on the Kymco do look rather more exotic than anything offered on the Kawasaki equivalents, although it’s impossible to judge at this stage whether their performance will live up to their appearance.

At the moment, official information on the new Kymco is thin on the ground and it’s only been shown in China. It’s likely that it’s still quite some distance from being production ready, although Kymco has a good track record of turning show bikes into showroom models.

We may well find out more about the plans for the new machine at the EICMA show in Milan next week.

It will be intriguing to see how deep the ties between Kymco and Kawasaki eventually become. The firms have already cooperated before; Kawasaki’s J300 and J125 scooters are rebodied Kymco designs. But the Taiwanese firm also has connections with other brands, particularly BMW, since it makes the engines for the C-series scooters and the range-extender petrol engine for the firm’s electric i3 car. It also built the engine for the firm’s G450X enduro bike.

More news on the K-Rider project as we get it. 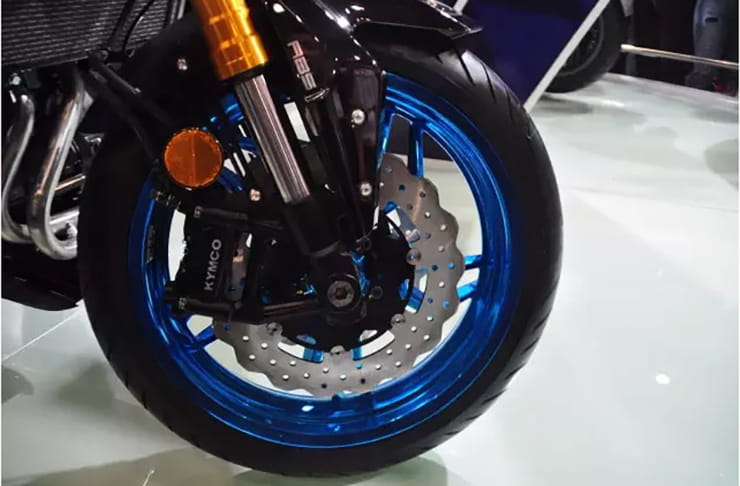