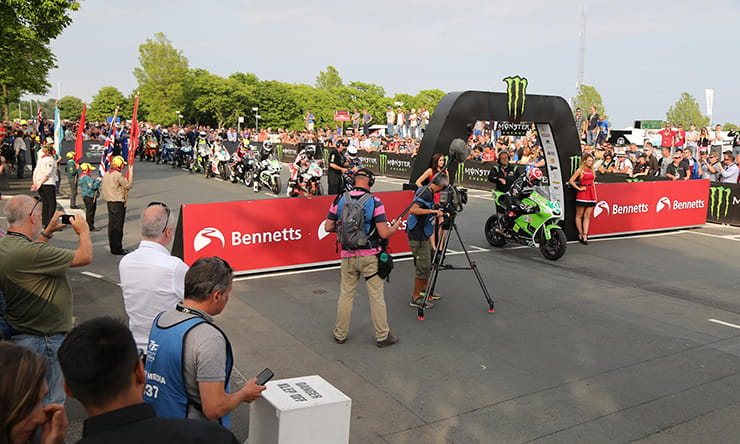 Only last week we reported on a Joey Dunlop film in production and now it’s the turn of the Isle of Man TT for a shot at the big screen.

It’s easy to argue that the Isle of Man TT provides enough drama on its own without the need for a fictional script. There’s no denying that it’s an event that offers more the excitement, action, thrills and heartache that any Hollywood scriptwriter could come up with. But it’s just this that could make it the ideal backdrop for a new movie that’s set to start shooting on the Isle of Man next spring.

We have to admit that there isn’t a strong history of fictional bike racing movies. Sure, Silver Dream Racer has a cult following of a sort, but all too often the moment film directors get their hands on bikes the result is a mess of physics-defying action, 100-speed gearboxes (how come there’s always another cog for the hero to shift to when that vital overtake is needed, and why wasn’t he using it already?) and mismatched engine noises.

However, the latest project, while still shrouded in secrecy, sounds promising. Dubbed simply ‘Isle of Man’ the movie is to be written and directed by 44-year old American, Ben Younger, who’s recently been garnering positive reviews for his new boxing biopic, Bleed for This, which has just had its official premiere.

Younger (whose other credits include 2000 movie Boiler Room and 2005’s Prime with Uma Thurman and Meryl Streep) is the key to the film’s potential, not least for his movie making abilities but also because he really knows bikes. He’s raced at club level, ridden the TT course and has harboured ambitions to make a movie about the TT for more than a decade. 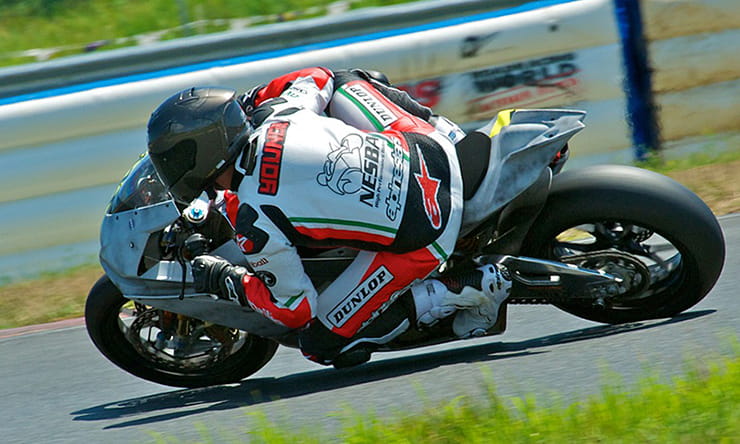 Photo: Director Ben Younger in action on his own race bike in 2010. Credit: http://www.motorcycle-usa.com/

“I’m thrilled to be partnering with Bold Films on what is an absolute passion project,” said Younger in a statement. “The TT is the last, great, dangerous race on Earth and I am excited by the idea of bringing this new world to a general audience. Over 200 racers have lost their lives on this Island. I want to do their stories justice.”

While details of the new movie’s plot are understandably being kept quiet, it’s understood that it will be filmed like Steve McQueen’s Le Mans or John Frankenheimer’s Grand Prix in that it will be set against a present-day background using a fictional plot and lead character.

That character is expected to be an American bike racer coming out of retirement to race at the TT. By using a fictional character and alternative-present setting, it’s likely that the script will be able to incorporate elements of real-world TT history in its script without being forced to be uncompromisingly historically accurate

No cast has been announced as yet, but the project does have funding in place from Bold Films.

Simon Crellin, Head of Communications for the TT, said: “High profile feature films are a great opportunity to promote the event and introduce a new audience to road racing and motorcycling, as we saw with the TT3D Closer to the Edge film.  We work closely with any proposed film company and production to ensure that the TT and the riders are properly represented and to make sure that filming and logistics around what can be a complex event run as smoothly as possible.”

There have been false starts on the project before; it was mooted as long ago as 2006, and Younger had a script completed in 2008, but with financing now in place the movie is expected to finally begin filming in March next year.