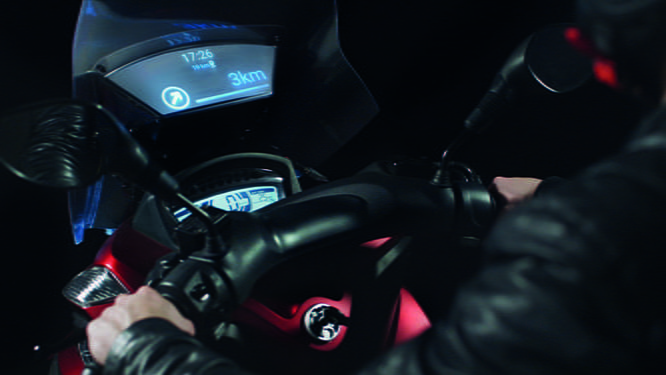 Samsung Smart Windshield: The first concept of a smart windscreen for scooters

Yamaha have teamed up with Samsung to develop what they see will be a step forward in road safety.This was achieved after digesting statistics from Italy on road traffic accidents involving scooters ridden by people in the 16 to 24 age bracket. With these younger riders finding it difficult to resist using their smart phones whilst in control of their scooters, the Samsung Smart Windshield is pioneering the way in removing the temptation for people to check their phones whilst on the go. This is perhaps an answer to a question that nobody actually asked?Our first thoughts would be to avoid anything that could tempt any rider from not giving the road their 100 per cent concentration.

Samsung have chosen the funky Yamaha Tricity to showcase the technology. Samsung and Yamaha understand the social need to reduce the number of potential incidents which are due to the incorrect use of smart phones. This research was made with the co-operation of scooter users: the Samsung digital platform has collected their suggestions in order to have more information and insights.

Operating as a second display, the dedicated app will notify of incoming calls, SMS and WhatsApp messages, email and other notifications that can be viewed directly on the smart windscreen. The rider can then make a choice as to whether to stop in order to answer, or just to send an automatic reply message whilst leaving their phone safely stored in a pocket  or under the scooter seat. 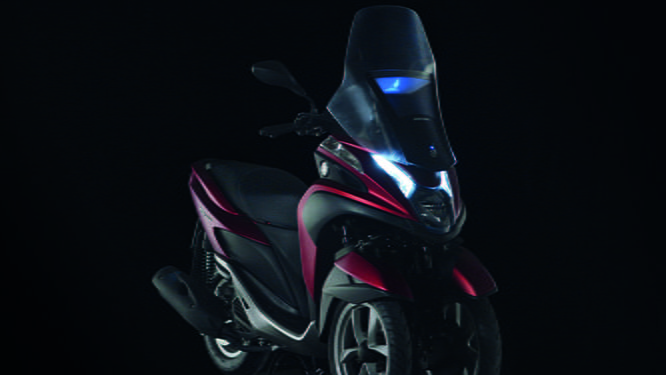 In principal the idea is a good one, but would a notification of an incoming text message make you less likely to fumble for your phone when riding?

It’s early days for this technology, but it’s definitely an issue that requires manufacturers to tackle the problem head on, for that alone the Samsung and Yamaha alliance should be applauded.

Too distracting or a leap forward in safety?  or