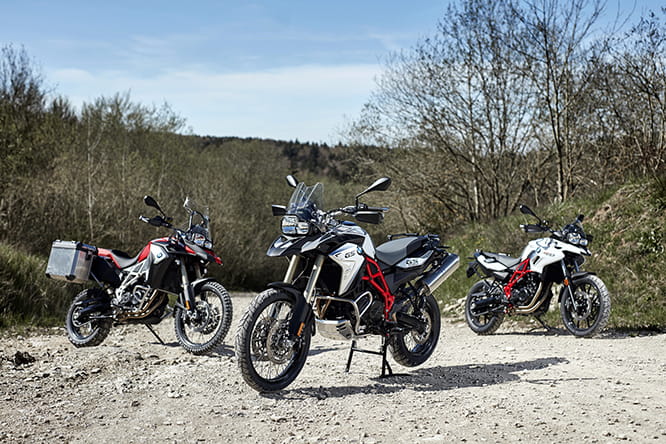 Let’s face it, if you’re looking for the formula to create a successful adventure bike that’s going to practically sell itself, you’d do well to look at what BMW have done over the last 20 odd years. Almost every bike that has rolled out of the factory gates has been a massive success. Journos have lauded the off-road capability and on road, while many owners have found them to be the perfect everyday bike, even if the most off-road action most bikes see is the end of a gravel driveway.

So, when it comes to a refresh of BMW’s parallel twin adventure range, you won’t be surprised to hear that it is very much a case of evolution over revolution. All three have had to be tweaked slightly to fall in line with new Euro 4 regulations, as all manufacturers are having to do. As a result, BMW has introduced a mildly updated range, and BikeSocial was on hand to report the changes when they were announced earlier at the BMW Motorrad Day event in Garmisch-Partenkichen, Southern Germany.

For 2017 the F700 GS, F800 GS and F800 GS Adventure range is still aiming squarely at the new/returning rider segment, with its rugged enduro DNA and low seat height, it’s about as accessible and un-intimidating as you could get for an adventure bike. 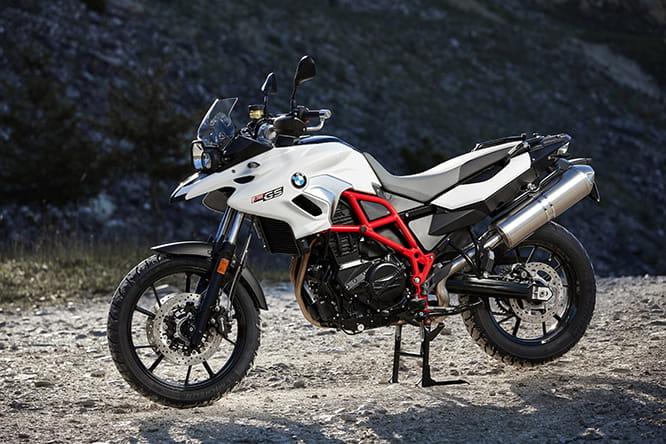 The bulletproof and now Euro4 approved four valve parallel twin is the heart of the bike, kicking out a healthy, if not bewildering, 74bhp for the F700 GS and 85bhp for the F800 GS and Adventure, enough to bring a grin to your face off road but probably not capable enough for proper two up touring. Another new addition is BMW’s ‘E-Gas’, ride by wire throttle to you and me, and sees the introduction of ‘Rain’ and ‘Road’ modes.

If you happen to be the kind of rider who is genuinely going to get the thing muddy, BMW have some additional options that may well take your fancy. The F800 GS and F800 GS Adventure can be spec’d up with extra riding modes, Enduro and Enduro Pro, which change the throttle response and ABS settings to step in and help out should the going get a little too tough.

The F700 GS and F800 GS BMWs were only given a new lease of life this model year and Bike Social got to ride them both at the launch back in March. Here's the review.