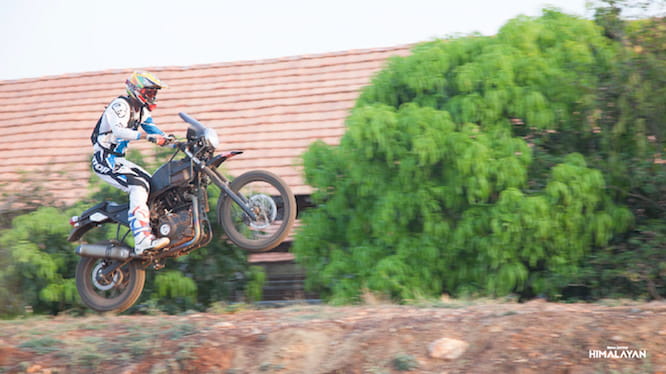 Royal Enfield’s single cylinder adventure bike, the Himalayan, has broken cover as a finished product for the first time.

Spy shots of the Himalayan have been circling for the last 12 months but now, a series of pictures have been posted on the firm’s website showing the mini-adventure bike largely in off-road surroundings, but also undergoing rigorous testing at Bruntingthorpe Proving Ground, where Royal Enfield opened a UK-based design centre last year.

While full details of the bike are yet to be made available, a blog by the firm’s CEO, Siddhartha Lal, posted on the Times of India yesterday reveals why Enfield opted to develop a mini-adventure bike and briefly touches on its technical specification.

Lal has been testing the Himalayan personally over the last two years, first riding the bike at Bruntingthorpe in 2014 before taking a prototype into its natural habitat for the first time in the Himalayas last summer. He’s also ridden it at the Chennai race circuit, before taking the production-ready version on an 800 kilometre trip from Goa to Hampi earlier this month. 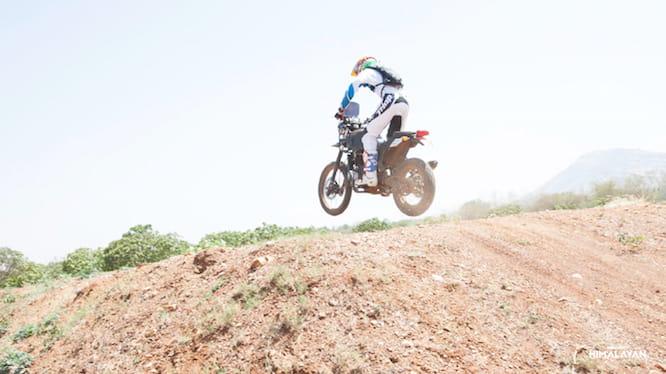 “The Royal Enfield Bullet was first brought to India to be used by the Indian Army in the Himalayas,” explains Lal, “and its success in these tough terrains is the foundation of Royal Enfield’s enduring relationship with adventurers in India.

“Large adventure tourers that currently define this category do not fare well in the Himalayas as they are heavy, extremely complicated, and not designed for this environment. They guzzle high octane fuel in a region where there are few petrol stations. They come to a stop if there is an issue with their electronics and unlike in European conditions, there is no RAC or AA breakdown service in sight. And anyways, most people who aren’t six feet tall find these motorcycles very intimidating – so that rules out 99% of Indians!

“I rode the prototype extensively in the summer of 2014 at the Bruntingthorpe airfield and surrounding off-road tracks in the UK. While riding onto a steep muddy hill and going down its slope, the motorcycle gave me tremendous confidence with its gradability, high ground clearance and beefy suspension.

Lal told Bike Social in May last year that Enfield were working on two new middleweight engine platforms, and it’s thought one of these is what powers the Himalayan. 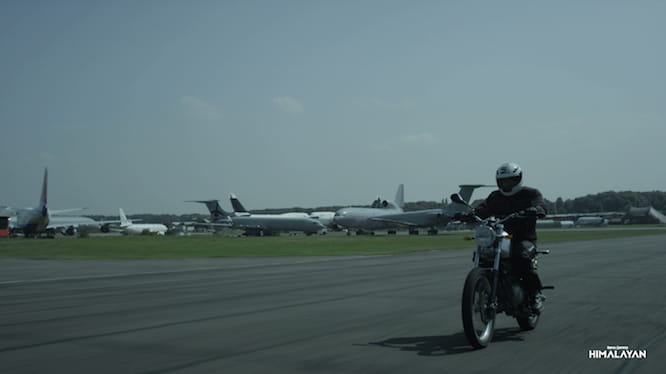 “The all new engine delivers high torque and usable power at lower RPM,” his blog continues. “This makes for smooth riding in higher gears at lower speeds, making it easy to climb hills, or to manoeuvre through traffic. Fewere moving parts with modern materials and aggregates means that the engine is low maintenance and very efficient, and can go 10,000km between oil changes.

“In addition to great off-road abilities, we have designed the Himalayan to have impeccable on-road manners as well. As I was banking on the wet corners on the Chennai race track in early 2015, the Himalayan stuck to the ground and responded exactly as I expected it to, giving me the confidence to push the motorcycle even harder while the rain was coming down relentlessly.” 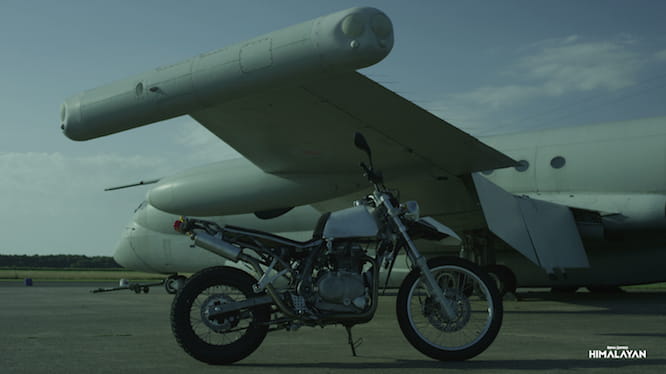 Lal reveals the Himalayan is equipped with suitable tyres for off and on road performance, a 21-inch front wheel, high ground clearance, long suspension travel and a 15 litre fuel tank.

Royal Enfield confirmed to Bike Social there is 'potential' for the Himalayan to come to the UK, but stressed that they 'want to get the bike right in India' before introducing it to other markets.