HRC made a strong start to the 2014 Dakar Rally with victory for Joan Barreda in the first stage of the gruelling South-American challenge which saw riders battle it out over 809km, including an 180km special stage in the middle of the stretch. 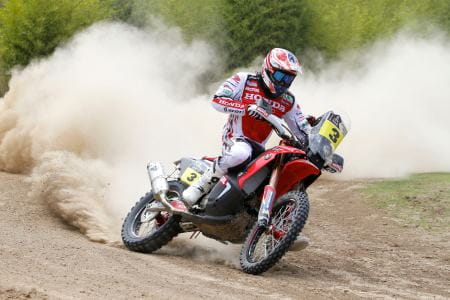 Barreda made a strong start on his Honda CRF450 Rally clocking up the fastest time in the timed stage which saw riders endure bumpy narrow tracks and blind jumps. The Spaniard carried through this pace to retain first place at the end of the 809 km trek.

“It’s been a great day. I’m really pleased for the first win with Honda, especially for the team that has worked so hard the whole year to produce this new bike” commented Barreda.

“I’m really happy to have begun the Dakar like this. Today was a tough one. Few kilometres but with a very difficult track full of rocks and very slippery. I managed to get off really well in the second part, keep up a good pace and get a result in the end.”

Red Bull KTM rider Marc Coma finished just thirty seven seconds behind compatriot Barreda after taking it ‘easy’ on the first day as he goes in search of his fourth Dakar title. 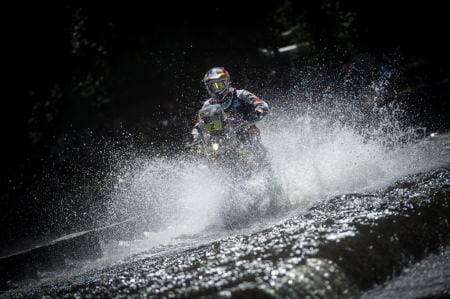 "It was not easy with just a special of 180 km and on the first day of the Dakar you don't yet really have the right feeling” explained Coma.

“But I am happy for what we managed today. I took things fairly easy but the race is long and this is just the beginning."

Defending champion Cyril Depres took third in the journey from Rosara to San Luis, one minute forty seconds behind leader Barreda. The Factory Yamaha rider was first out on stage, meaning he’d have no tracks to follow and had to set the route for other riders.

“Opening the piste it took me a while to find my pace and then about 50km from the end, coming out of a canyon, I saw a dust trail behind me and thought to myself, ‘ah yes, Marc is back’ and accelerated a little” said Depres.

“In the great scheme of things the finishing position isn’t of much importance, but it is good to know that I’m up to speed and overall it was a good day for myself and the team, on our first Dakar special together.” 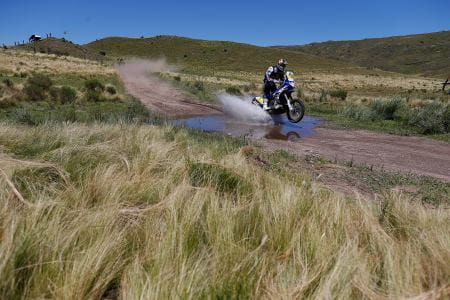 Monday will see riders tackle another 709km including a 359km special stage which is set to be the fastest of the 2014 Dakar. The last 100km will see riders face the grey dunes of Nihuil, which are set to challenge even the most experienced riders in a technical test of durability.