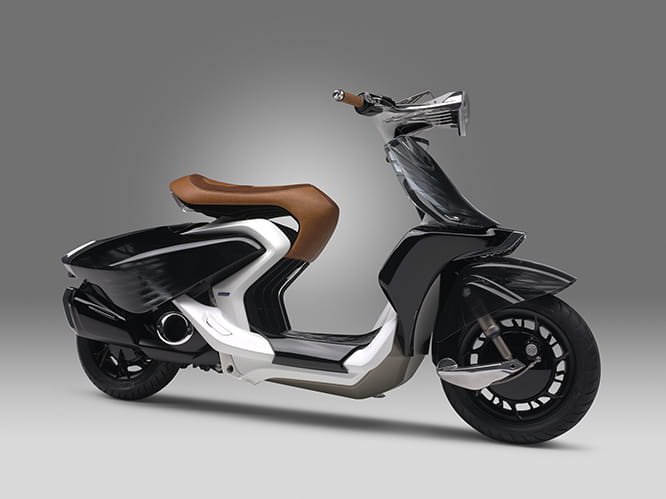 Motorcycle marketing hyperbole has taken a giant leap forwards. Straight from Japan, it’s the wordsmiths at Yamaha who have previously been responsible for the PR and Marketing campaign surrounding the MT range and its ‘Dark Side’ as well as the Yard Built concept and Faster Sons crusade who have moved it on following the announcement of a new concept scooter.

At the first ever Vietnam Motorcycle Show, in Ho Chi Minh, this week, Yamaha have unveiled a rather glamorous, high-end fashion scooter named 04GEN.

So says the press release, ‘The 04GEN design is based on the RUN-WAY concept, which evokes the image of women with an air of dignified elegance and grace in both mind and body.’

We assume it’ll be like riding a supermodel then. 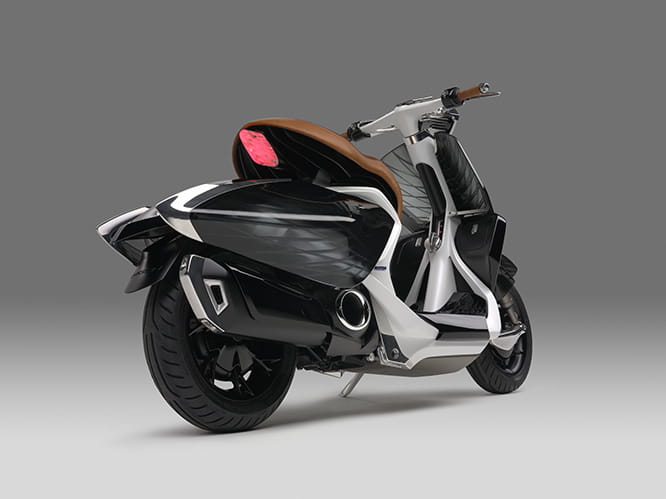 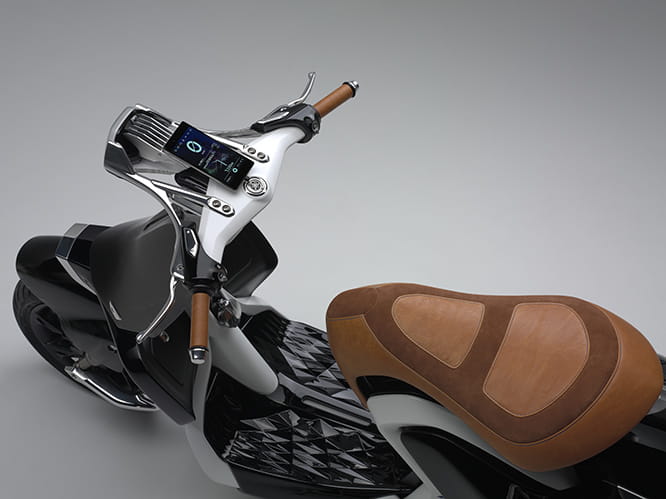 Looking rather similar to the Vespa 946, Yamaha’s version of a premium scooter is certainly striking in appearance and from the images we can see some exquisite craftsmanship and modern technology on show. A one-piece brown leather seat and leather handlebar grips might not feature on the production version, should the model make it that far, but the 12” rear wheel, two luggage compartments and forward-mounted fuel tank adjacent to a fuel gauge would.

Only last month Yamaha bought us news of their link with Samsung to create a Smart Windshield and it looks like that partnership has continued with a smartphone acting as an instrument panel in the centre of the handlebars. 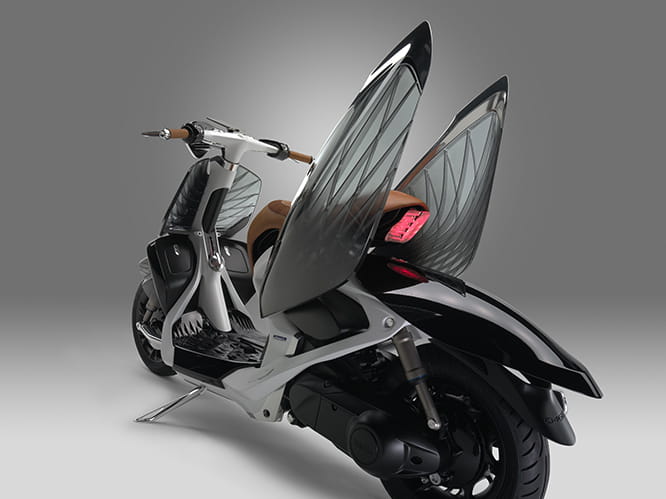 One image provided shows a Batmobile-esque ability to lift either side of the mainly semi-transparent resin body which are reminiscent of a fly’s wings.

Take a look at the unveiling complete with six ballerinas courtesy of this video from Vietnamese motoring website, Xedoisong:

Yamaha will contine to show the concept bike as and when opportnities arise but what are your thoughts about it?  or